January 20, 2018 By Willow Moon
This post may contain affiliate links. As an Amazon Associate I earn from qualifying purchases.


Super Bowl Sunday is a culinary sport, so there should be a variety of options on the menu. These 20 Vegan Super Bowl Recipes include pizza, vegan nacho cheese, quesadillas, tacos and more. You are sure to find something for everyone with this resource!

I don't know about you, but when I think of Super Bowl Sunday I don't think football, I think culinary sport. I also think funny commercials and halftime show, but that's because I am not a sports enthusiast.

Did you know that Super Bowl Sunday is the second most popular day that Americans gorge on food? The first being Thanksgiving.

Even though I don't care about the game, I do care about my fellow vegans getting to partake in some proper party food. The recipes here are all finger foods (except the chili which you can slather on a vegan hot dog) because that's what makes a winning Super Bowl party, right!

These 20 Vegan Super Bowl Recipes include pizza, vegan nacho cheese, quesadillas, tacos and more. You are sure to find something for everyone with this resource! Click To Tweet 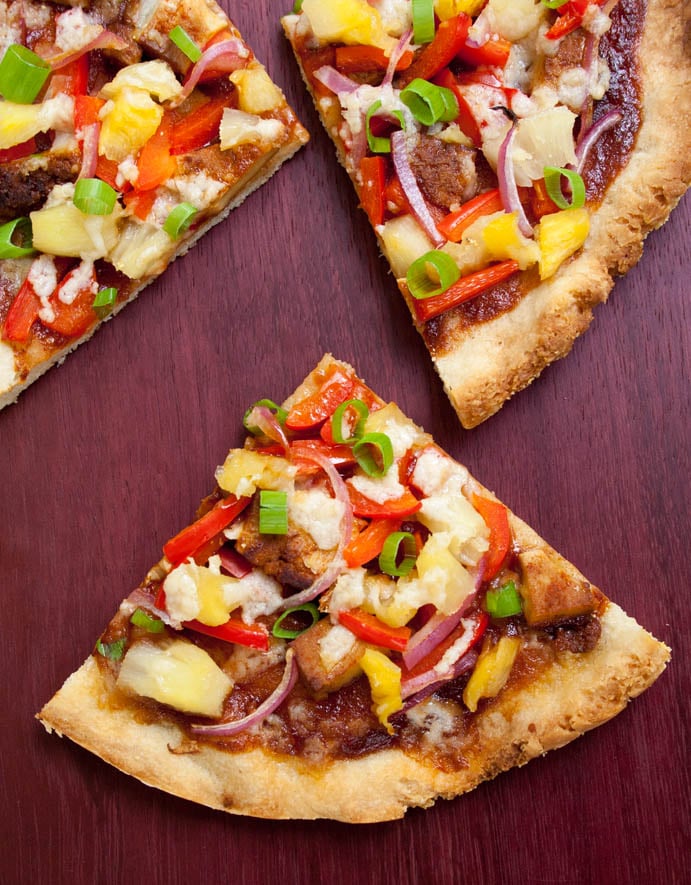 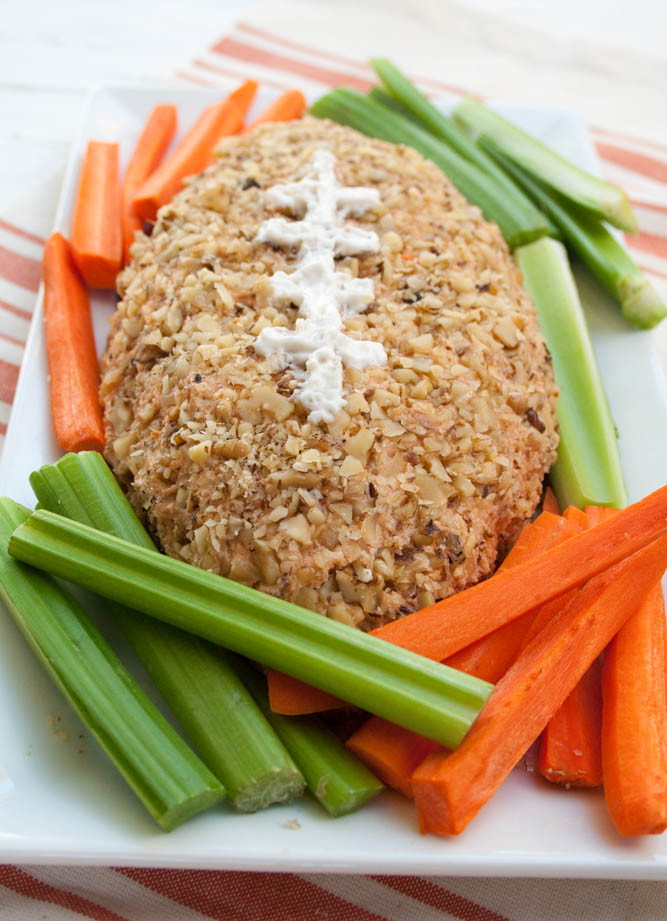 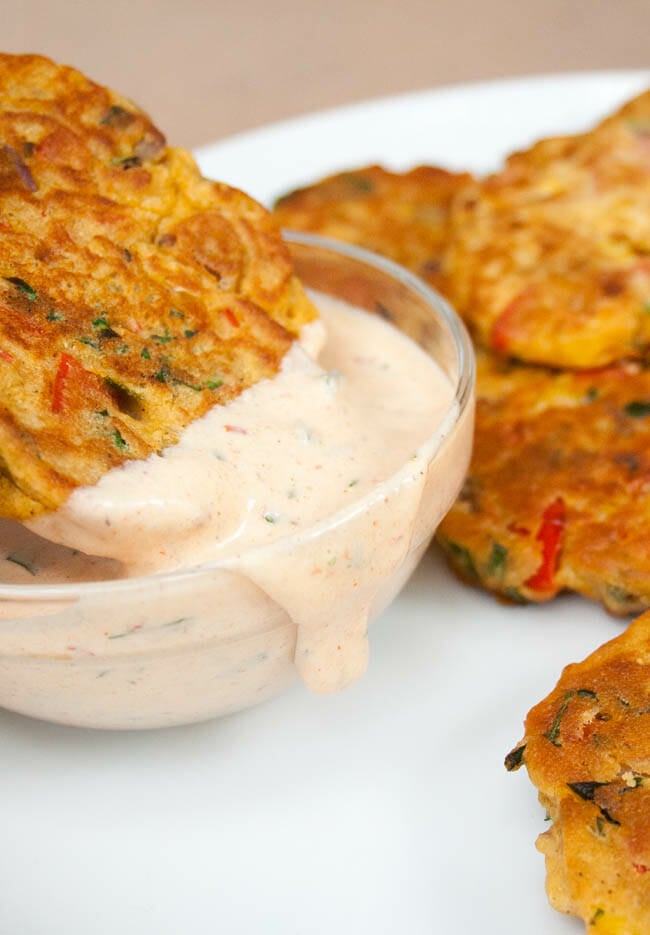 These vegan fritters will get eaten up as soon as you fry them. If chipotle peppers are too spicy for you, try Vegan Ranch Dressing instead. 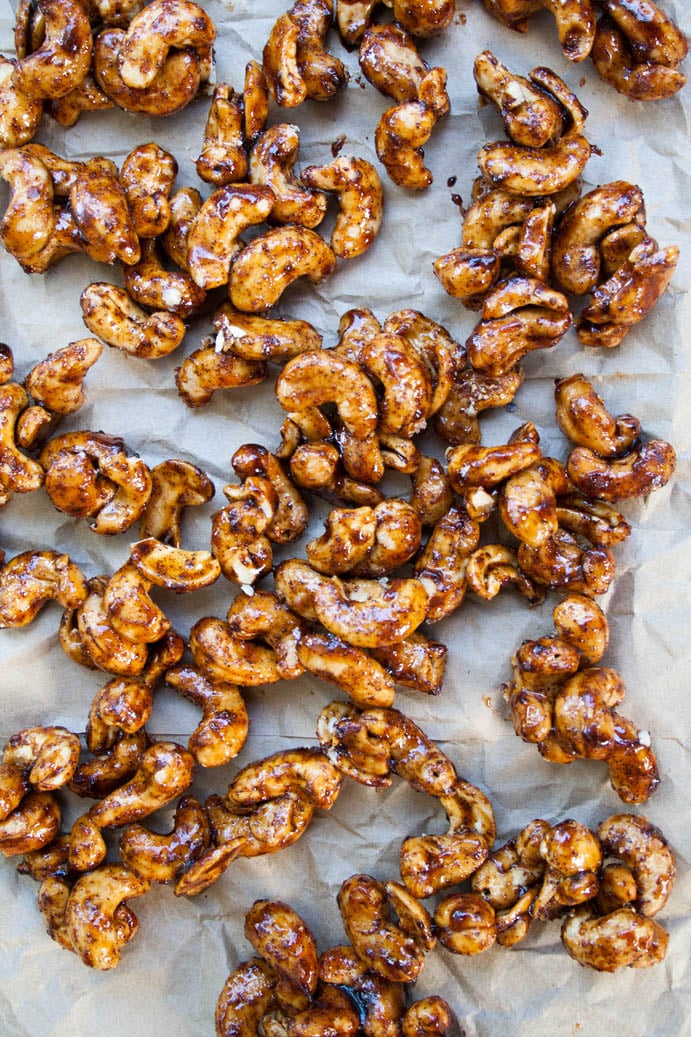 These Maple Chipotle Cashews are perfect for a party because they can be made ahead of time. If you have a guest that is allergic to nuts, try Sriracha Roasted Chickpeas instead. Better yet, make both! They can also be made in advance. 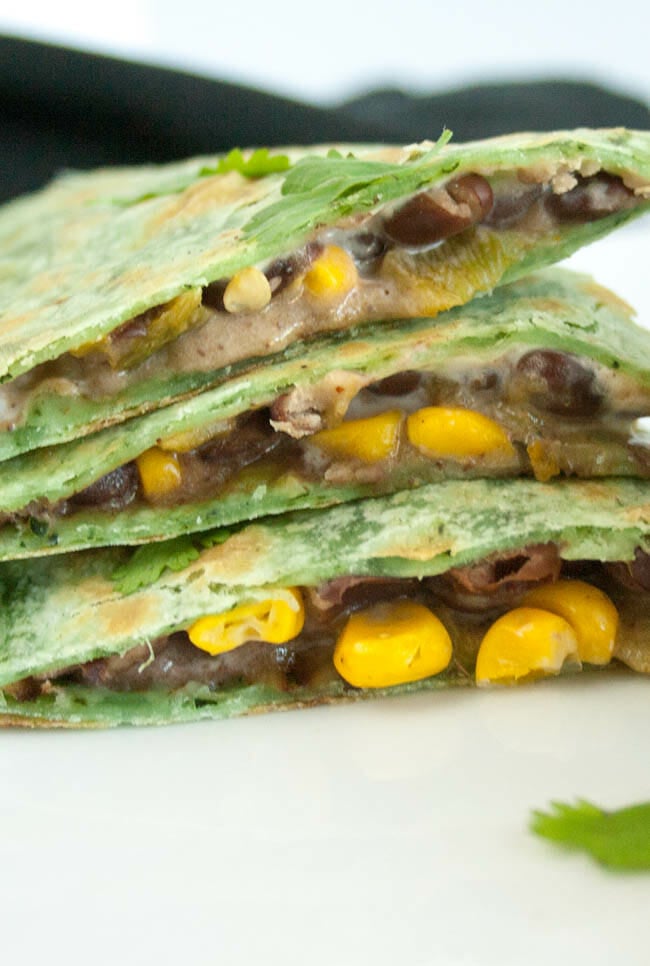 When I think of comfort food, I think of vegan quesadillas. They are one of those easy appetizers that can be made in minutes. 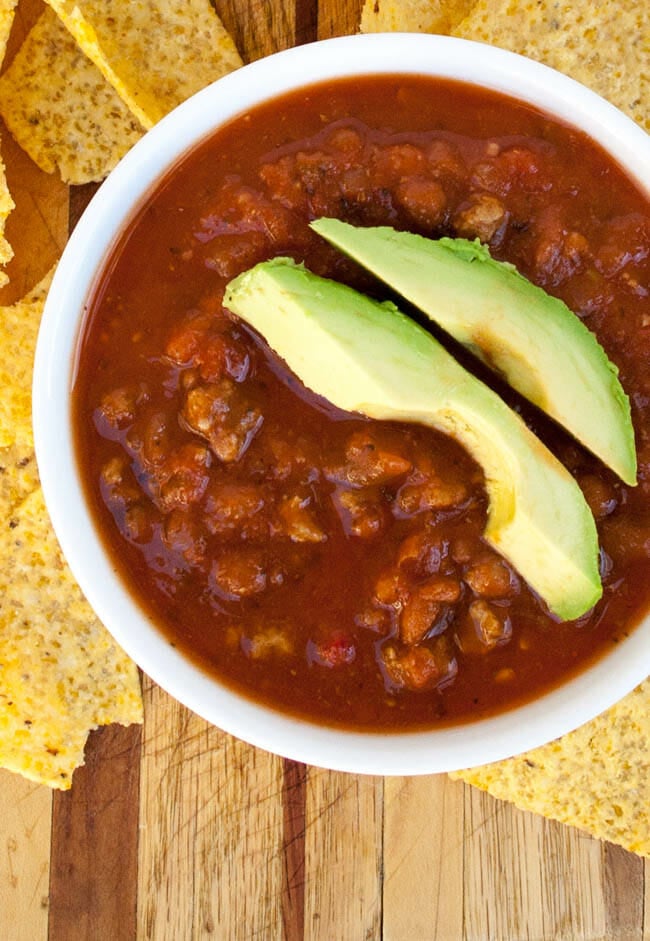 This 3 Ingredient Vegan Chili is another recipe that comes together in minutes. If you don't add a lot of water, it can be slathered on vegan hot dogs or added to nachos. 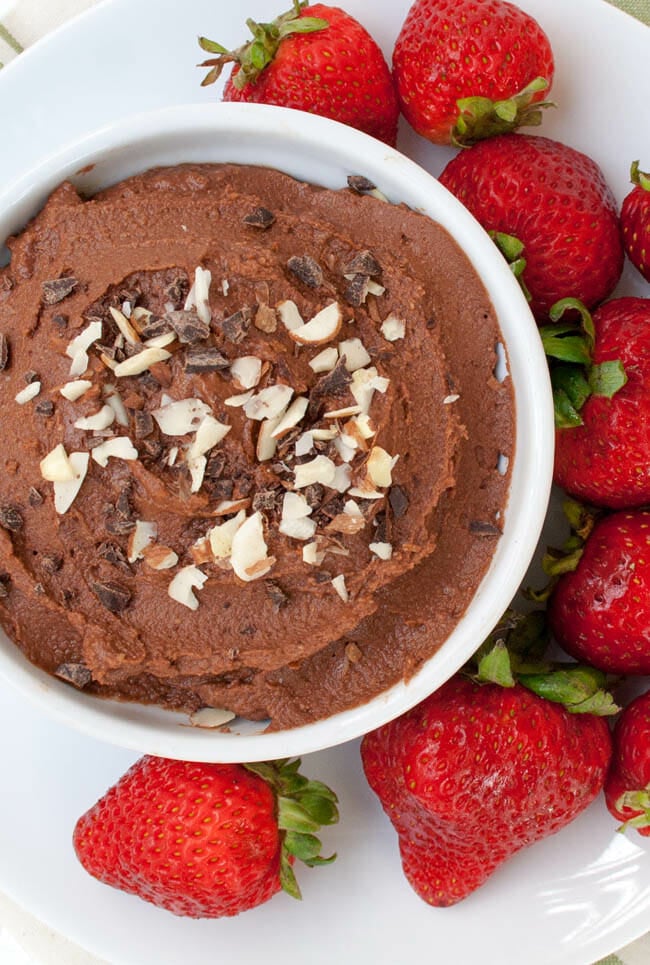 If you need a sweet treat for your menu, this is sure to please. It may be healthy, but it sure is addicting!

Better yet, make it into a Berry and Chocolate Hummus Dessert Pizza. If you prefer the combo of bananas, chocolate, and peanut butter, make a Banana, Chocolate and Peanut Butter Dessert Pizza instead. 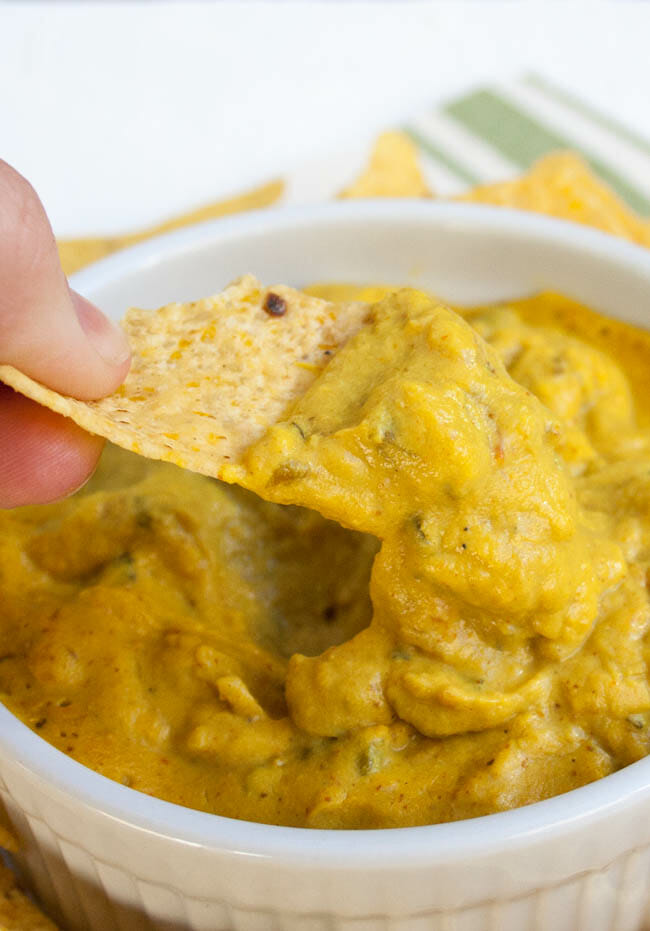 A Super Bowl party just isn't the same without some vegan nacho cheese. This creamy spicy dip is sure to be a party favorite. 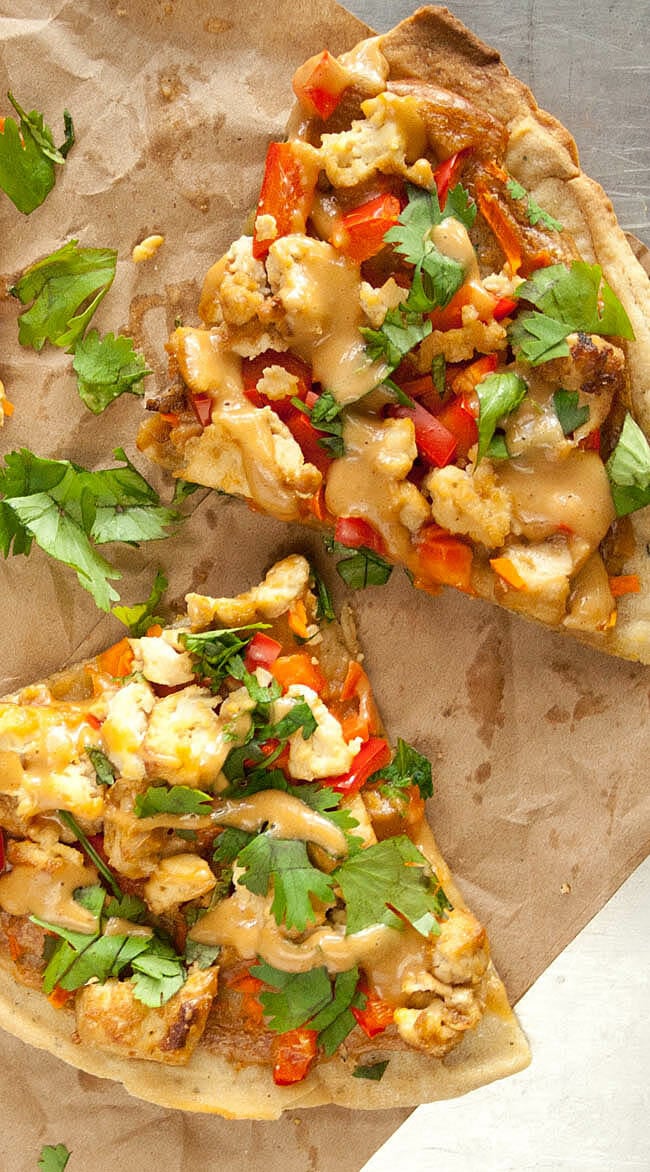 You may not think of Thai food when thinking of a Super Bowl party, but after tasting this fusion pizza, I bet you will change your mind! I could drink the sauce it is so good. 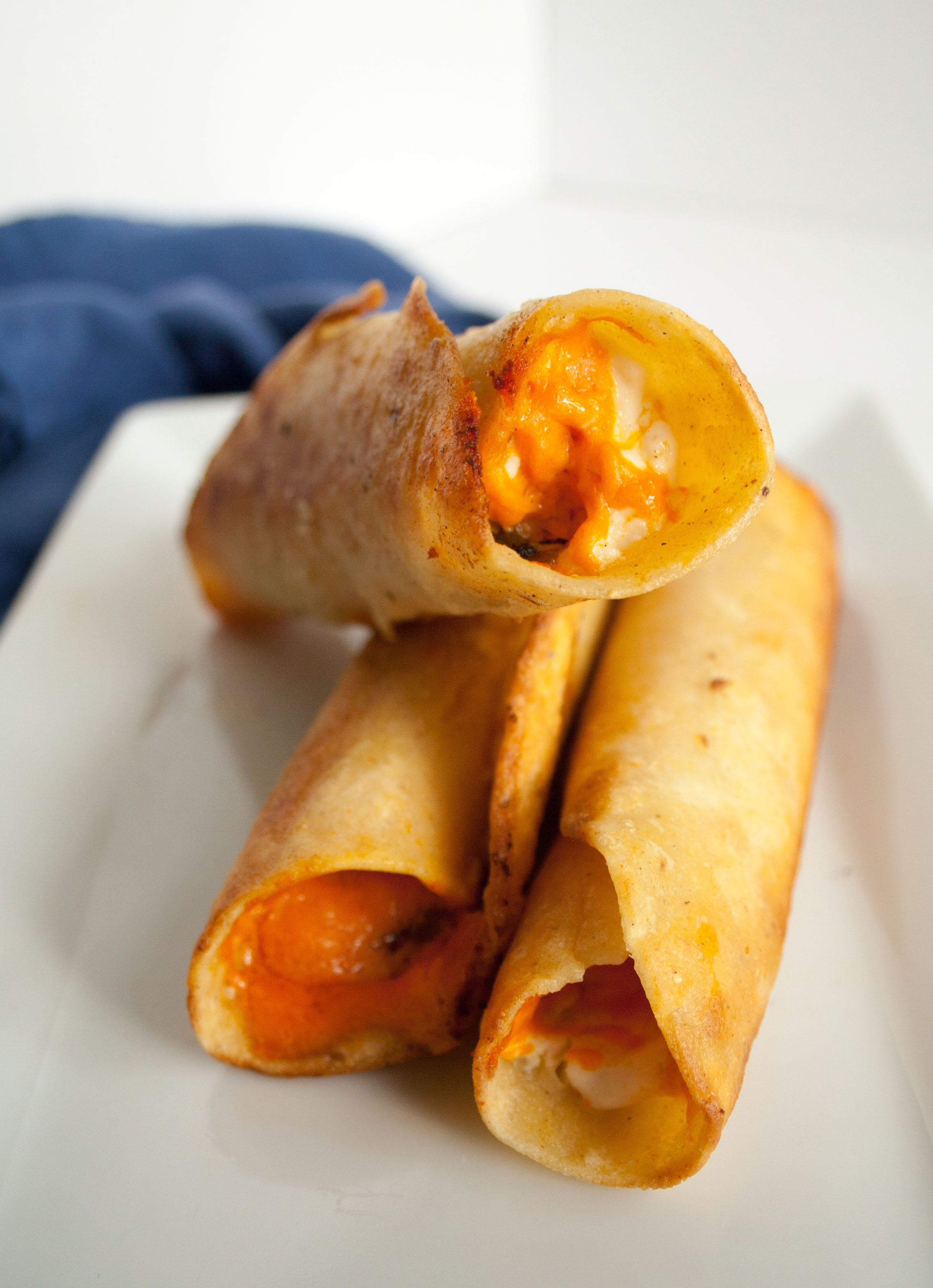 Taquitos are an easy indulging appetizer. These Vegan Taquitos are rich and spicy with vegan cream cheese and green chiles. Not to worry, I am drooling too. 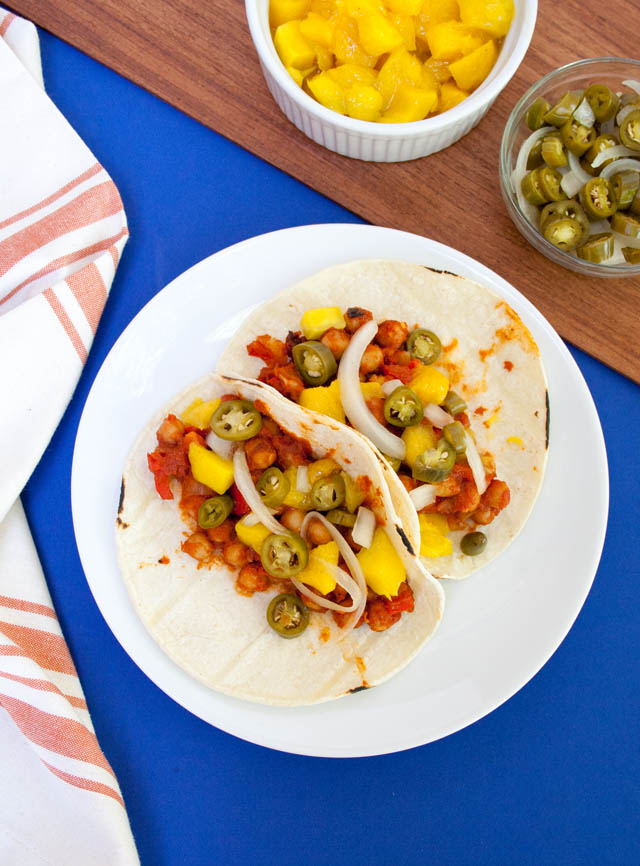 BBQ Chickpea and Mango Tacos with Pickled Peppers and Onions

These sweet and spicy tacos are sure to score a touchdown. When are tacos ever a bad idea? Customize them by using your favorite BBQ sauce, or make the homemade version in this recipe. 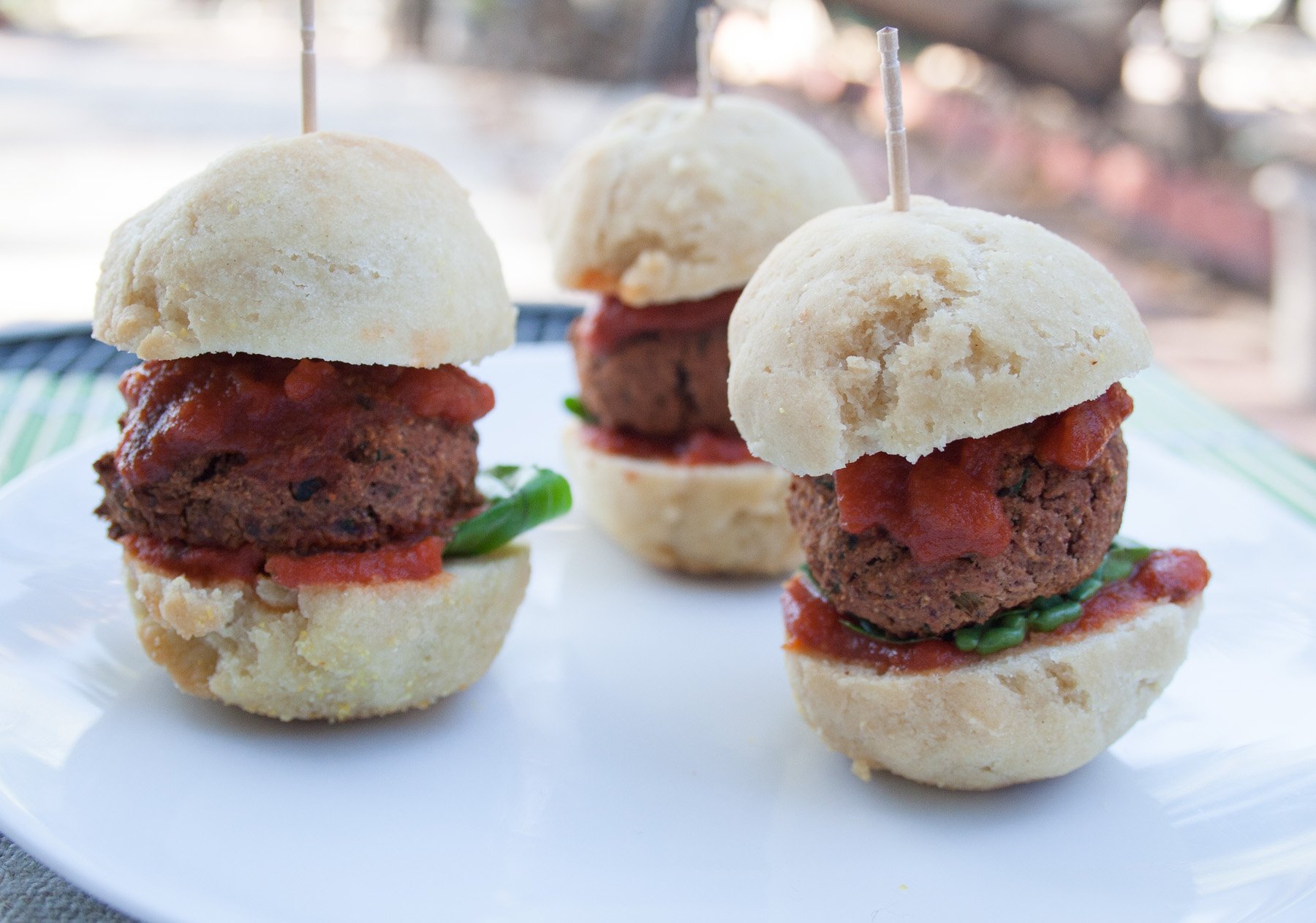 These cute portable sliders are perfect for when you want a little of everything on the menu (like me). However, the pizza flavors in these will have you going back for more! These creamy spicy bite sized pieces of heaven are a guaranteed win for your game day party. 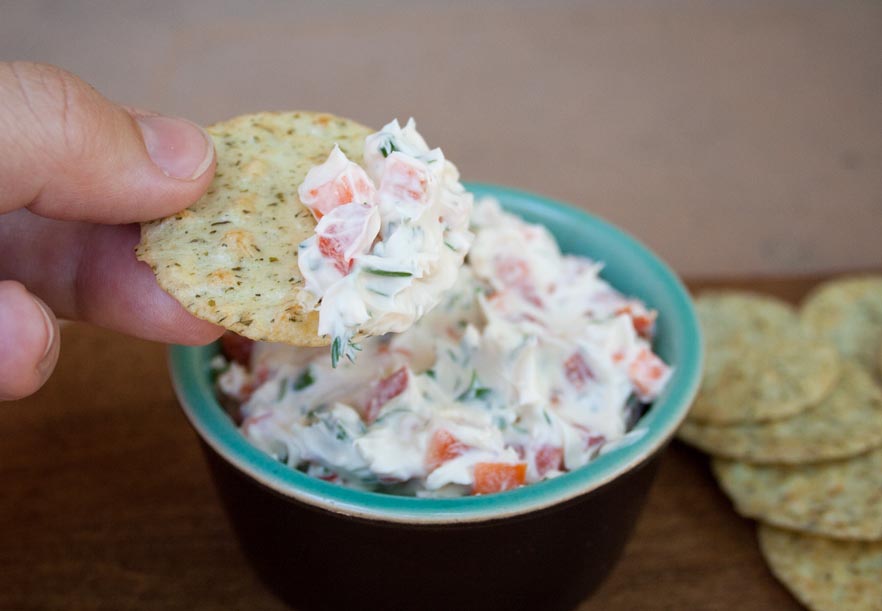 Don't let the healthy name fool you, this vegan dip is rich, creamy, crunchy and full of flavor. Make extra because this will be the first to go. 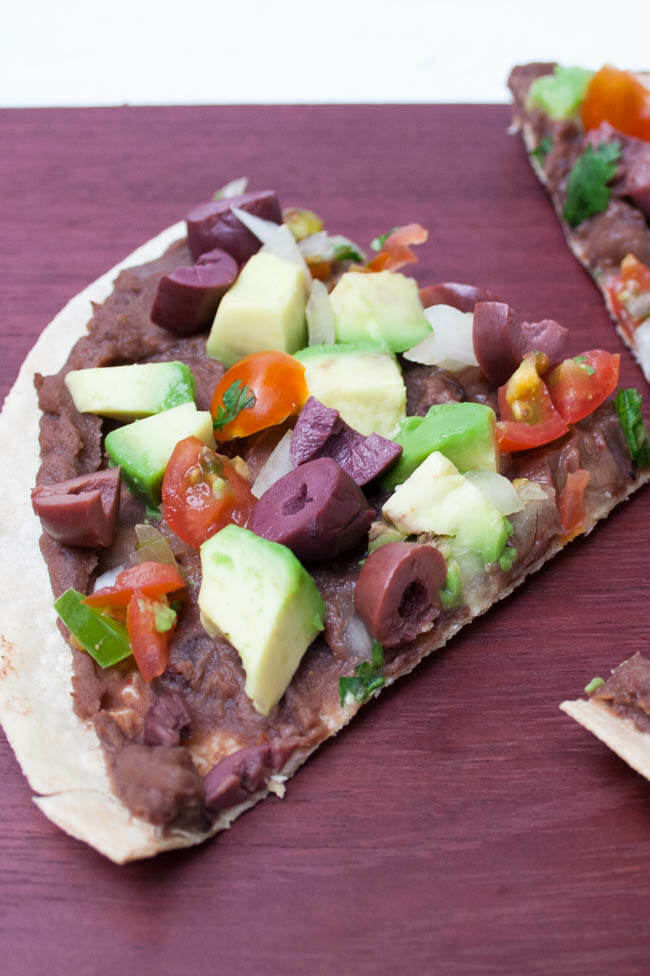 If you are looking for an insanely easy recipe, this is it. Fresh homemade pico de gallo, hearty refried beans, creamy avocado, and salty black olives on a thin tortilla pizza crust, what's not to love! 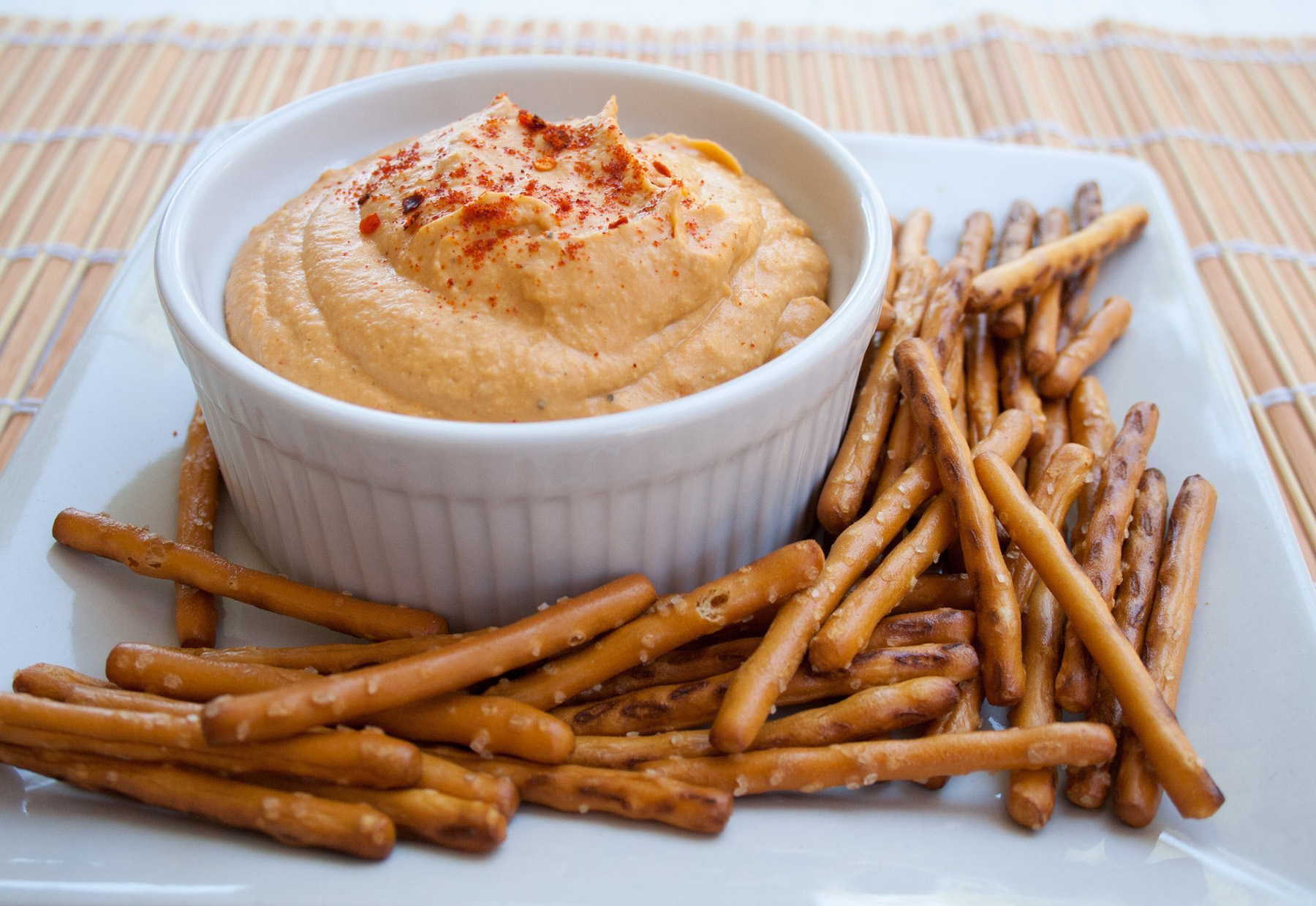 I had to include at least one hummus recipe (although the Dark Chocolate Hummus makes two), because I mean come on... This spicy hummus takes minutes to make, so there's no excuse not to include it on your menu! 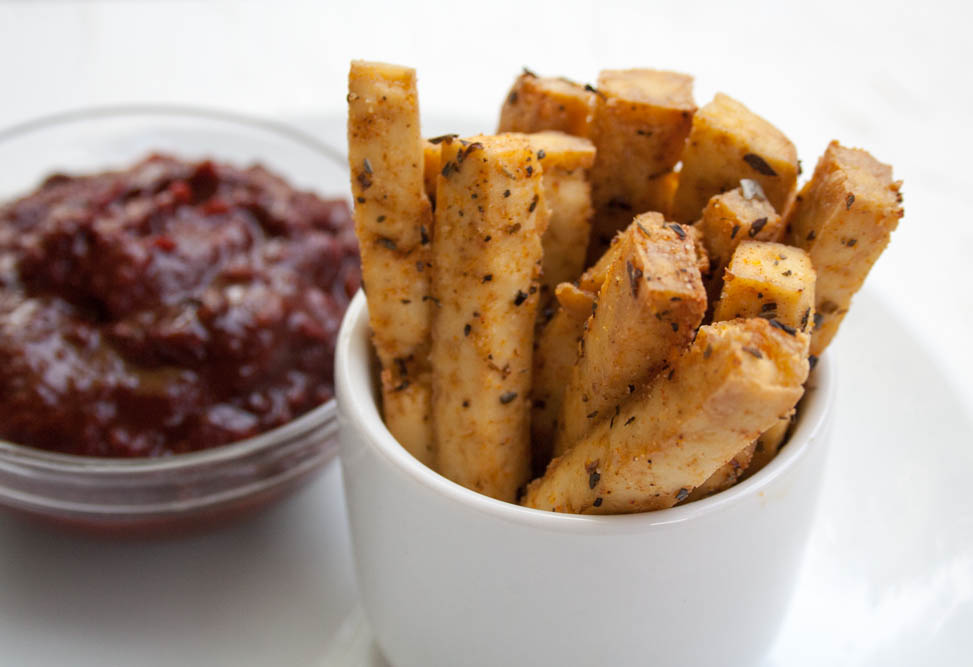 Here's a healthy and fun alternative to French fries. Make extra because they will be gobbled up in no time! Add the Raspberry Chipotle Ketchup (pictured above) to your menu to add a smoky spicy tart flavor to these fries or some veggie burgers. 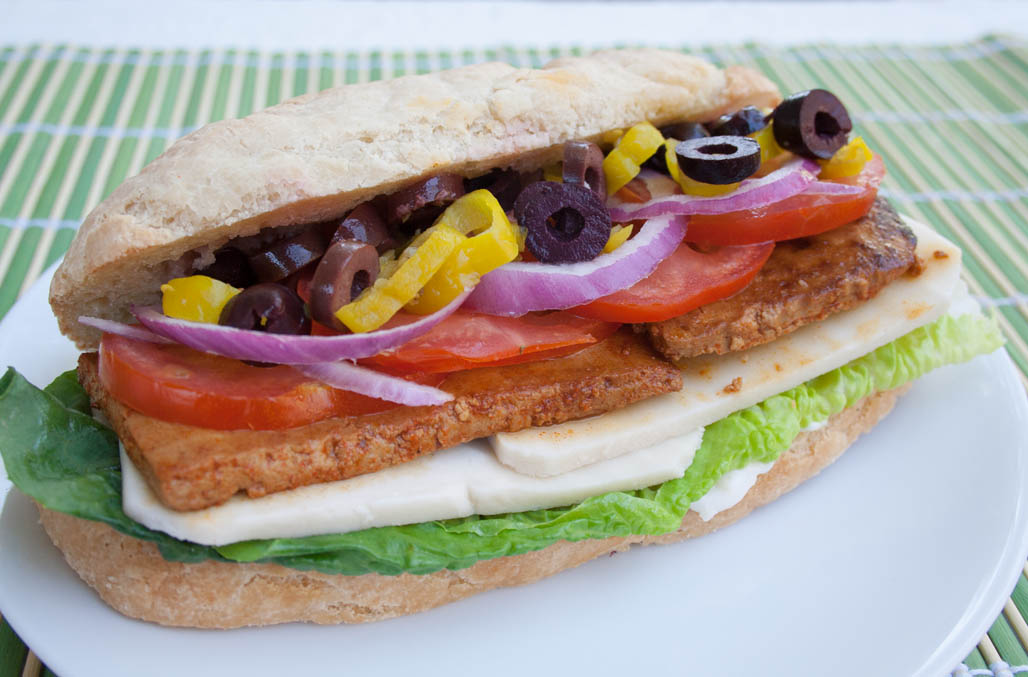 Make these bad boys into 6" sandwiches, or slice them into mini sandwiches so everyone can sample even more food. Made with Tofu Bacon, roasted garlic mayo, vegan mozzarella, and all the fixins you'd expect on a vegan sub. 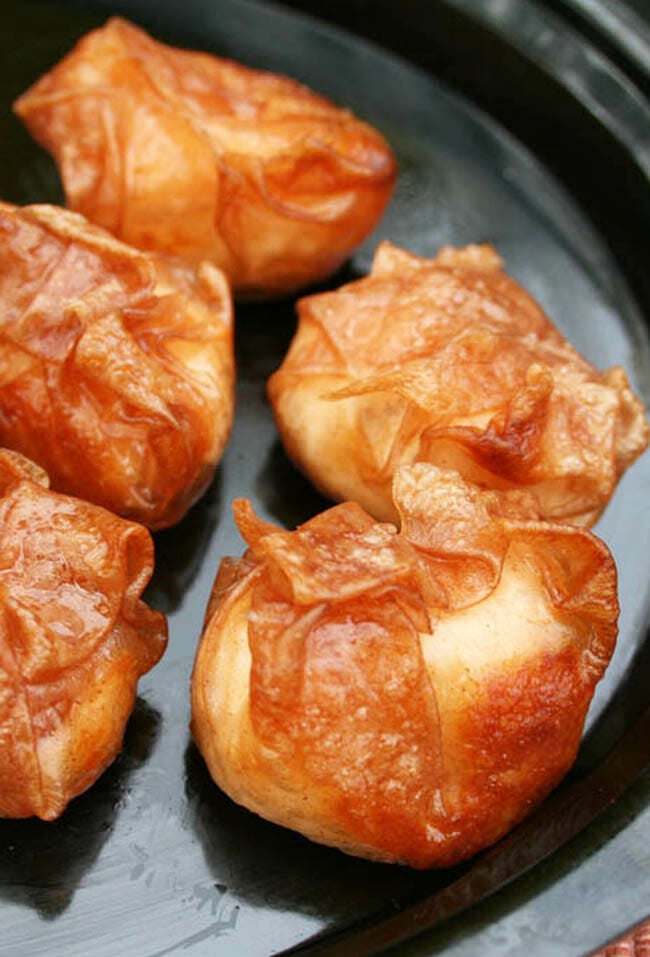 When I think of comfort food, these rich Vegan Cream Cheese Puffs are one of the first things that I think of. Made with only two ingredients, this recipe was my answer to Chinese cream puffs (which are not vegan or gluten free). They are crunchy on the outside and soft on the inside.

Serve while hot, but warn your guests to wait before biting in - they are extremely hot! Even though I made these Stuffed Date Footballs ages ago, I had to include them. I mean, look at how cute they are! I promise, they are quite tasty too - with vegan cream cheese, dates, and walnuts or pecans. Check out the recipe to see my tips on how to make those football stripes!