February 23, 2016 By Willow Moon
This post may contain affiliate links. As an Amazon Associate I earn from qualifying purchases.

These savory vegan Chickpea Omelet Two Ways are a great way to start your day. Make with vegetables mixed in or place on top. 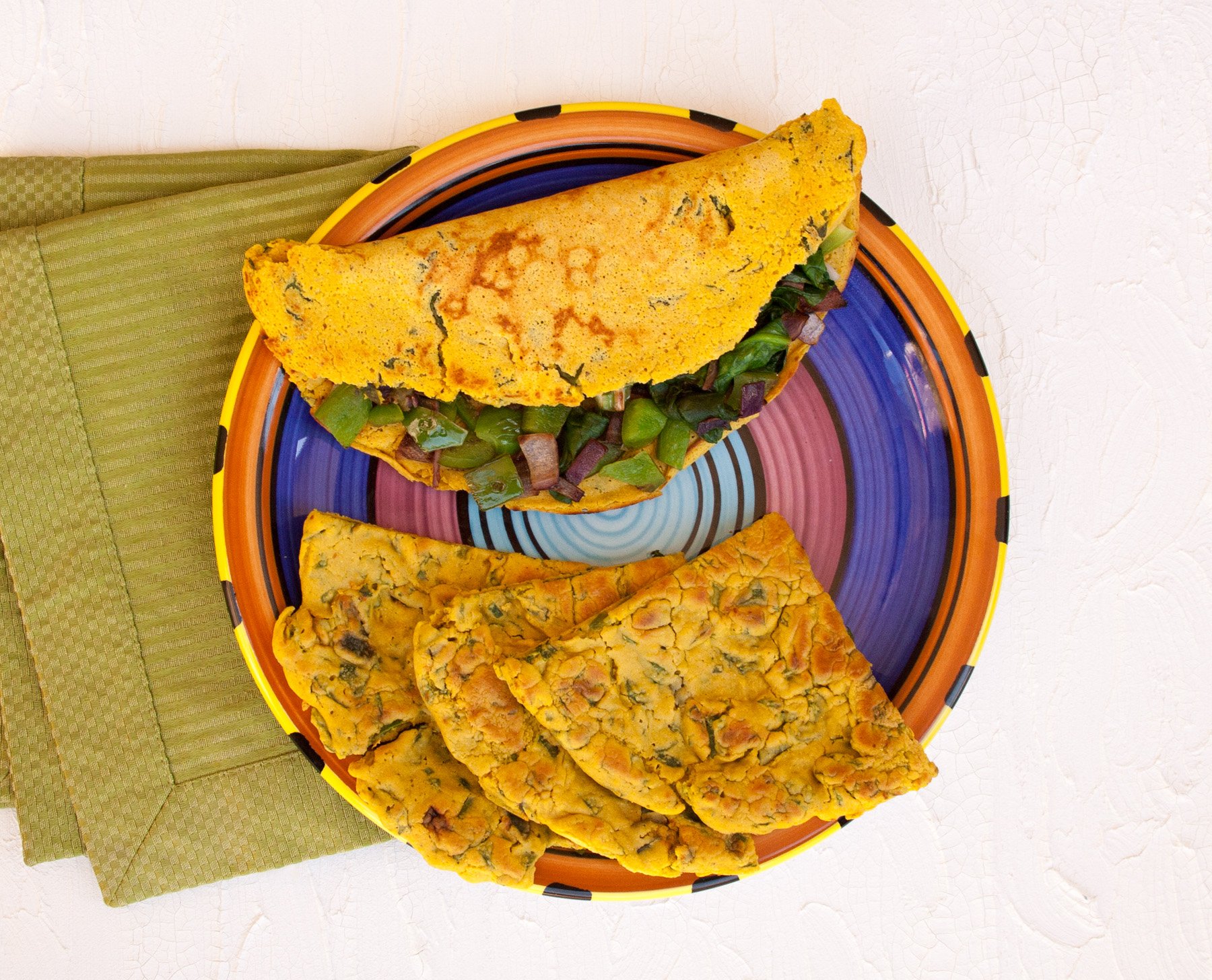 I have been vegan for 17 years, and I don't miss anything that I gave up. I do however enjoy a change in my breakfast routine every now and then.

I have been perfecting a socca recipe for awhile now, getting it to the texture and thinness that I want. I figured, why not make a Chickpea Omelet as well. After all, they are only different by a couple of ingredients.

After making this several times, I decided to post a Chickpea Omelet Two Ways because I liked it both with vegetables mixed into the batter, and served on top of the chickpea omelet as well. 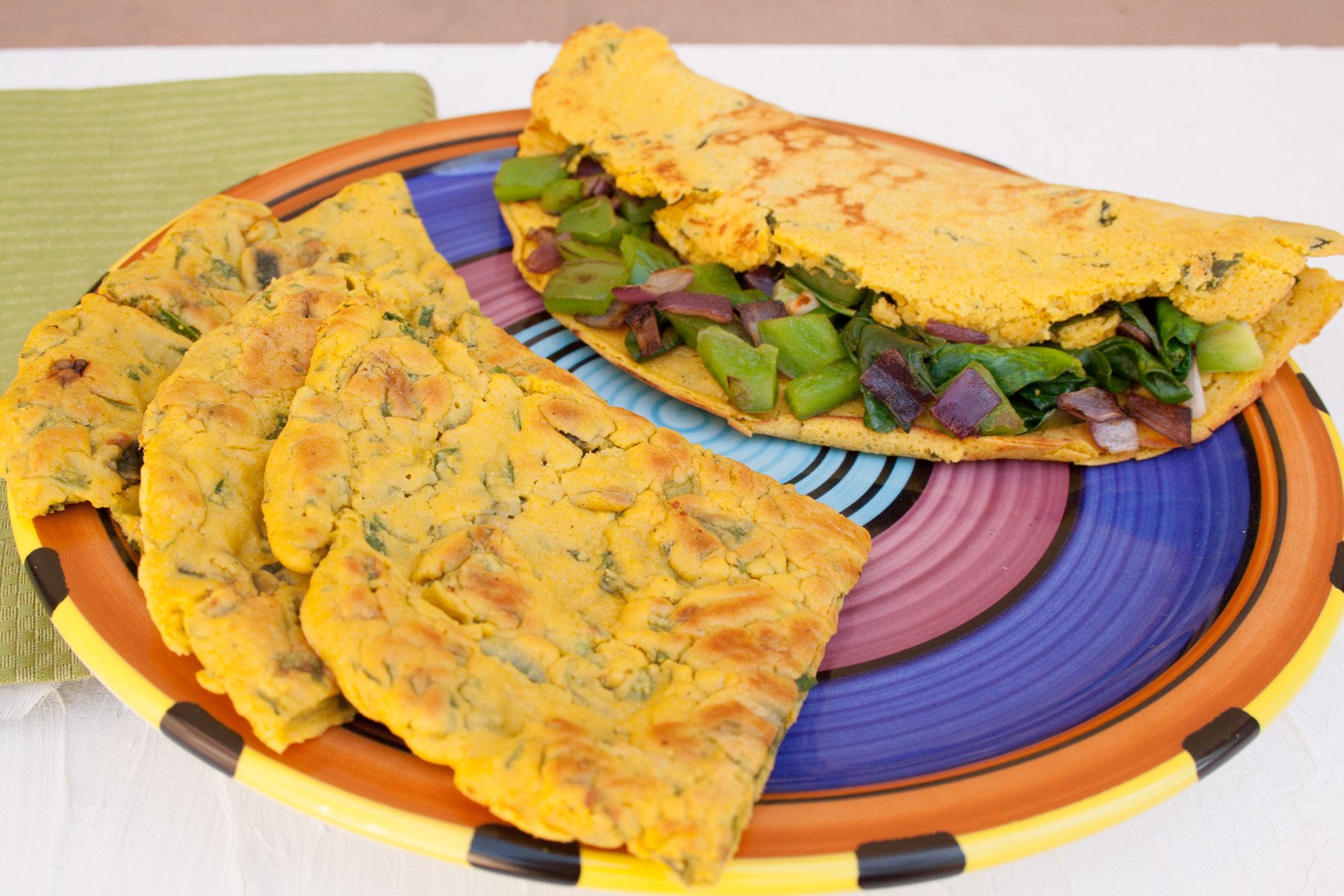 The main difference between the two ways of making this vegan omelet recipe is that you need twice as many veggies if you are serving them on top.

I should mention that by mixing the veggies into the batter, the chickpea omelet cracks easier, but you can slice it and it still has a nice presentation.

If you make the Chickpea Omelet with veggies on top, you can create a really nice thin vegan omelet. It still may crack, but is easier to control. Either way, it tastes wonderful. It all depends upon how you want to present your dish and the texture you prefer. 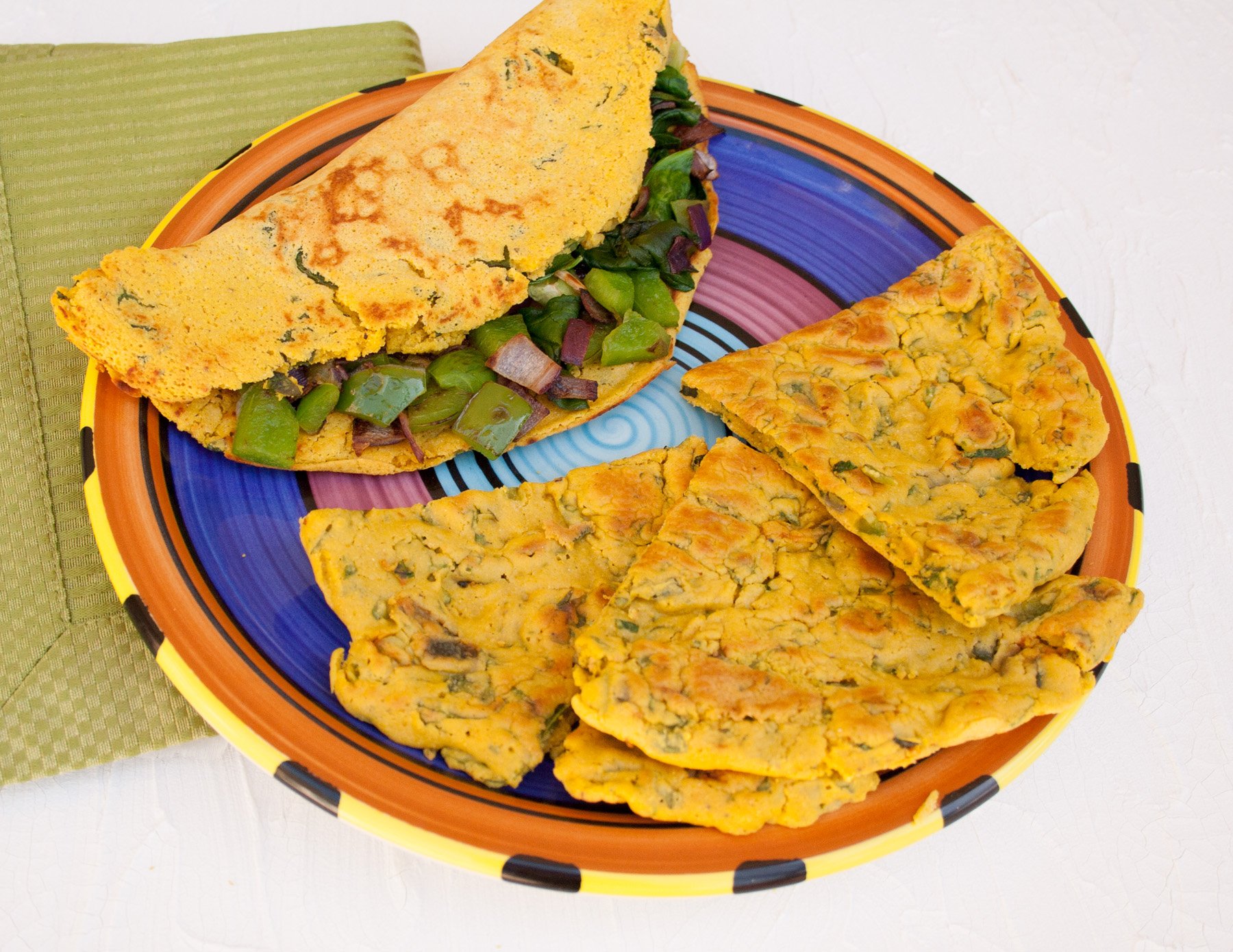 This vegan omelet with chickpea flour is perfect for brunch or breakfast. Customize it to your liking.

Here's the chickpea flour that I used to make the chickpea omelet. I love the taste compared with other gluten free flours. 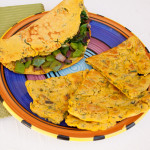 If mixing veggies in batter:

If adding veggies on top: