September 9, 2017 By Willow Moon
This post may contain affiliate links. As an Amazon Associate I earn from qualifying purchases.

Ready to change your vegan hot dog repertoire with some fusion cuisine? Then this Greek Vegan Hot Dog is for you! 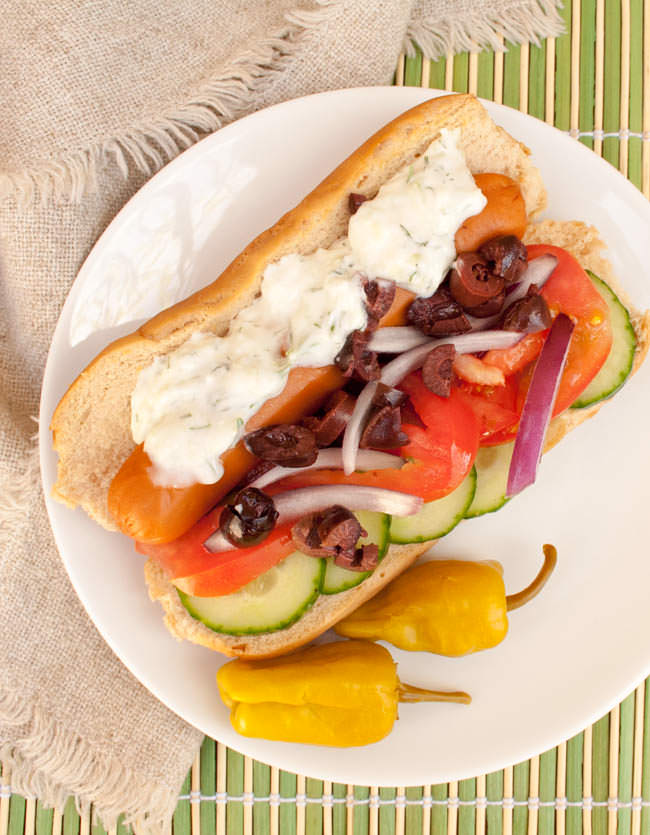 I love making fusion cuisine, and what better base to start with then an all American classic - the hot dog. After making a Vegan Bánh Mì Hot Dog awhile back, I knew I wanted to create more fusion recipes using vegan hot dogs.

This Greek Vegan Hot Dog came about because I had a slew of Greek recipes planned. Actually, I have to admit, I also had a package of gluten free vegan hot dog buns that needed to be eaten up - and soon. It's funny how the recipe process works. 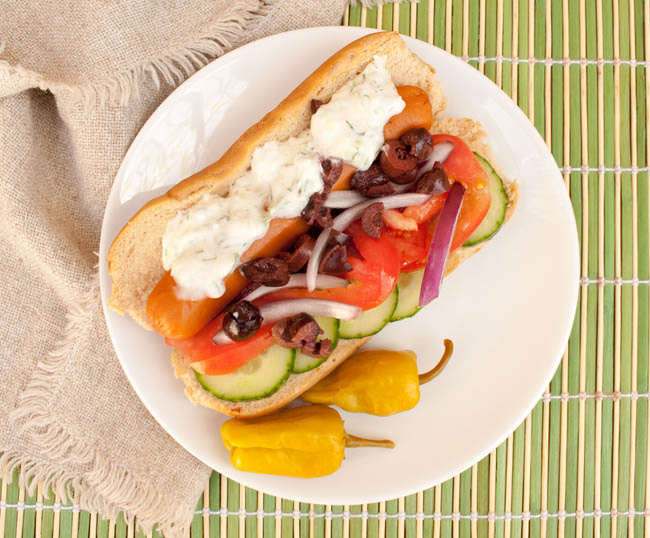 If you are tired of your same old way of eating your vegan hot dog, and you love Greek food, then this is the vegan hot dog to try! It's like eating a Greek salad on a vegan dog.

Okay, so it's not quite as healthy as a salad, but I've got you covered there too. If you don't want the processed ingredients that the store bought vegan dogs contain, try a Carrot Dog with these Greek toppings.

I personally haven't tried it with these toppings because I actually made this recipe first, but since the Carrot Dog has a smoky flavor, you probably won't miss the store bought vegan dog.

This is the perfect time to change up your vegan hot dog - before grilling season ends, and before good tasting cucumbers and tomatoes are nowhere to be found. 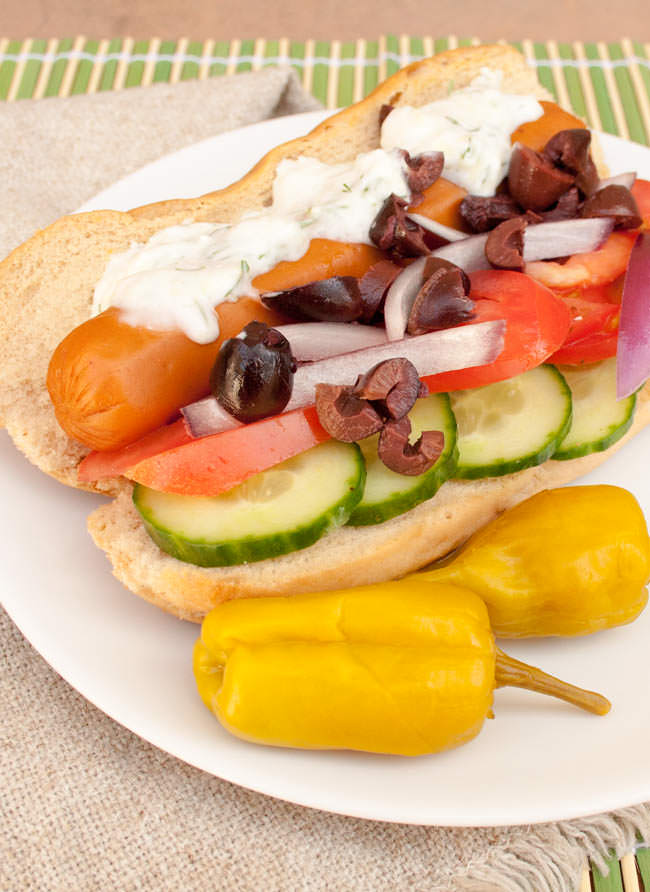 Ready to try some fusion cuisine with vegan hot dogs? Then this Greek Vegan Hot Dog is for you! Click To Tweet 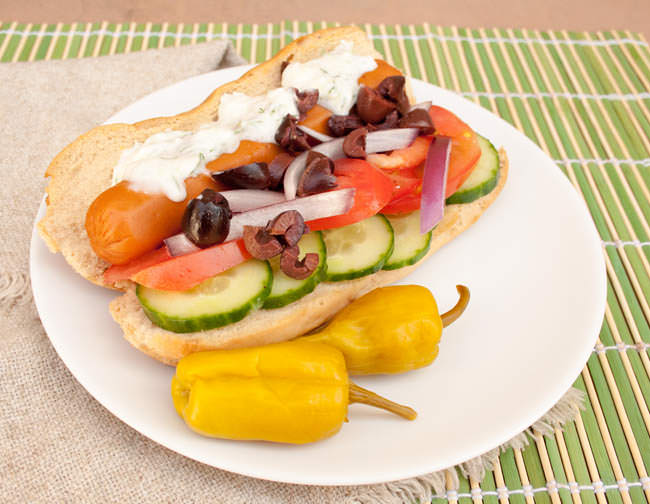 All the flavors you get at a Greek restaurant but in hot dog form. 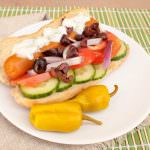 I found that the EnerG buns stay together better and don't get smooshed when you slice them first, then heat them.