August 1, 2018 By Willow Moon
This post may contain affiliate links. As an Amazon Associate I earn from qualifying purchases.

This Vegan Enchilada Grilled Cheese has all the flavors of enchiladas in a sandwich! 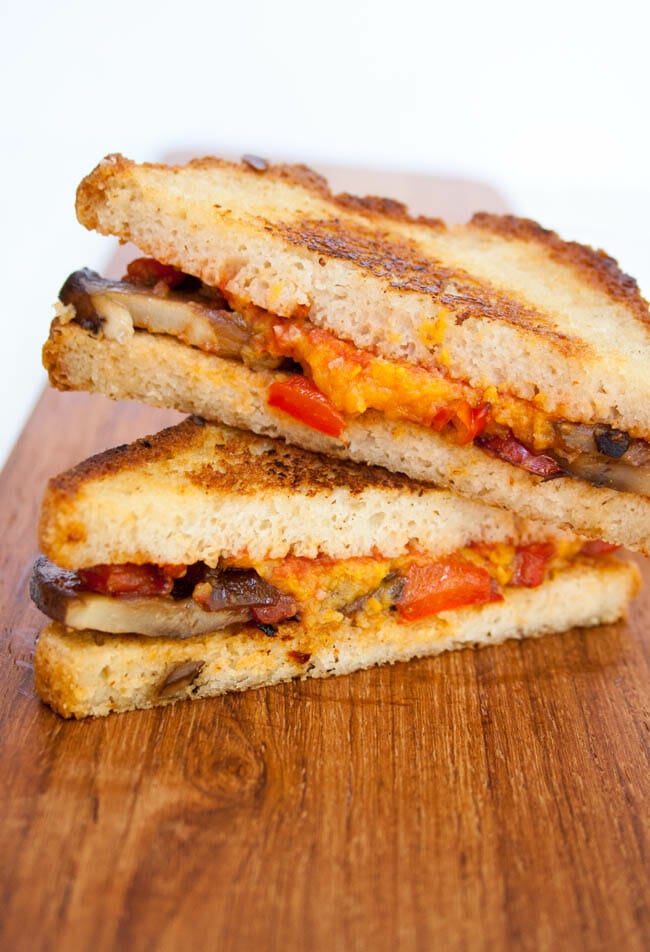 Today was a great day for me. I did yoga after not being able to for about 6 months. I broke my ankle back in October, and here it is the end of April as I'm writing this.

I tried one other time, but it was too painful. My yoga routine has me doing the plank pose over and over again - like 20 times or more, which is difficult with a recovering broken ankle.

I've gone to the chiropractor a couple of times, and have another appointment today. My back was out of whack from being in a wheelchair for a couple of months. Normally yoga would fix it.

What I didn't expect from the visit was the doctor adjusting my ankles. That was a pleasant surprise. Both ankles were stiff from walking funny. Getting back into yoga was wonderful, even if my muscles are a bit sore. 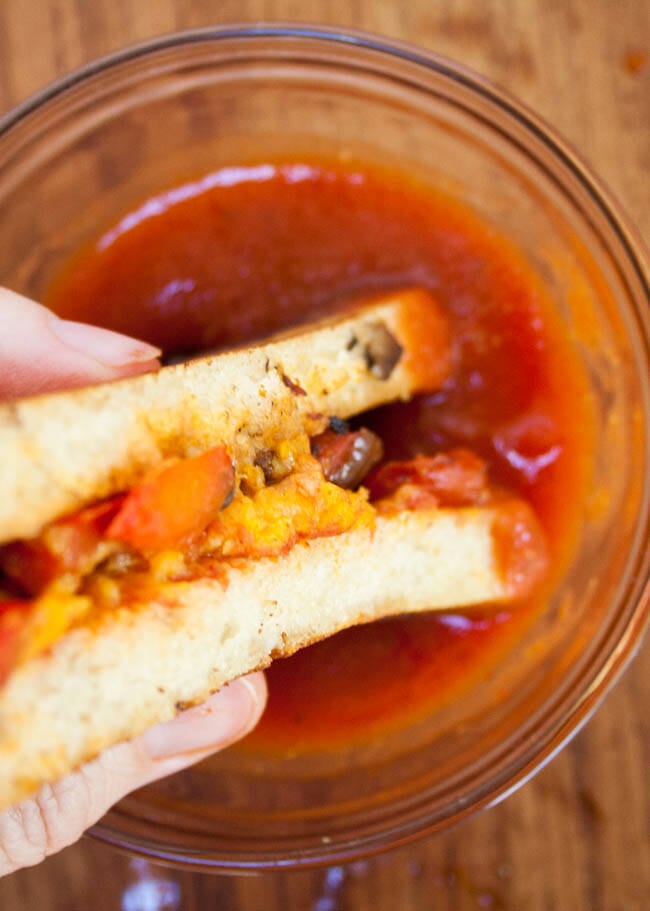 Now onto this amazing sandwich. This vegan grilled cheese has all the flavors of enchiladas without all the work. Sautéed red pepper, mushrooms, and onions on gluten free bread with enchilada sauce and vegan cheese - yes, please! 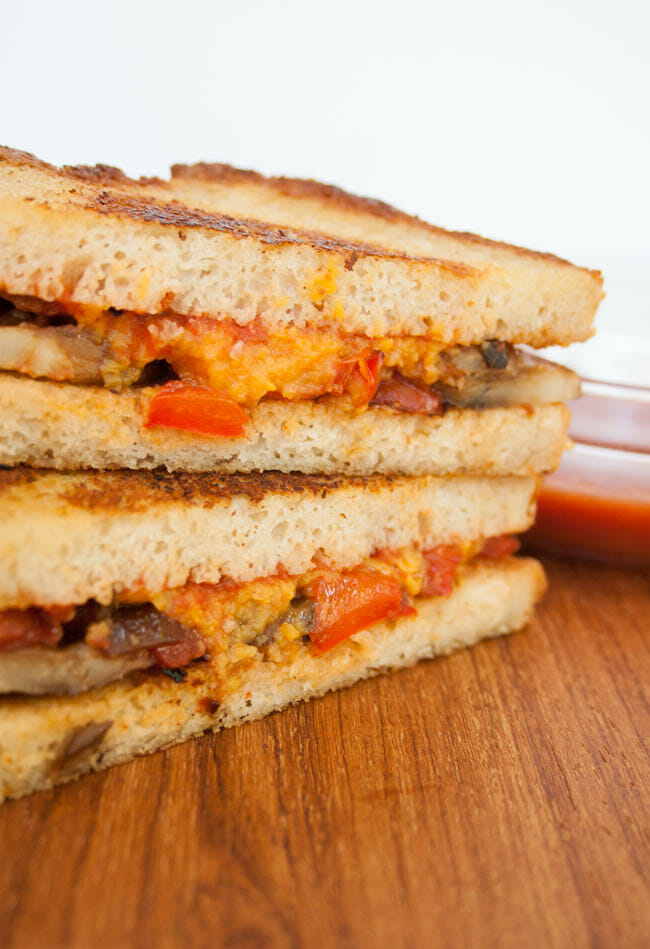 Fusion cuisine has been a favorite go-to for me, especially since starting the blog. There are so many ways to mix and match your favorite meals. Thai Pizza, Vegan Teriyaki Reuben with Spicy Thousand Island Dressing, BBQ Chickpea and Mango Tacos with Pickled Peppers and Onions are on my list of favorites.

This Vegan Enchilada Grilled Cheese has all the flavors of enchiladas in a sandwich! Click To Tweet 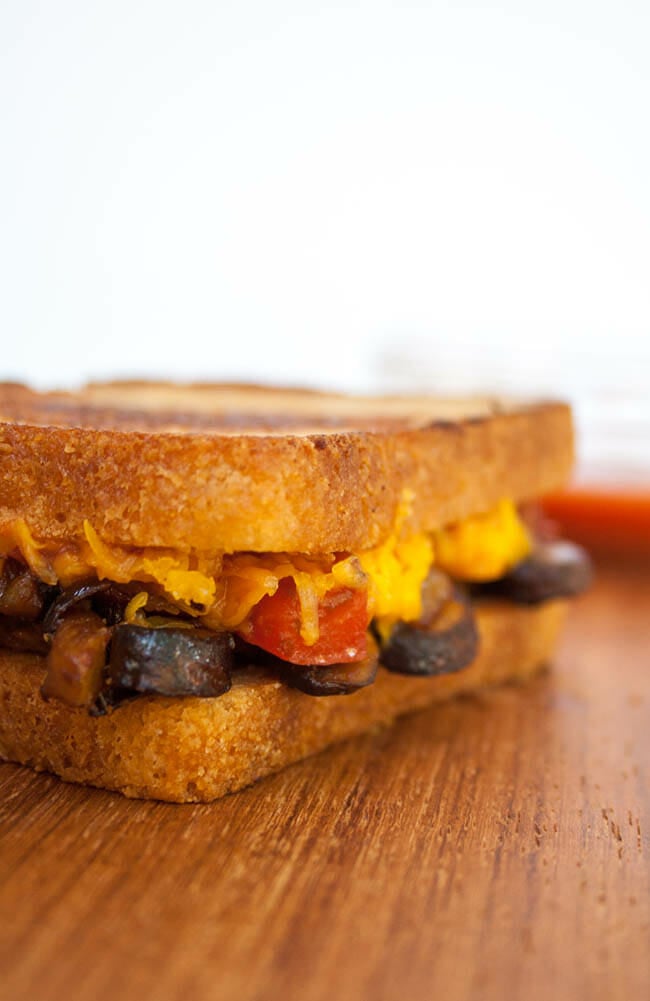 How to Make a Perfect Grilled Cheese 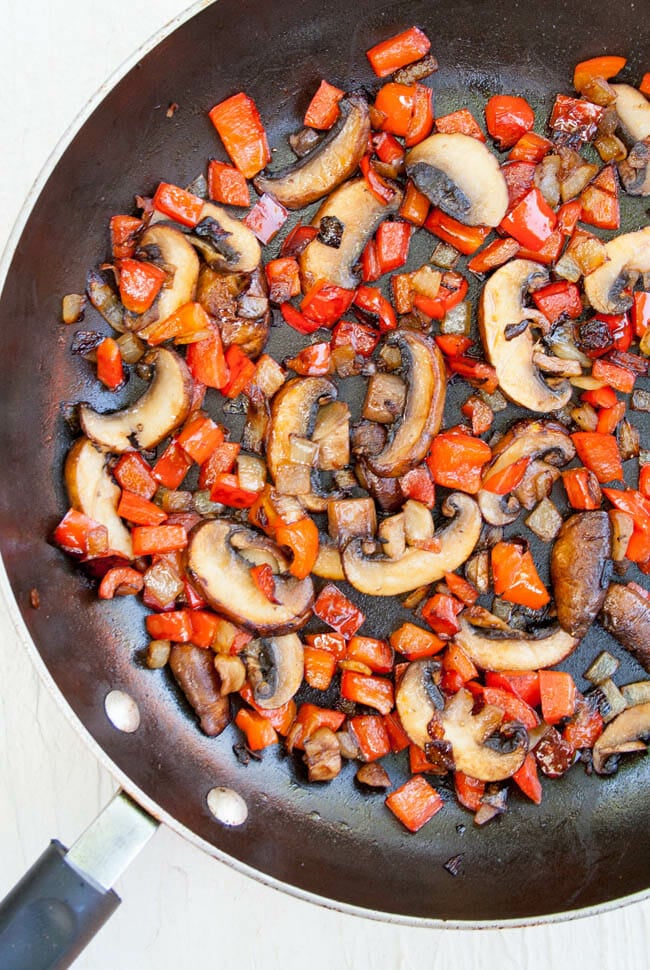 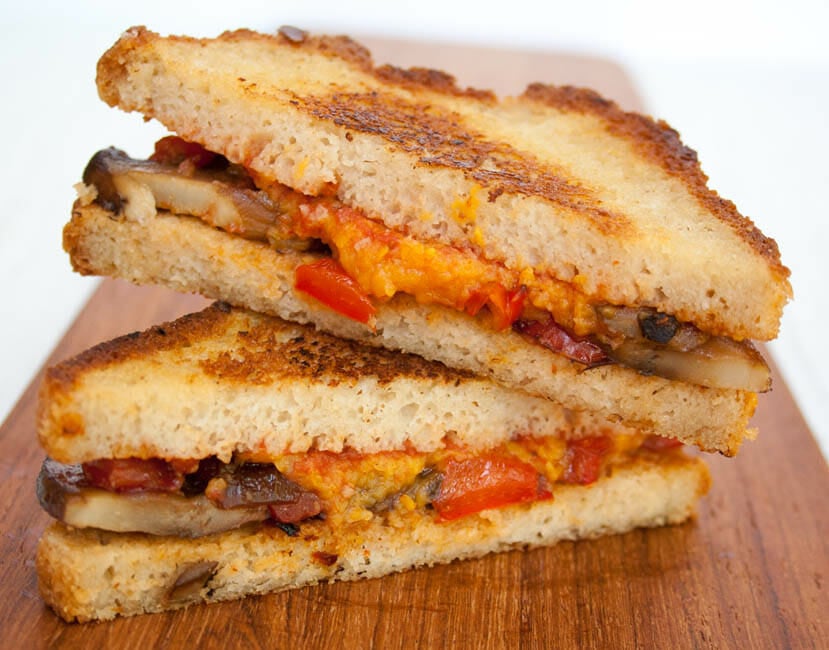 Enchilada flavors without all the fuss! 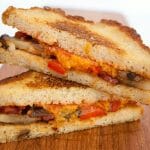 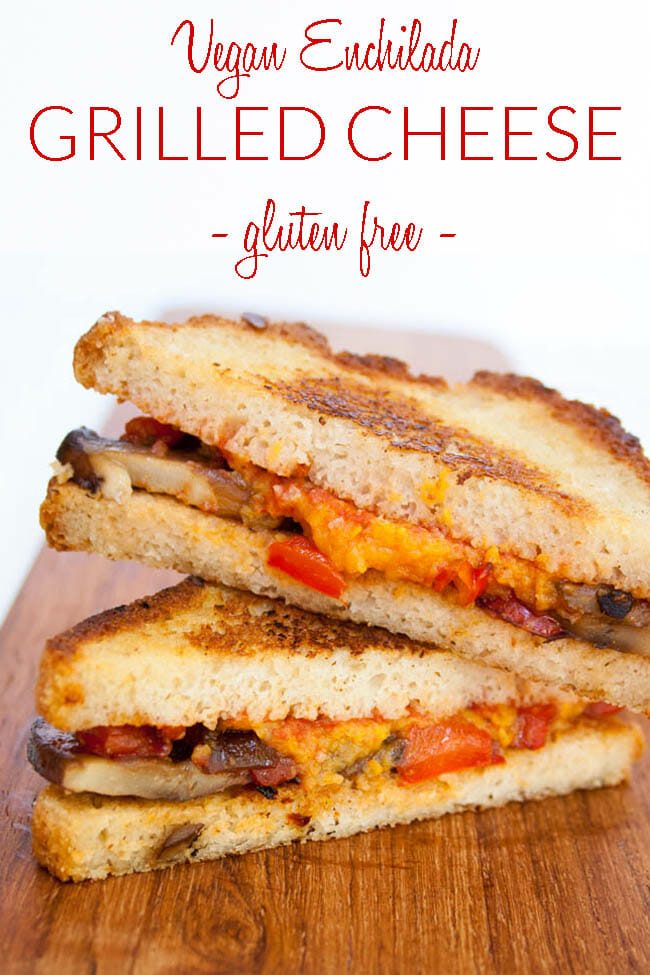