May 10, 2019 By Willow Moon
This post may contain affiliate links. As an Amazon Associate I earn from qualifying purchases.

This refreshing sweet and spicy Watermelon Jalapeño Lemonade tastes good on its own or as a cocktail. Perfect for a hot Summer day! 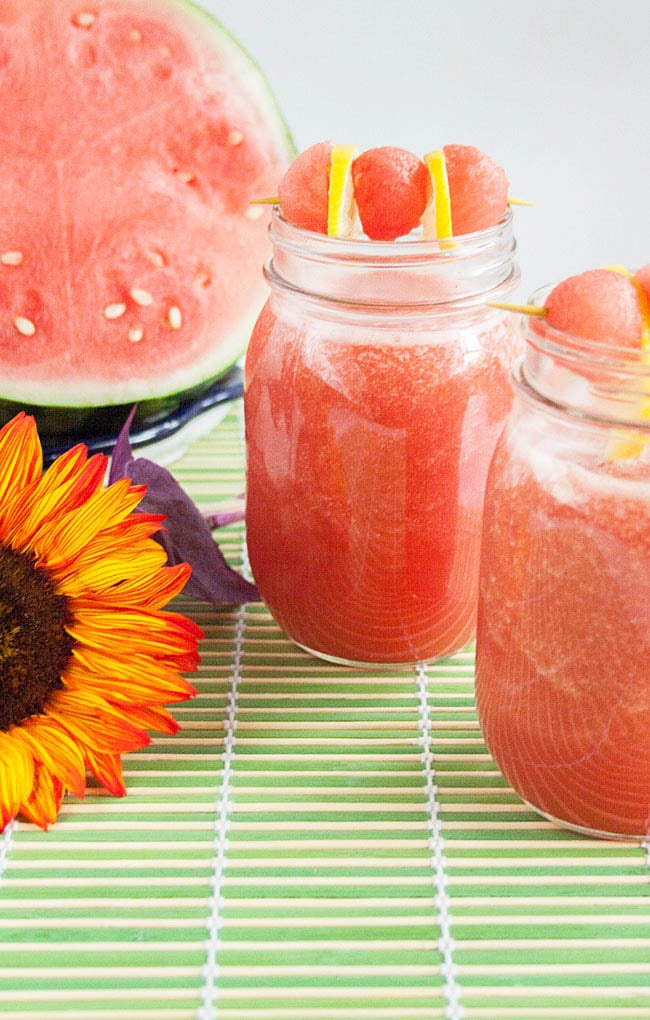 I had a ton of lemons left over from a ten day fast that I did, so I thought I'd make a Watermelon Jalapeño Lemonade recipe. When life gives you lemons, you make...

It might be funny to some people, but while I am on the computer in the evenings I have the Food Network or the Cooking Channel going in the background.

Do you realize there are kids in elementary school cooking things on those channels that are restaurant worthy? I feel like such a late bloomer! (FYI - I used to teach elementary school, so it really boggles my mind.)

To be honest, it doesn't matter to me when I got into cooking, I am here to show people that vegan dishes are easy, delicious, and good for you.

This Watermelon Jalapeño Lemonade was inspired by a food truck that I saw on one of the food networks.

I can't remember the truck's name, but I do remember that it sounded delicious, and something that I would have to create - and turn into a cocktail, but that's optional.

If you like sweet and spicy, you may also like my Chipotle Mint Lemonade. It has a touch of smokiness from the chipotle.

How to make Watermelon Jalapeño Lemonade 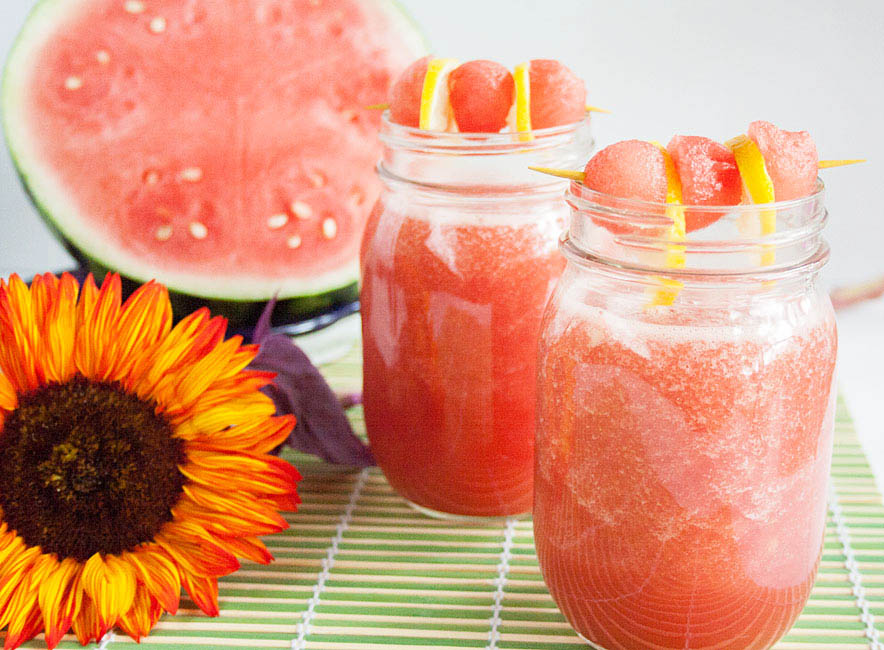 This watermelon lemonade has a spicy kick from jalapeño. After trying this lemonade, you won't want it any other way.

This Watermelon Jalapeño Lemonade was originally published on November 10, 2015. I've redone the recipe with new photos and more text.

Affiliate links below. We are a participant in the Amazon Services LLC Associates Program, an affiliate advertising program designed to provide a means for us to earn fees by linking to Amazon.com and affiliated sites.
This is the Nutribullet that I have. I love it for blending small amounts like this recipe. I use it daily for my morning smoothie. 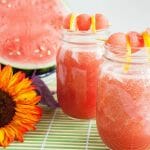 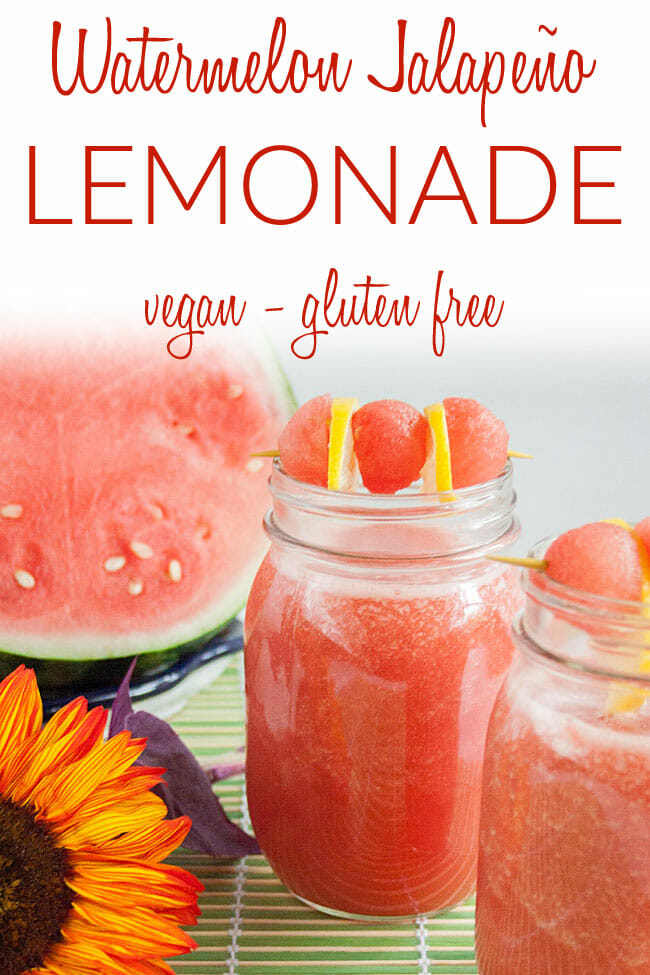