October 2, 2015 By Willow Moon
This post may contain affiliate links. As an Amazon Associate I earn from qualifying purchases.

These easy Benedictine Tea Sandwiches are great for a light lunch or snack. They are creamy and satisfying! I saw Damaris Phillips on the Food Network make Benedictine sandwiches awhile back and I knew I had to veganize them. After all, I have been wanting to make cucumber tea sandwiches for a long time.

These easy Vegan Benedictine Tea Sandwiches are great for a light lunch or snack. Click To Tweet

If you have been following me for awhile you know I go to Market on the Move here in Tucson, where you get up to 60lbs. of produce for $10. Many times I walk away with way more cucumbers than I know what to do with.

Well, these vegan sandwiches were my aha moment of one of the ways to use them. I didn't want to just slice cucumbers and throw on some Earth Balance, like many cucumber tea sandwiches call for. Thank you Kentucky for your Benedictine Tea Sandwiches! 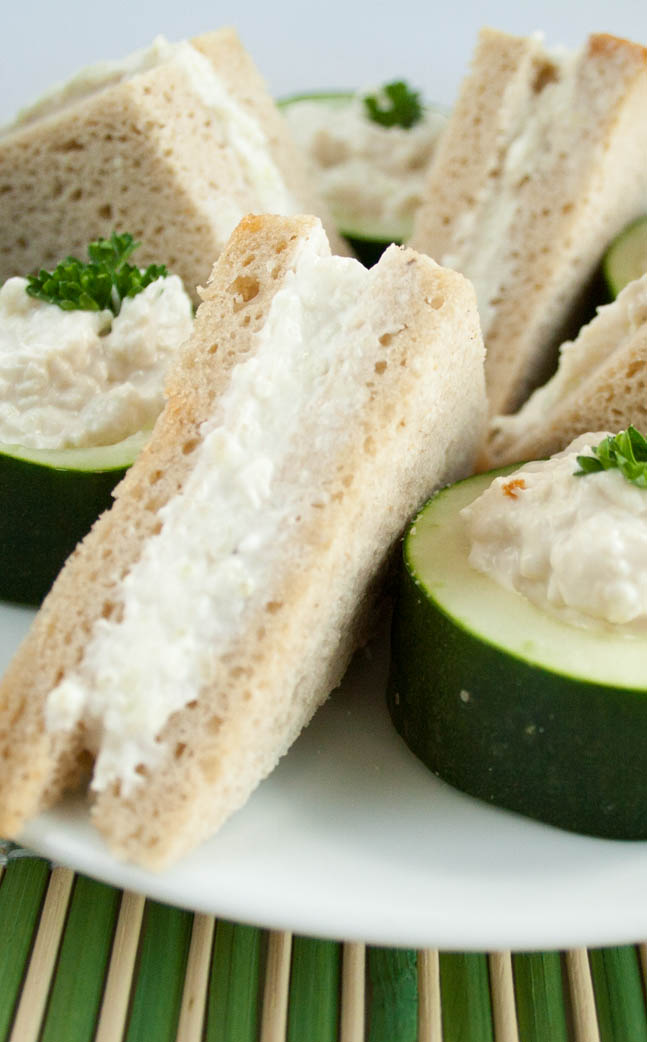 These vegan tea sandwiches make a nice light teatime snack. They would also work well for a child's lunch.

I personally, ate them for dinner after a photo shoot. The rest of the spread is being used as a dip for sliced cucumbers. However you eat these (or just the spread), they are creamy and rich. 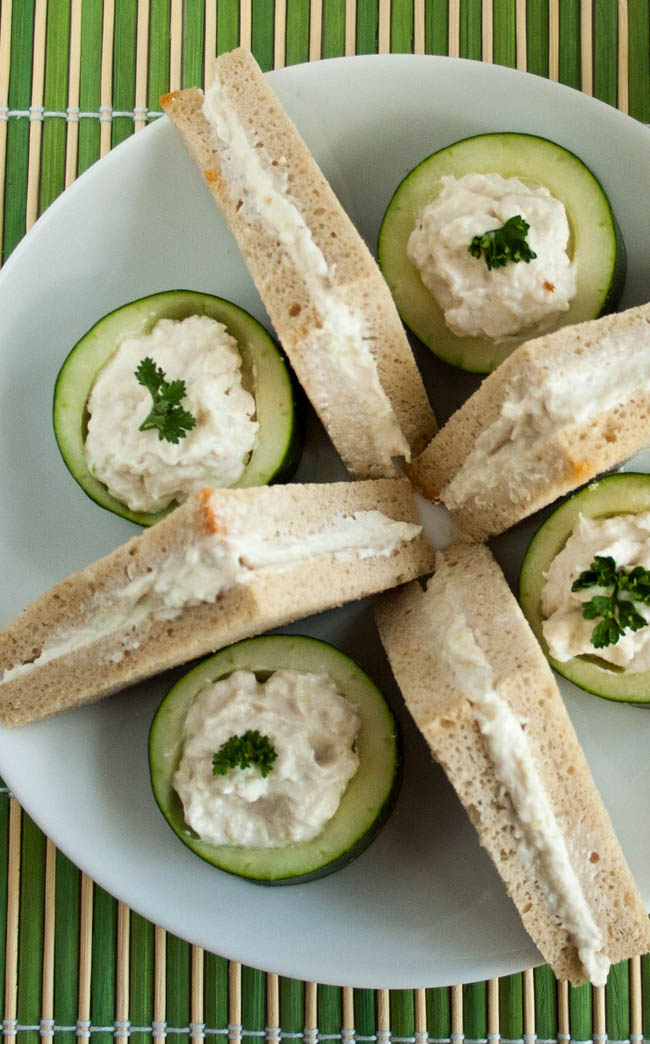 For those of you who are gluten free, I made a note below, but I'll say it here too. You probably will want to toast your bread first - at least lightly toasted.

My favorite gluten free bread (so far) is brown rice, and I made the mistake of not toasting the bread first. Big mistake.

Gluten free bread is dense, so in my opinion, it needs to be toasted. I think it was the first time that I had it without toasting it first, which is kind of weird, because I have been gluten free for over 4 years.

Anyway, big mistake. Maybe you have found a vegan gluten free bread that tastes good without toasting. If so, PLEASE tell me in the comments below. This gluten free thing can be very difficult.

How to Make Cucumber Tea Sandwiches This cucumber sandwich recipe is perfect for a tea party!

It is Northern Bakehouse millet chia bread. I highly recommend it, especially for vegan tea sandwiches. If you are using gluten free bread, I would definitely consider toasting the bread. As you can see in the photographs, I did not, and I regret it. Brown rice bread tastes way better toasted! *Update: A reader recommended in the comments below Northern Bakehouse millet chia bread. Talk about game changer! It is soft and fluffy like white bread and I highly recommend it! 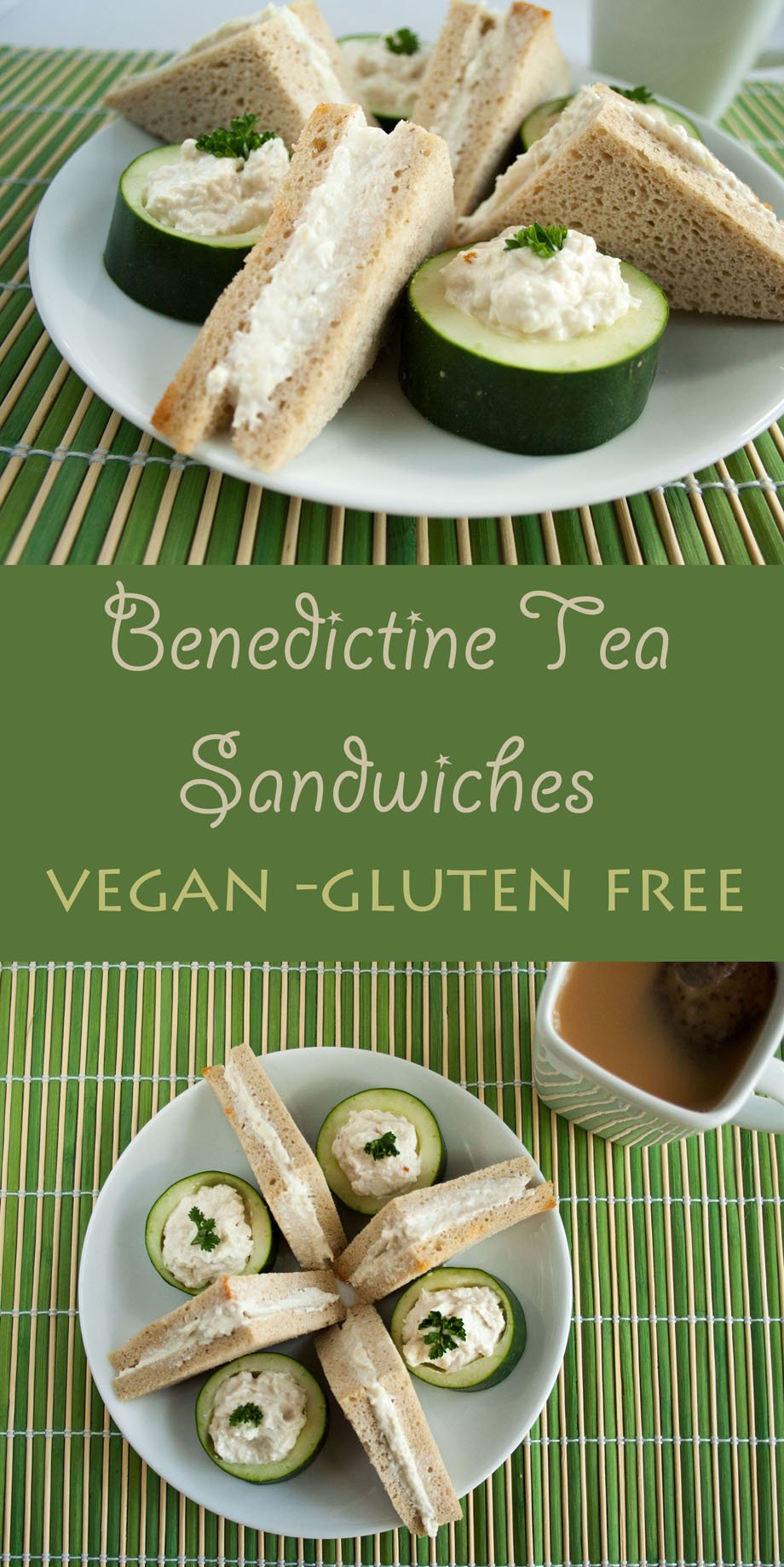