March 12, 2022 By Willow Moon
This post may contain affiliate links. As an Amazon Associate I earn from qualifying purchases.

These Vegan Mexican Pinwheels are creamy on the inside with vegan cheese, refried beans, avocado and more. They're quick and easy to make. 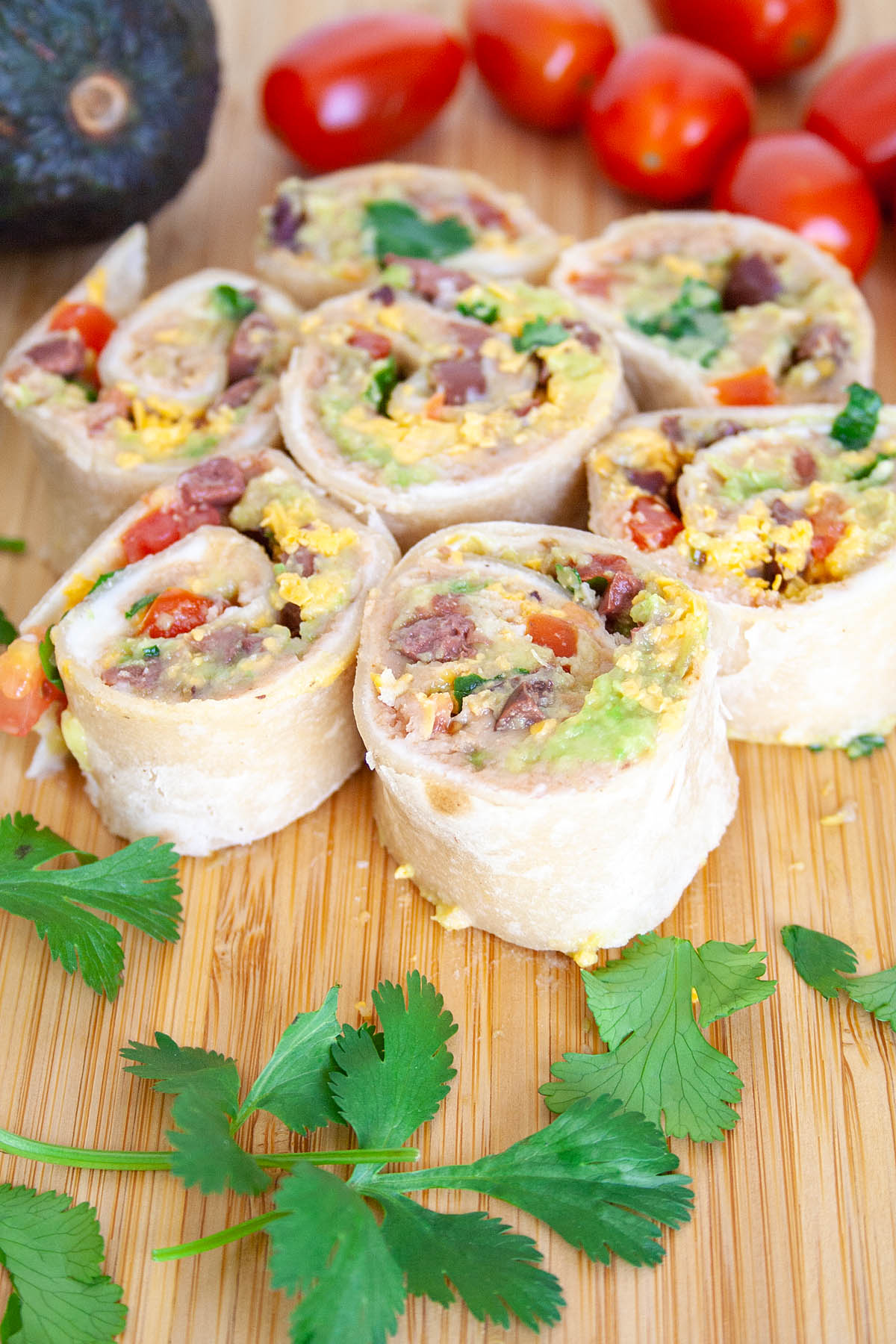 These Vegan Mexican Pinwheels are perfect for a party or get-together. They're super easy to throw together and they are a foolproof appetizer.

They also make a great snack or lunch on the go. Since there's no cooking involved, they come together in no time.

These vegan pinwheels are basically a seven layer dip in pinwheel form. 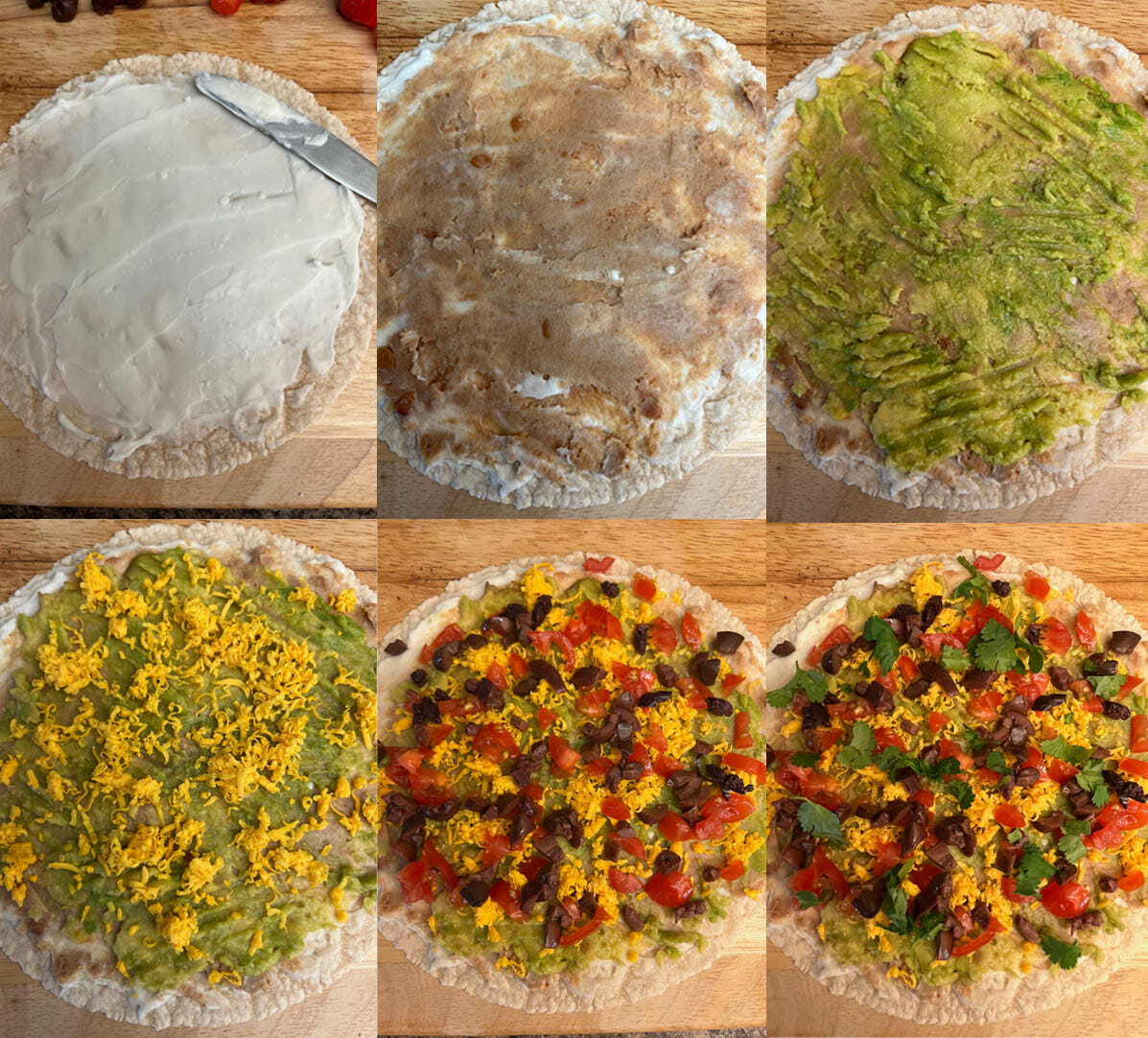 These Vegan Mexican Pinwheels are creamy on the inside with vegan cheese, refried beans, avocado and more. They're quick and easy to make. Click To Tweet 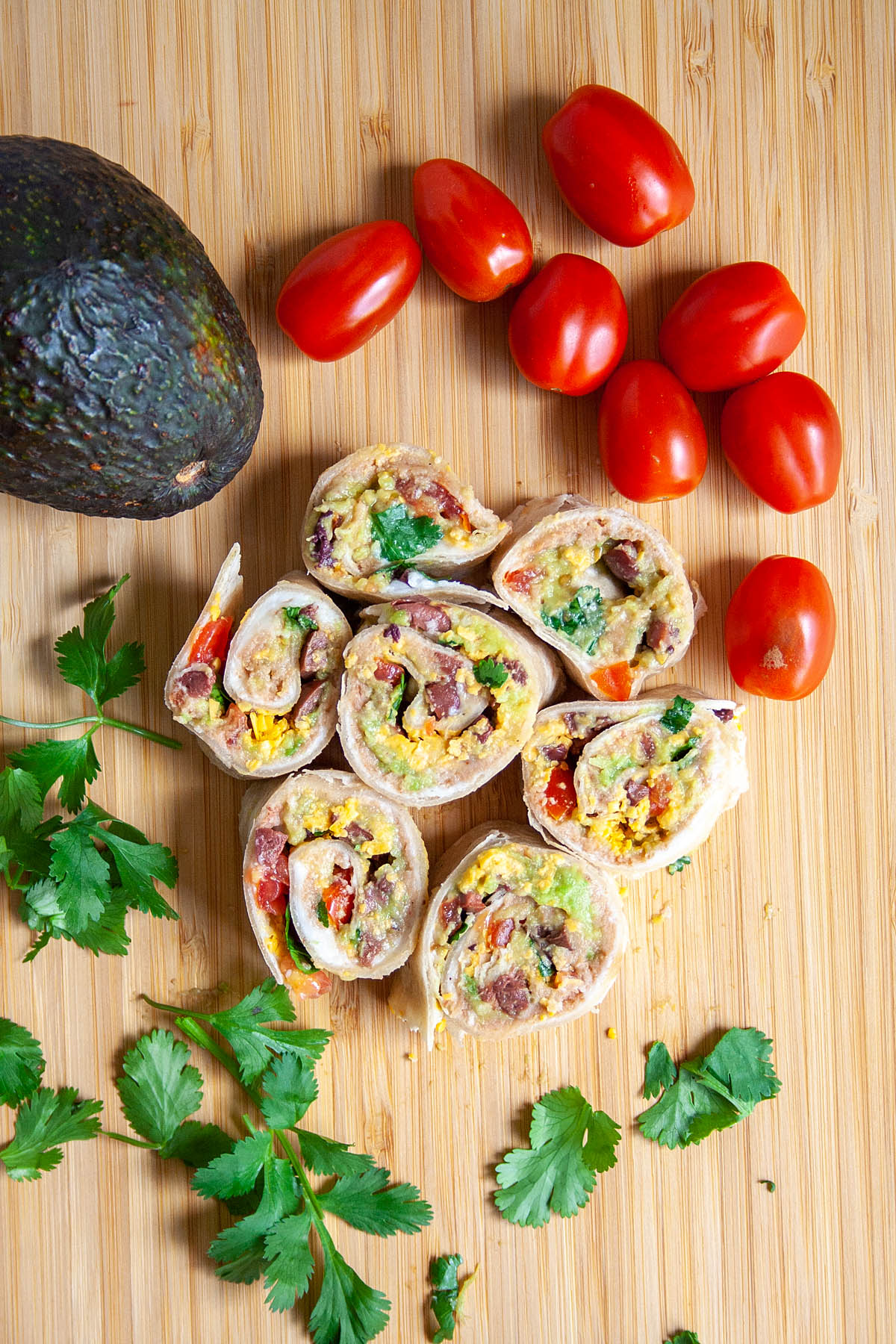 Can I Make These Ahead of Time?

Wrap the rolled tortilla in plastic wrap and slice it when you are ready to serve. I suggest only making it the day before eating.

How Long Does This Recipe Last?

These vegan pinwheels will last about 1-2 days wrapped tightly in plastic wrap and placed in an airtight container in the fridge. 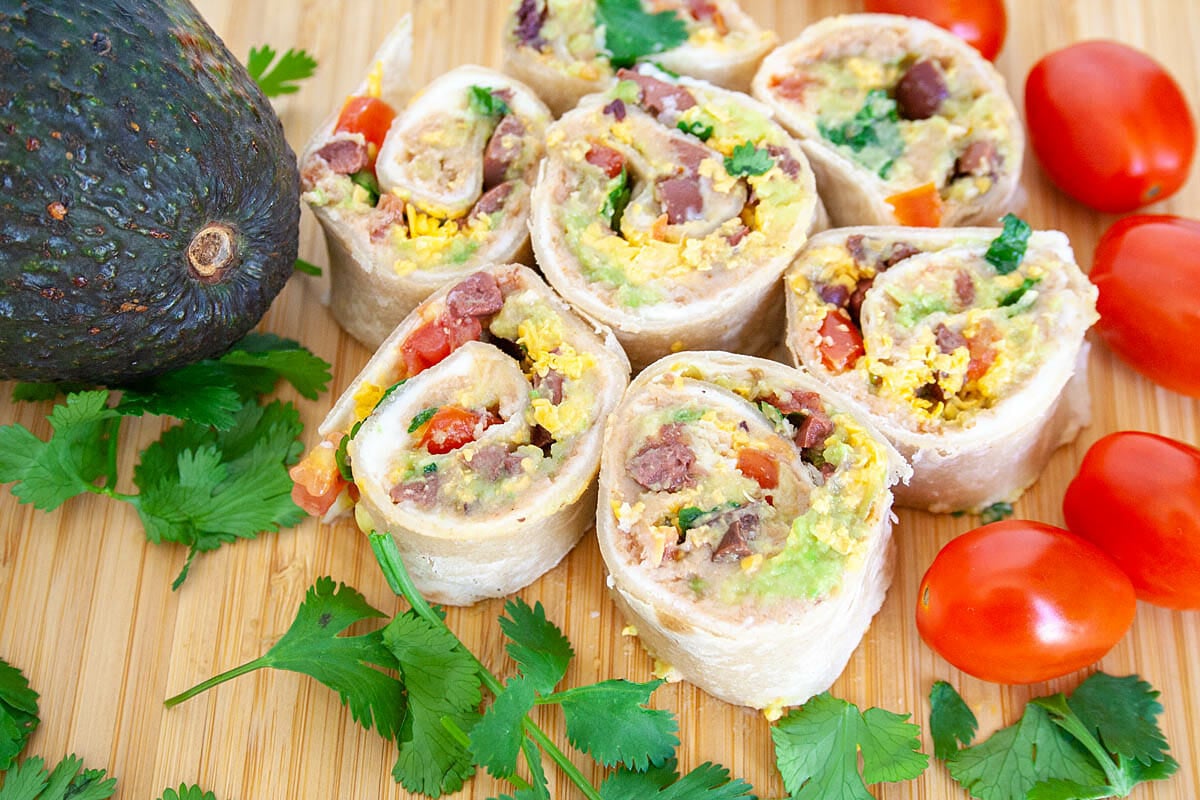 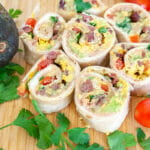 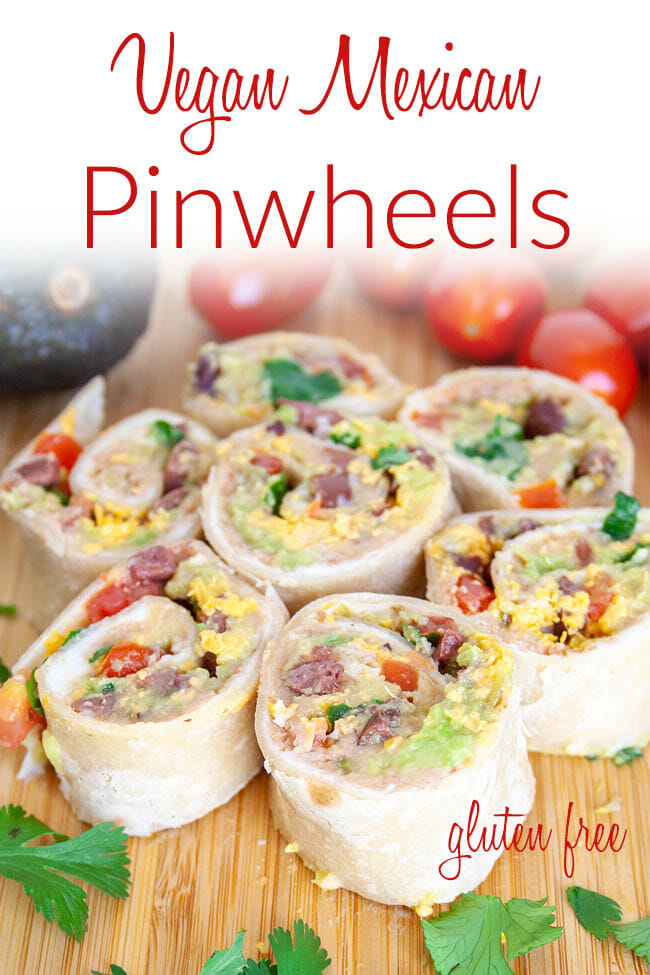