April 3, 2019 By Willow Moon
This post may contain affiliate links. As an Amazon Associate I earn from qualifying purchases.

This healthy Vegan Enchilada Bowl with black beans and quinoa has all the flavors of enchiladas in an easy bowl! Perfect for a weeknight. 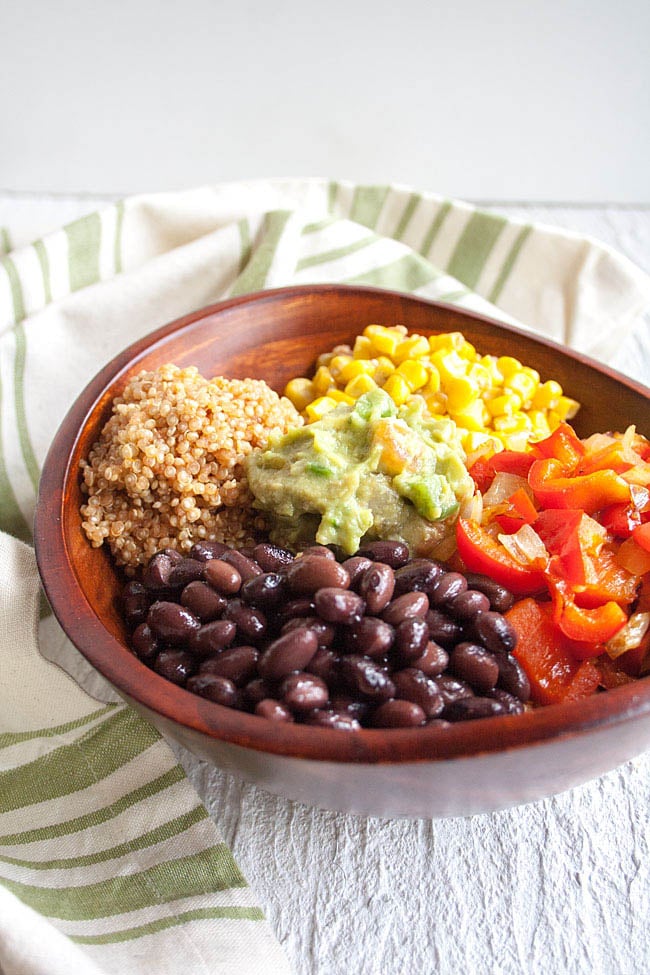 There's nothing like a hot steaming plate of enchiladas being placed in front of you at a Mexican restaurant. You dive in and sigh with delight.

This is the stuff dreams are made of.

Before I started Create Mindfully, I used to think enchiladas were not only intimidating, but time consuming. Now that I have the time, I've made a few enchilada recipes.

I no longer think of them as intimidating because I am so familiar with the process. If I am lazy I make vegan chilaquiles, which are known as "destroyed enchiladas" where I'm from.

If you feel like I used to about making enchiladas, I've got a solution for you. I introduce to you the Vegan Enchilada Bowl.

This healthy Vegan Enchilada Bowl with black beans and quinoa has all the flavors of enchiladas in an easy bowl! Perfect for a weeknight. Click To Tweet 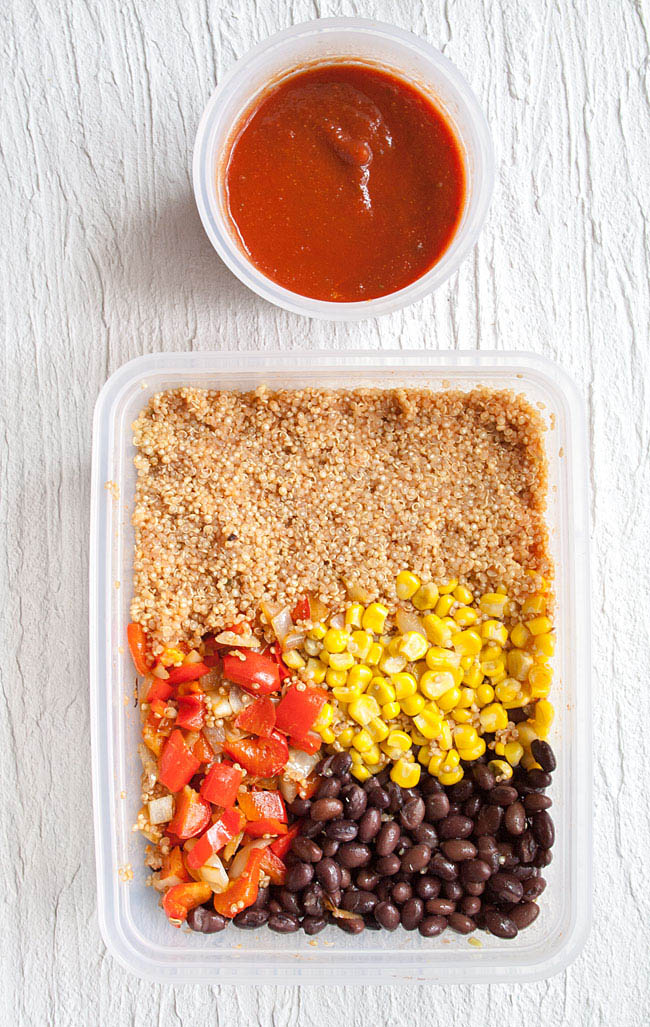 An enchilada bowl is easier to make than enchiladas and it takes less time. It's got all the flavors of vegan enchiladas, but packaged in a bowl with quinoa instead of corn tortillas.

The rest of the ingredients are ones you'd find in black bean enchiladas: black beans, onion, red pepper, corn, and homemade enchilada sauce.

Add your favorite toppings like guacamole, vegan sour cream, or vegan cheese. I topped mine with homemade guacamole.

Another really easy recipe is my Vegan Enchilada Tortilla Pizza, which is even faster than this recipe!

Can I Buy Enchilada Sauce Instead of Making It?

Sure, but this enchilada sauce literally takes 5 minutes and it is made with pantry staples. 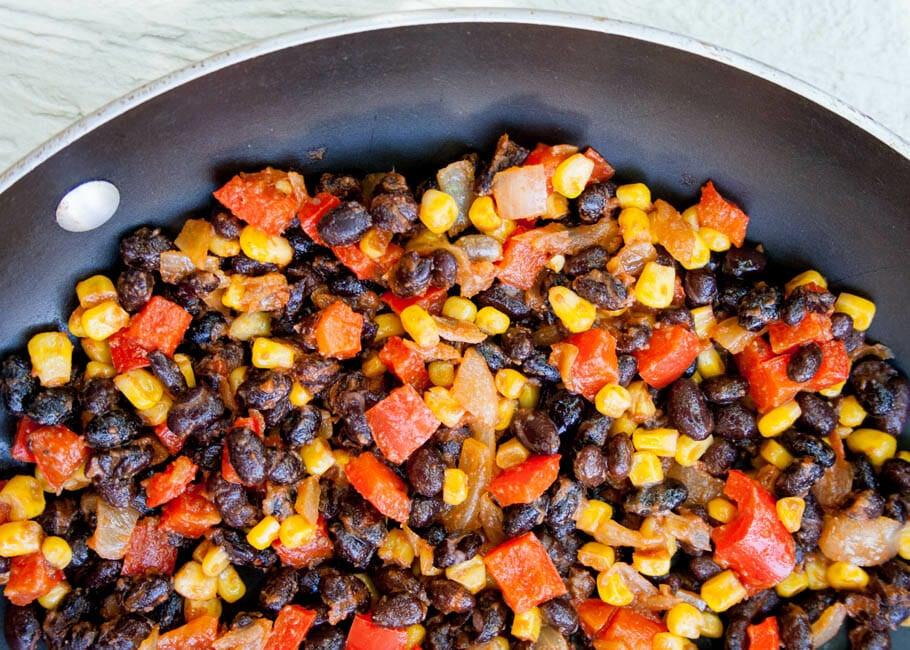 How to Make a Vegan Enchilada Bowl 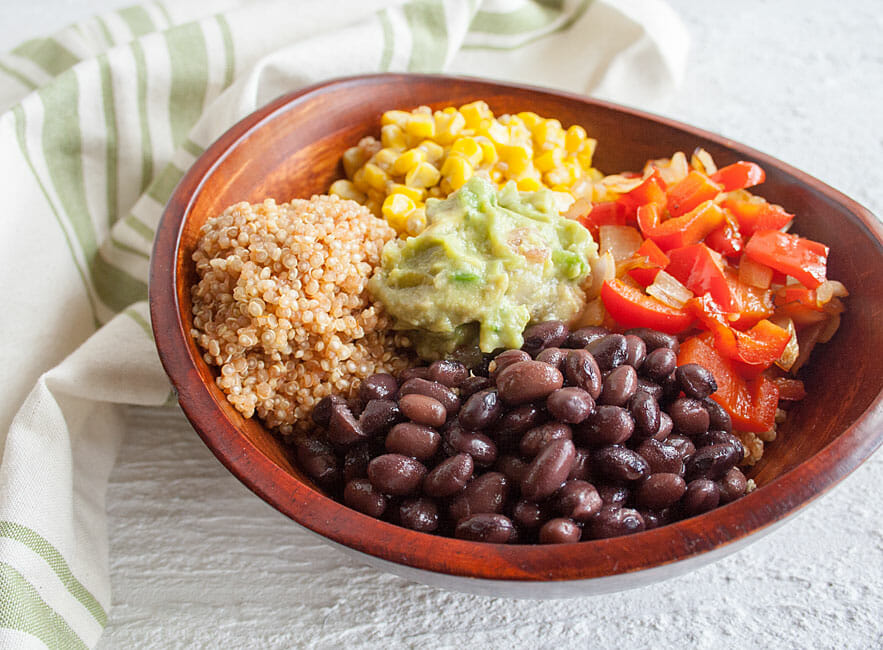 This enchilada bowl is a healthy hearty meal! 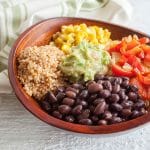 Enchilada Sauce (or use store bought)

*At this point you can add black beans and corn to heat them through, if desired. 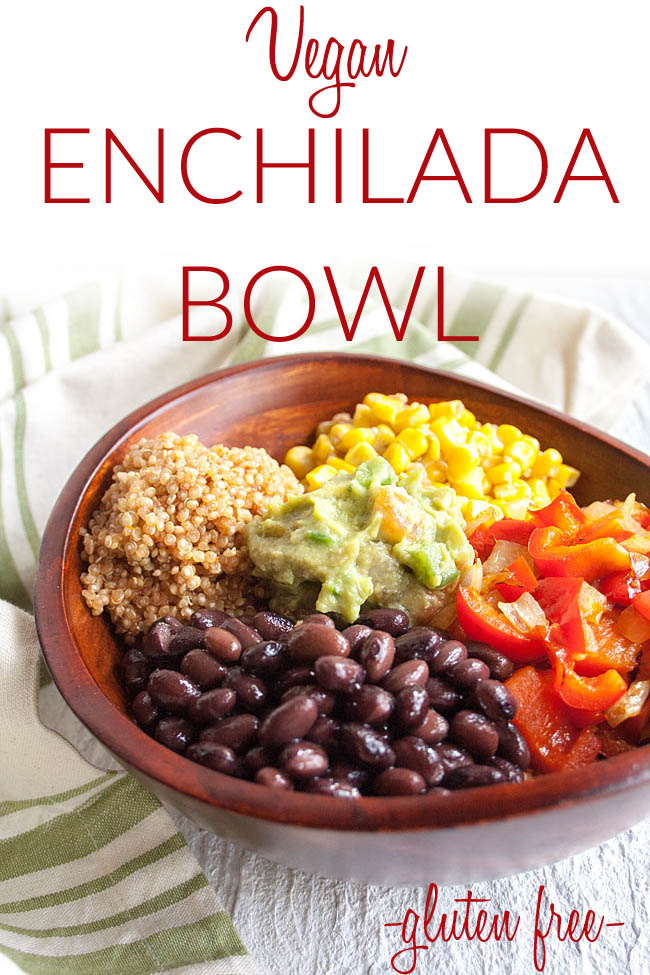