August 4, 2018 By Willow Moon
This post may contain affiliate links. As an Amazon Associate I earn from qualifying purchases.

These Chocolate Peanut Butter Chia Pudding Popsicles are a healthy treat. Eat them anytime of the day! 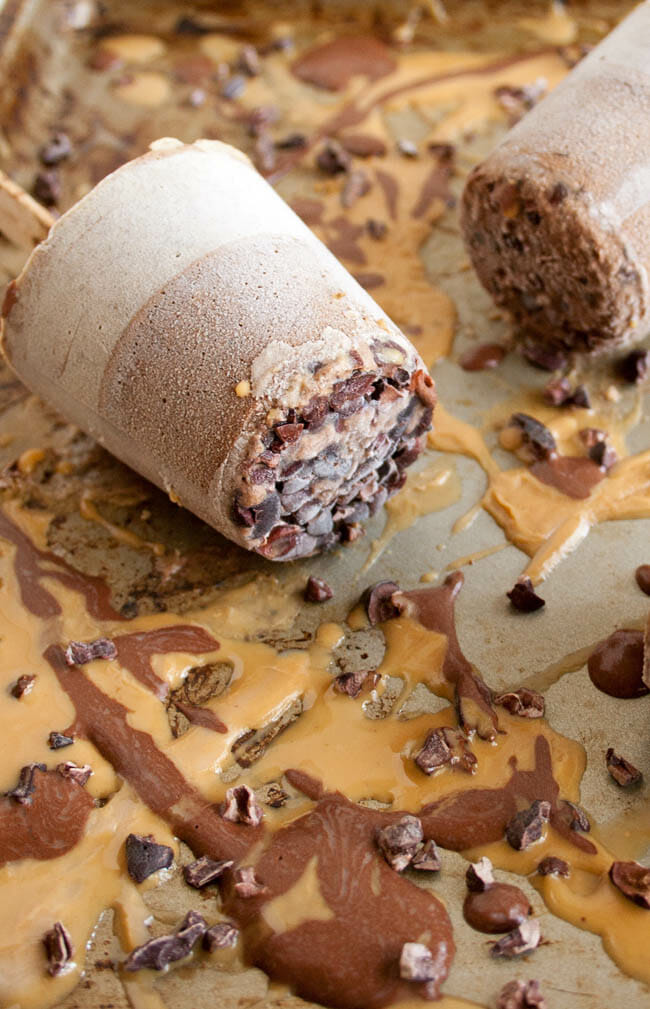 I'm sitting outside on a lawn chair as I write this. The sun is beating down on me as I soak up its rays and get my daily dose of vitamin D. I have two other posts to write up, but I thought this one was the most appropriate considering how hot it is out here.

Many times I write up recipe posts right after making the recipe. I made these Chocolate Peanut Butter Chia Pudding Popsicles a few days ago, but thankfully have a couple left. After soaking up some sun for a half hour I'm going to need something to cool me off. 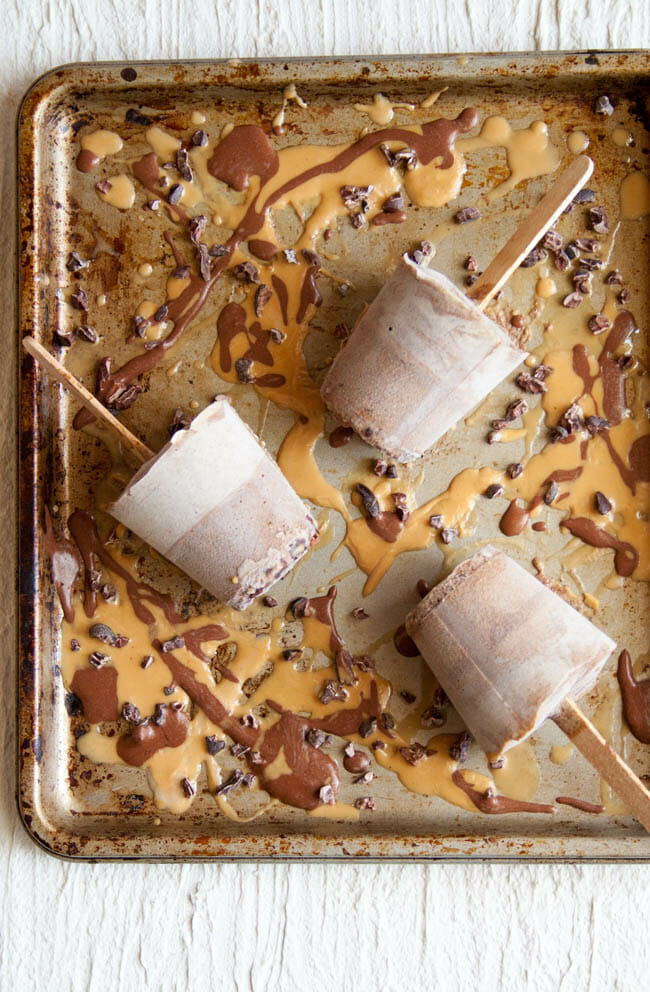 I've been on a popsicle making kick recently. They're really easy to make and usually only contain a few ingredients.

Since chocolate and peanut butter are a favorite combination of mine I had to make some chocolate peanut butter popsicles. I recently got a large bag of chia seeds from Costco, so I can have chia pudding whenever I want.

It's such a healthy treat that I can't seem to get enough of. It's become like hummus around my house - something I'm always making and trying out new flavors with. 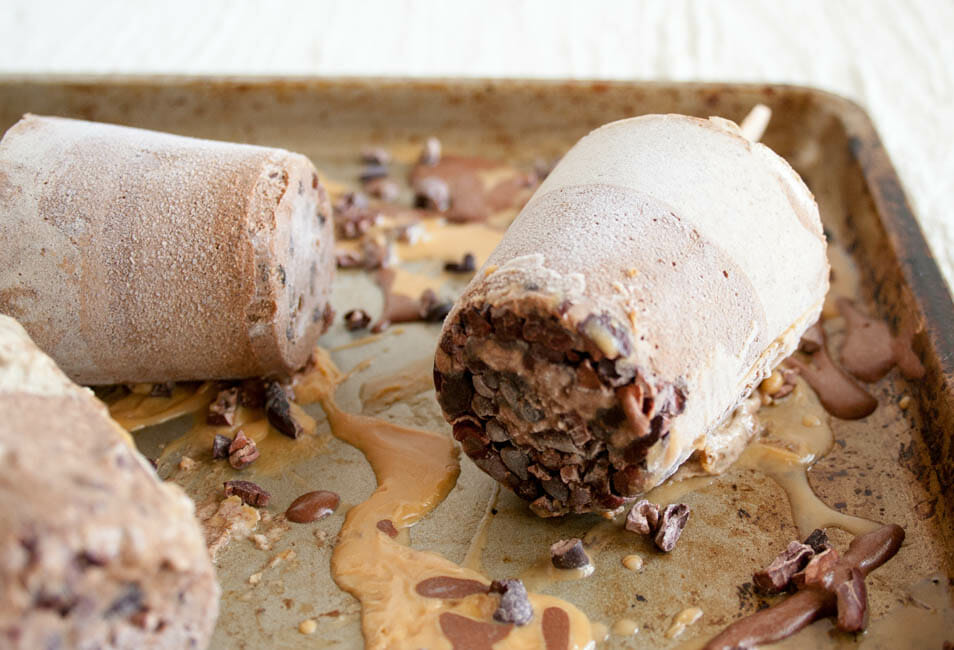 Since it's been so hot here in Tucson I thought freezing chia pudding into popsicles would be the best way to eat it.

There's no special equipment needed for these popsicles. I actually had some popsicle molds many years ago before becoming a blogger. I got rid of them because I never used them. Big mistake.

Oh well, you can never tell what you might use in the future, and at the time I thought they were just taking up space. 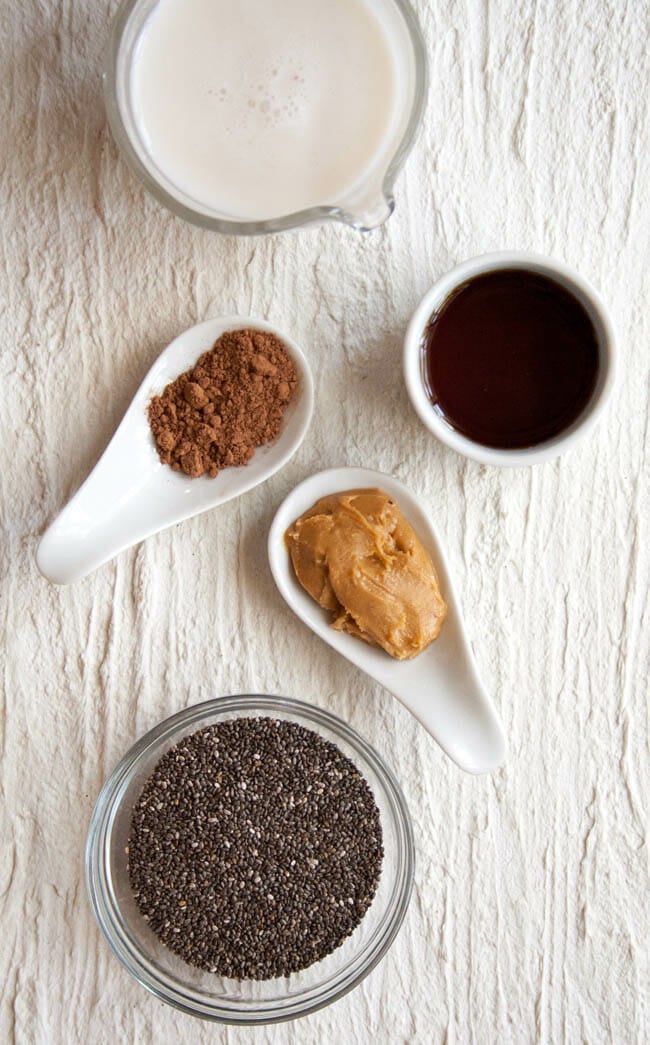 These Chocolate Peanut Butter Chia Pudding Popsicles are a healthy treat. Eat them anytime of the day! Click To Tweet 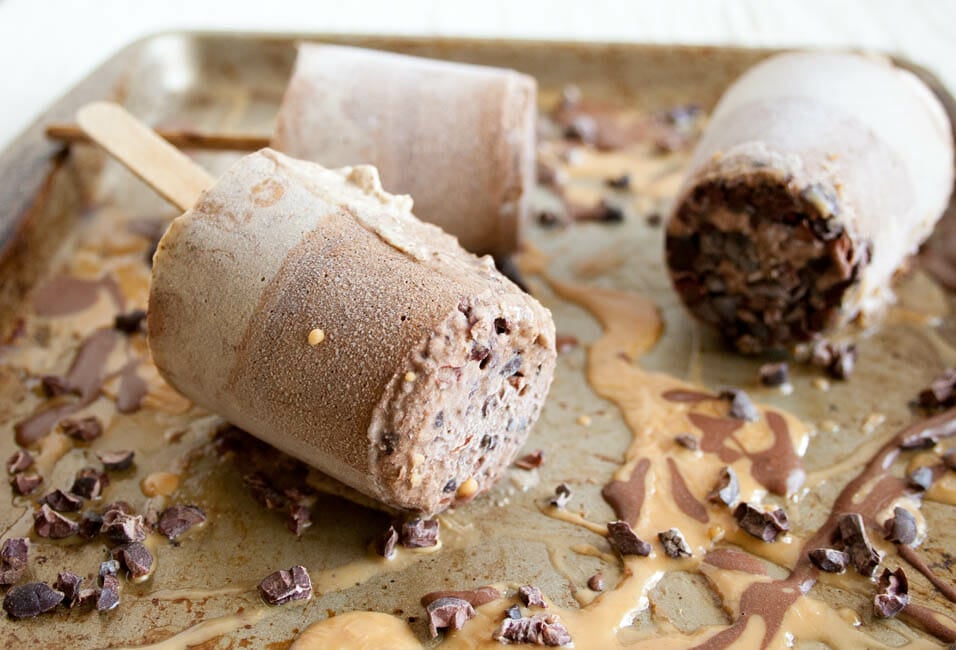 Cool off with these healthy popsicles!

This is the Nutribullet that I have. It's perfect for making these chia pudding popsicles. 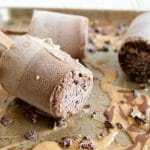