October 17, 2018 By Willow Moon
This post may contain affiliate links. As an Amazon Associate I earn from qualifying purchases.

This easy Vegan Apple Crisp is a great alternative to apple pie for the holidays! It is sweet, rich, and comforting. 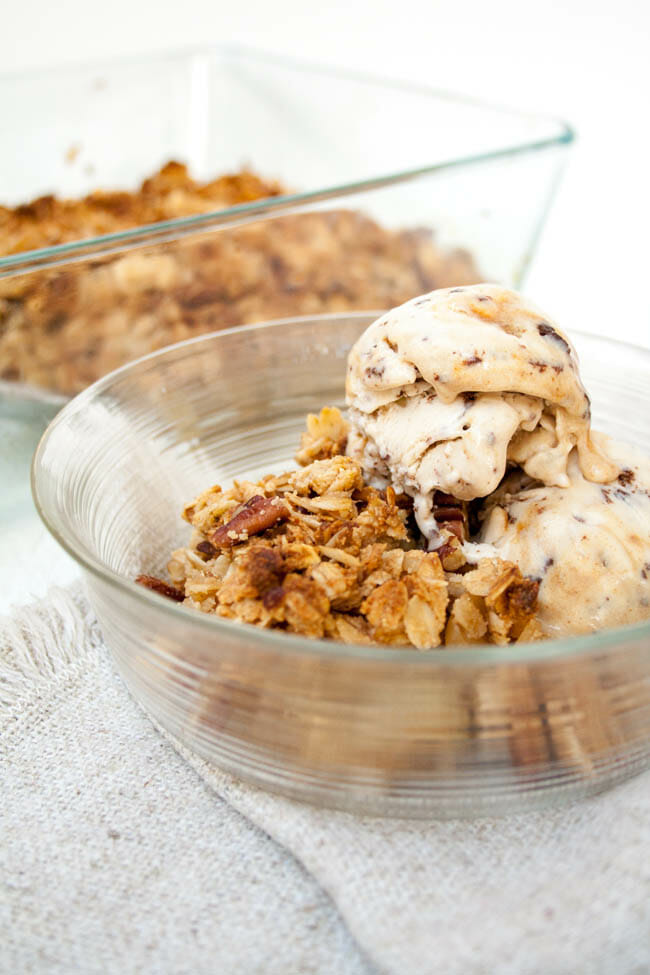 To be honest, I'm not much of a dessert person, but when I do feel like something sweet, I am team chocolate all the way. Being a food blogger, I feel that it wouldn't be fair to only have chocolate desserts on the blog.

You all would be bored to tears. 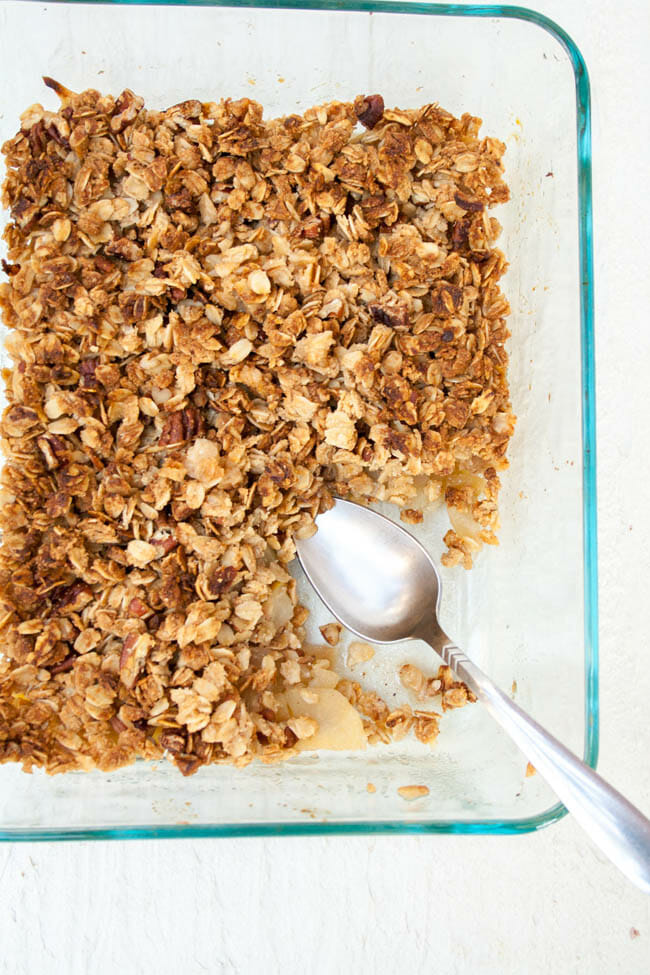 When I do go for a dessert the last thing I go for is an apple dessert. It's just not in my wheelhouse.

That said, I wanted some seasonal desserts that were not of the chocolate variety. Apple is one of the obvious choices for the season, so I figured why not.

If I didn't like it, I could throw it in my morning smoothie - which is where many of my desserts end of after I get tired of eating them.

I figured this year a vegan crisp would be the way to go since they are so easy and it's basically baked fruit with crunchy granola on top.

That's exactly what this tastes like, which makes me a happy camper. So if you like baked apples and granola, you're going to love this!

It tastes great with some salted caramel vegan ice cream, which is how I enjoyed mine. (A little ended up in my morning smoothie as well.) 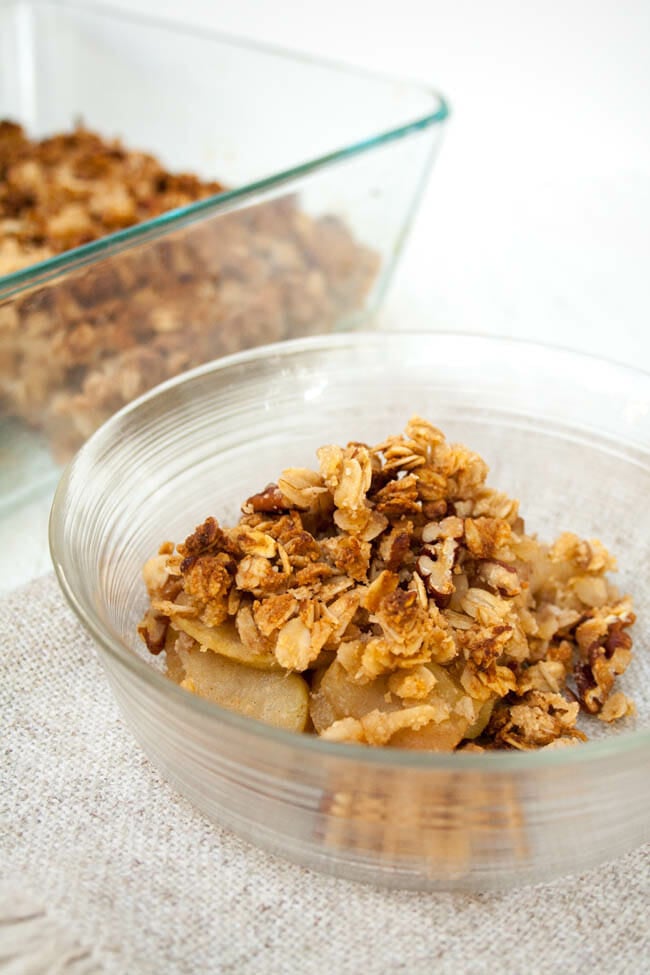 If you want an easy dessert for Thanksgiving, this Vegan Apple Crisp is the way to go. It's so much easier than apple pie, but with similar flavors. I'm not a baker, so an apple crisp is the perfect baked dessert for me.

Thanksgiving can be a bit overwhelming, so to give yourself a break, make this Vegan Apple Crisp. No one will miss the pie. I promise.

If you aren't an apple fan, or want to switch things up, you could use pears instead. During Summer months make it with peaches or cherries. 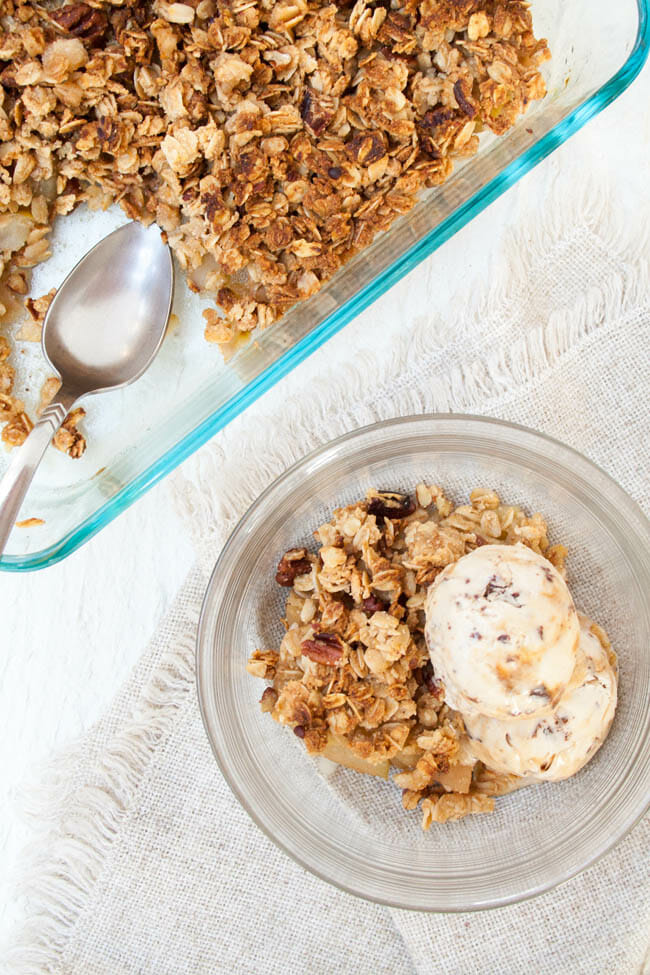 This easy Vegan Apple Crisp is a great alternative to apple pie for the holidays! It is sweet, rich, and comforting. Click To Tweet 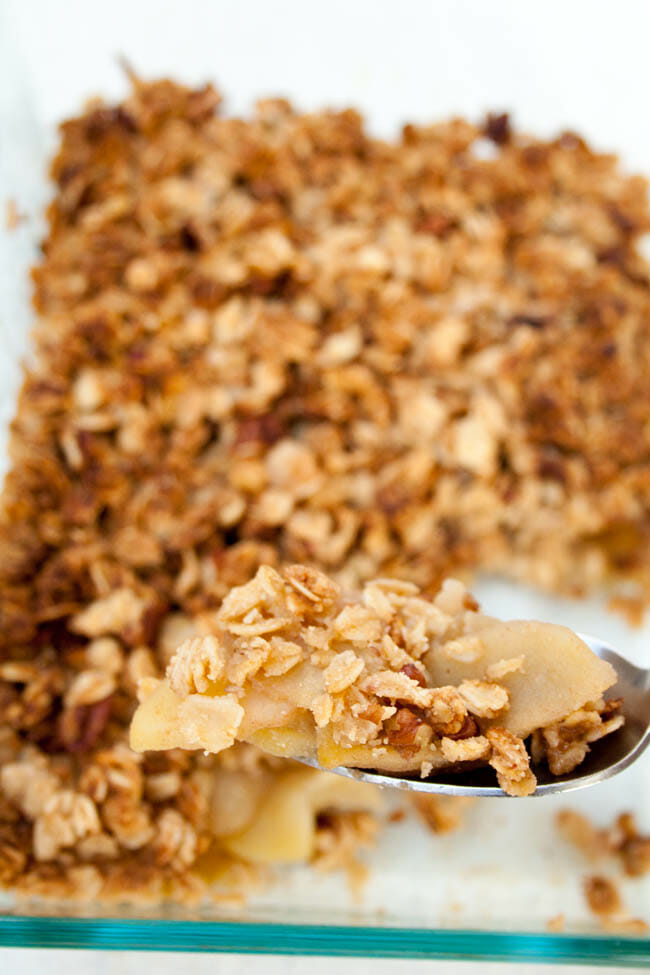 And Some Chocolate Desserts (Since I Have So Many) 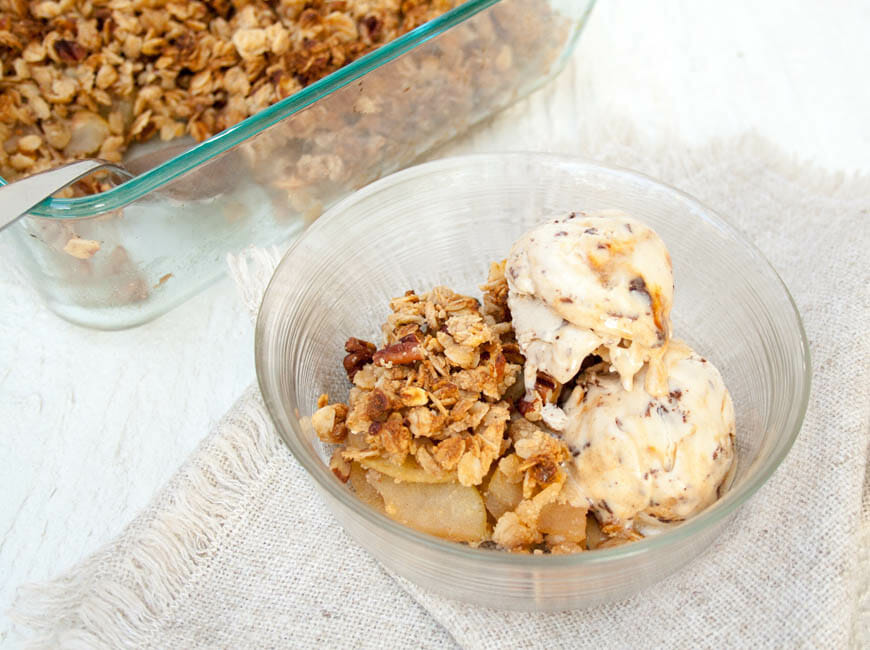 You're going to want this easy vegan dessert on your Thanksgiving menu! 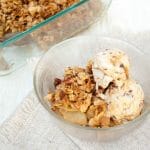