August 18, 2018 By Willow Moon
This post may contain affiliate links. As an Amazon Associate I earn from qualifying purchases.

This savory smoky eggplant bacon can be made 3 different ways and to different degrees of crispiness. 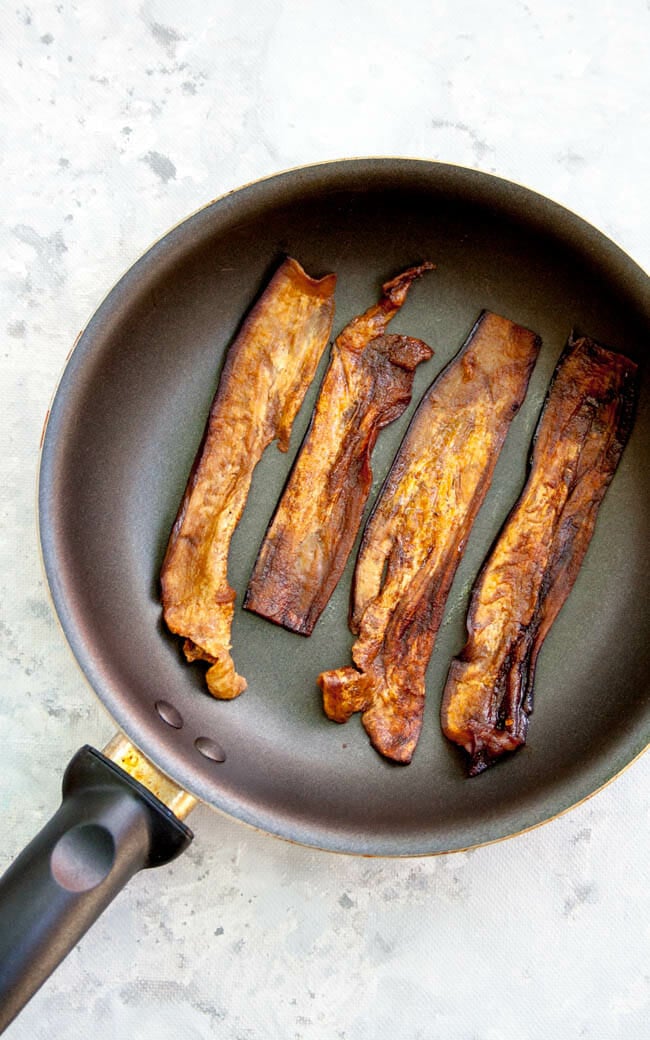 This Eggplant Bacon is savory, smoky, and has a touch of sweet. Depending upon which way you make it, it can be crispy or slightly crispy on the edges.

It tastes great in sandwiches with some lettuce, tomato, and vegan mayo.

Even though I've already created Tofu Bacon and Almond Bacon for the blog, I had to try Eggplant Bacon to see how it compares. In all honesty, none of them tastes like bacon, so don't expect them to.

These vegan bacon recipes are meant to provide you with a savory smoky flavored bite. 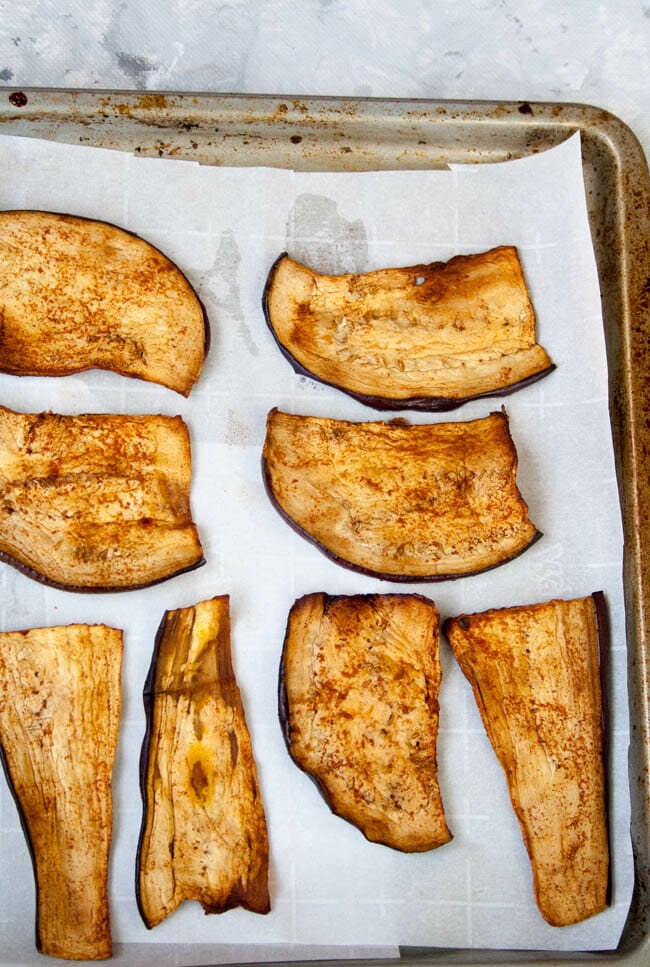 In the almost 20 years of being vegan I haven't missed bacon once. But then I became vegan for the animals, and I can understand that if you're doing it for your health it can be harder.

There are many guilty pleasures that are vegan.

Vegan wine, anyone? How about some vegan cream cheese and rice crackers. Guilty on both fronts.

So I think the question shouldn't be, does it taste like bacon, but how am I going to use it. Personally, I love Tofu Bacon the best because of the taste and texture. It's a great source of protein - one that I eat all the time.

For crunch, the Almond Bacon wins for me. It is best suited in place of bacon bits, or eaten by themselves as a snack.

The Eggplant Bacon falls in between both of the vegan bacon recipes. It is crunchy, especially if you bake or dehydrate it. I however, prefer it fried.

It is slightly crunchy on the edges, while staying soft in the middle. It is perfect for getting more veggies into your diet.

Both the Eggplant Bacon and Tofu Bacon are perfect for sandwiches or as a side to a morning tofu or chickpea scramble.

If you really want something that tastes like bacon, you might want to check out the analogues (meat substitutes) out there, but FYI, most are highly processed, like the vegan cream cheese that I am guilty of eating now and then. 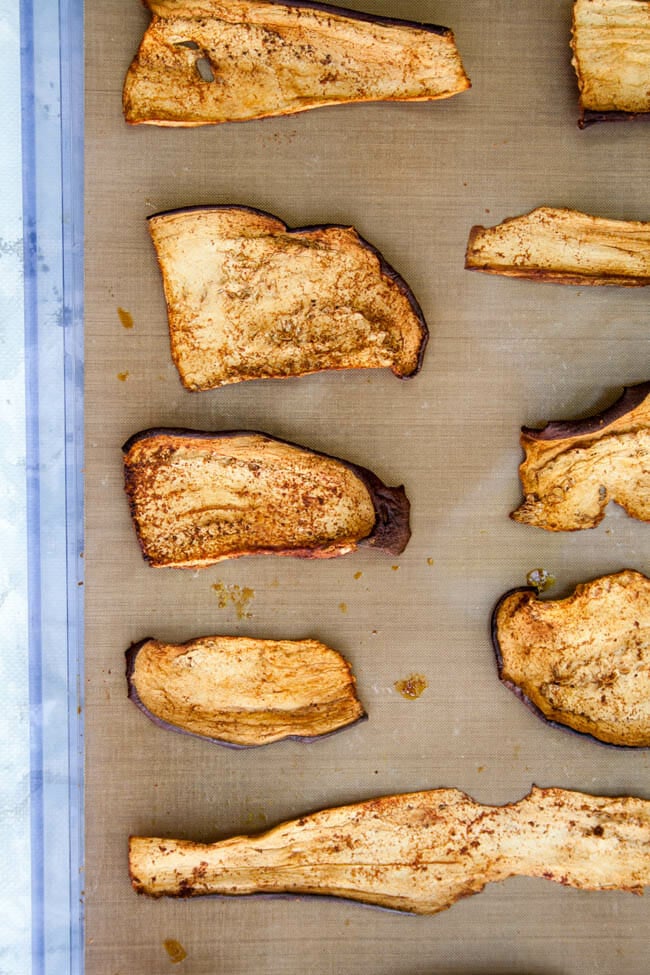 This savory smoky eggplant bacon can be made 3 different ways and to different degrees of crispiness. Click To Tweet 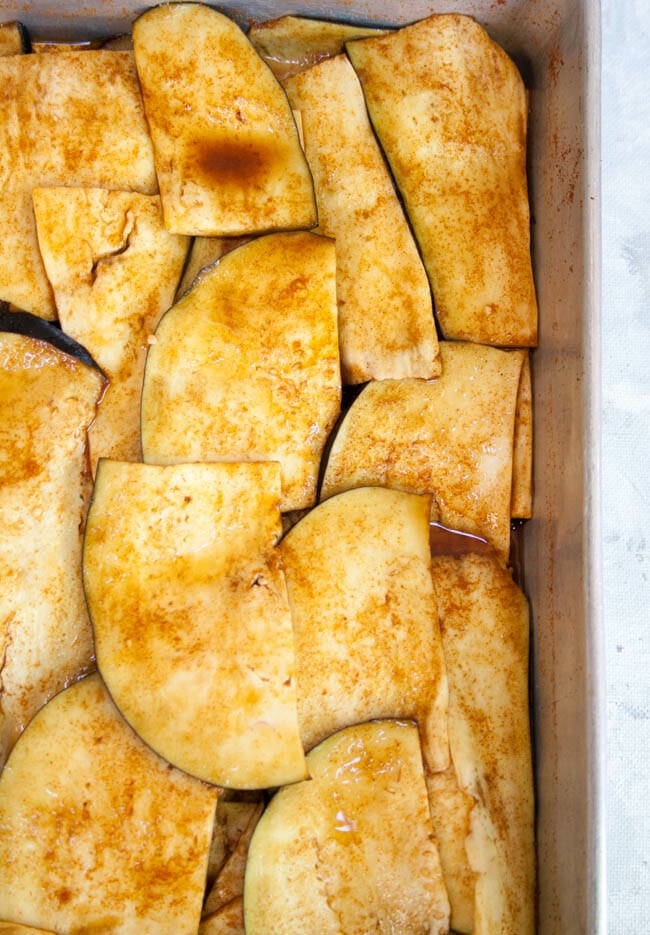 How to Make Eggplant Bacon

Ways to Use Vegan Eggplant Bacon 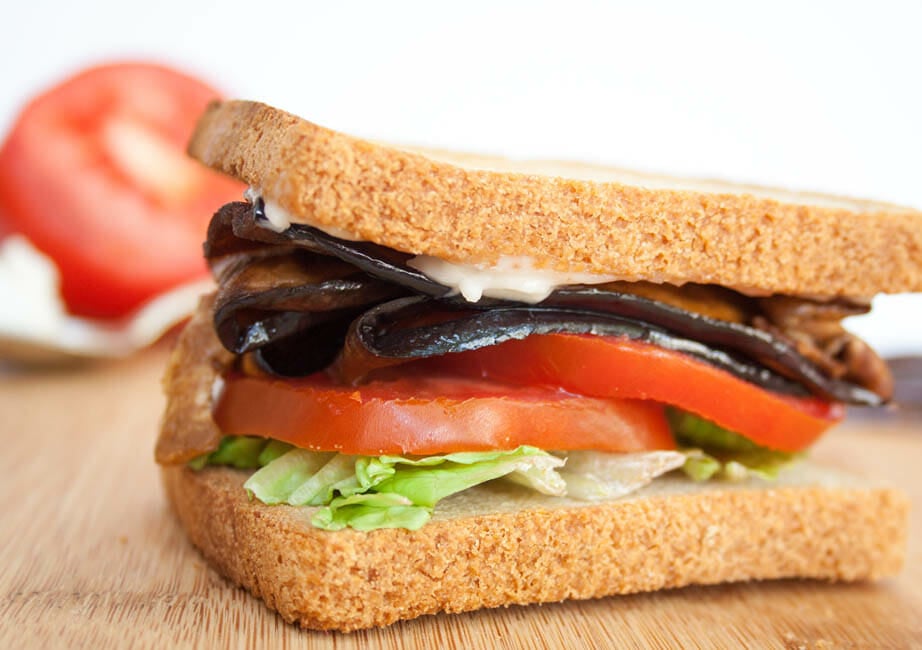 This eggplant bacon is perfect for a vegan BLT.

Here's the dehydrator that I have. It's perfect for making this eggplant bacon as well as other raw recipes. 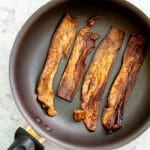 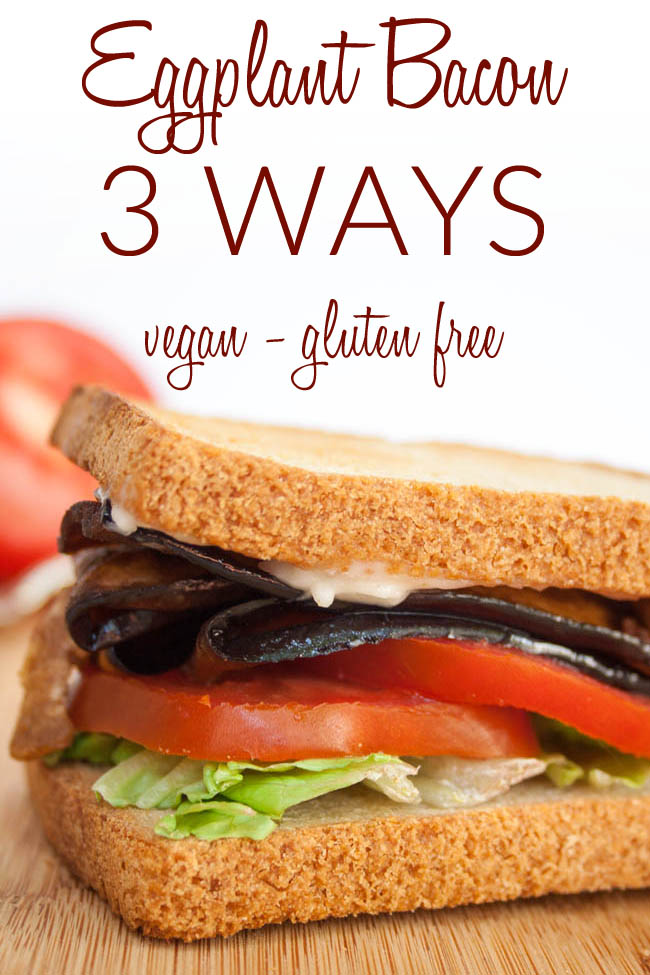