May 2, 2018 By Willow Moon
This post may contain affiliate links. As an Amazon Associate I earn from qualifying purchases.

This easy Vegan Enchilada Tortilla Pizza has all the flavors of enchiladas without all the fuss! This recipe comes together in about 20 minutes, so it's perfect for a weeknight meal. 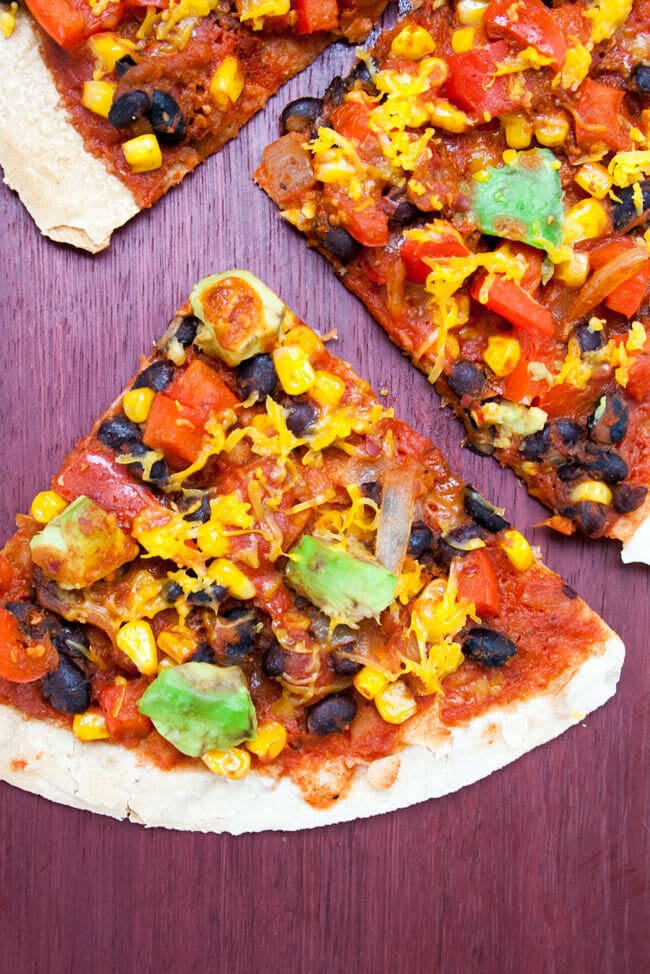 If you're craving enchiladas, but don't want to spend time in the kitchen, than this Vegan Enchilada Tortilla Pizza is for you!

Just make the filling and enchilada sauce (or use store-bought) and top your tortilla. Easy, right!

This easy Vegan Enchilada Tortilla Pizza has all the flavors of enchiladas without all the fuss! This recipe comes together in about 20 minutes, so it's perfect for a weeknight meal. Click To Tweet 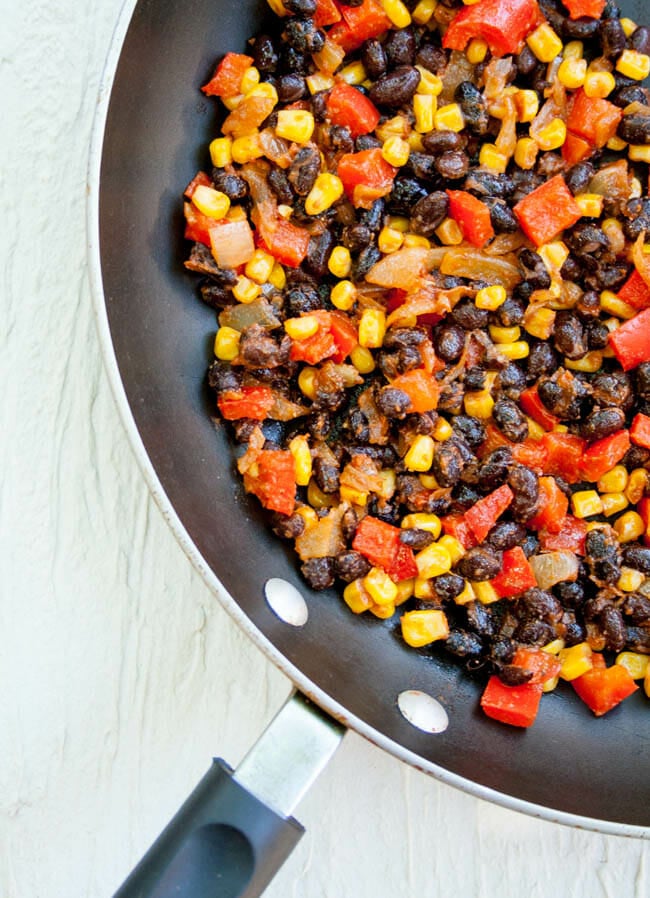 This vegan tortilla pizza takes about 20 minutes from start to finish, so it's perfect for a quick weeknight meal.

I used a brown rice tortilla for the pizza crust. If you really want to load up your pizza, like with vegan sour cream or guacamole, you may want to use a thicker pizza crust. A tortilla can only hold so much, after all. 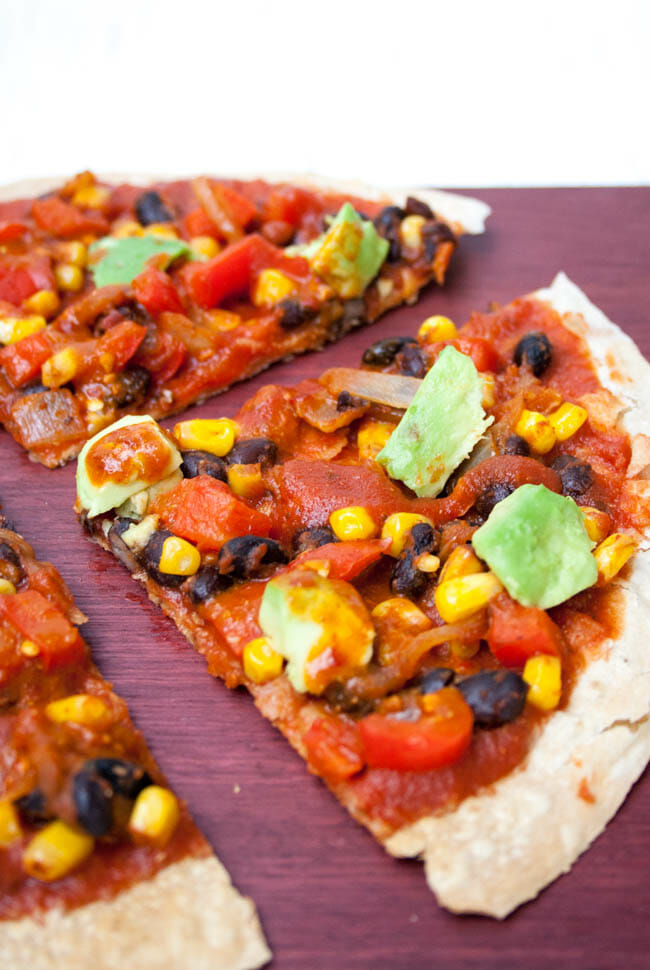 In my experience I have found that a tortilla pizza is the best way to use brown rice tortillas, especially when you get a batch that is starting to crack like my latest batch.

Luckily, I had this recipe planned. If I would of had wraps or a burrito planned, I would of been swearing up a storm. You just never know when you'll get a bad batch. I try to only make the wrap and burrito recipes when I have some spinach amaranth tortillas from the Farmer's Market in my hands. Sometimes the maker of the tortillas runs out, so it's hard to plan those recipes.

If you've found some good vegan gluten free tortillas other than the ones I used here, please let me know. I'm always up to trying new brands. 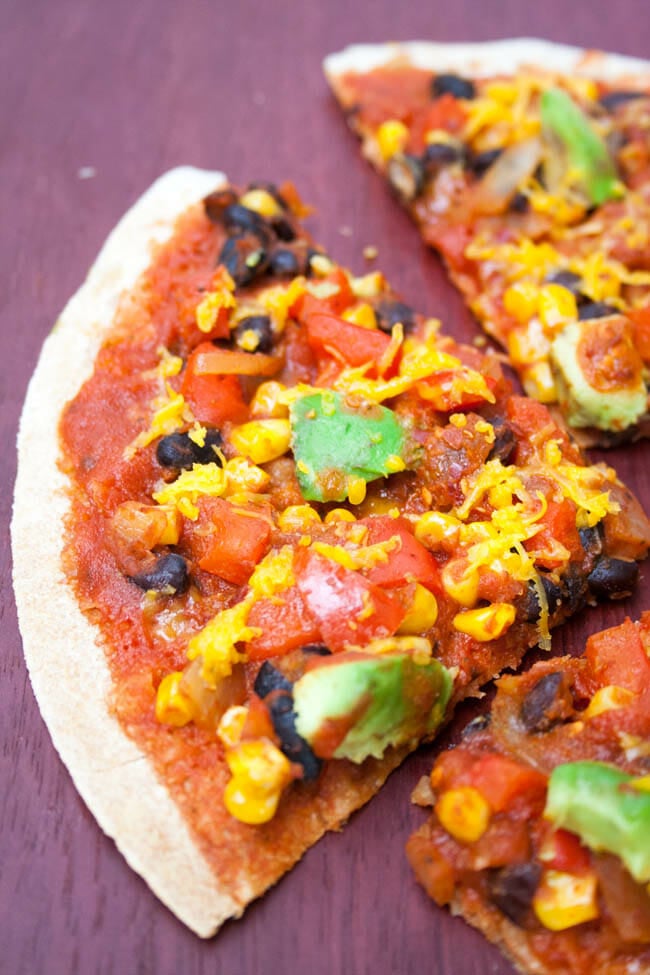 Customize To Your Liking

If you don't like an ingredient, switch it out. There's many people who avoid red bell peppers because they are in the nightshade family, which cause immune reactions. You could replace the red pepper with zucchini or mushroom.

Don't like corn? Add more beans or some tofu. Adjust the ingredients to your liking. Play around with the recipe and have fun!

This vegan pizza has black beans, corn, red pepper, onion, and enchilada sauce. It's a great way to combine pizza and taco night into one!

*If you love this recipe, please come back and leave your feedback and star rating. 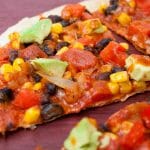 Enchilada Sauce (or use store bought) 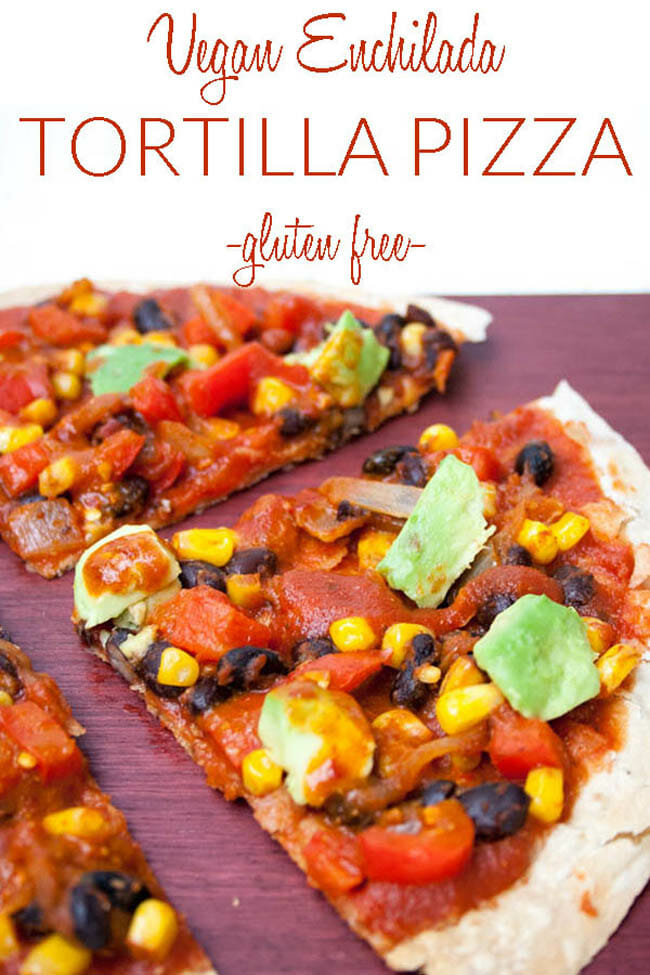