This creamy vegan Mexican Chocolate Chia Pudding is sweet and slightly spicy. It is healthy enough to eat anytime of the day! 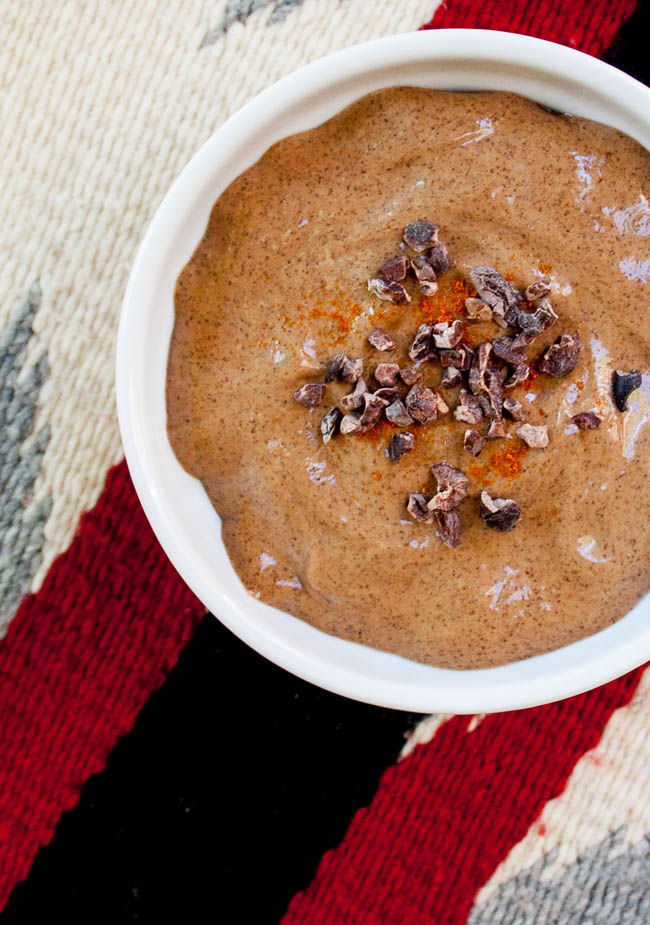 I have really taken a liking to chia puddings. They are healthy, filling, and loaded with nutrients. Almost all their carbs are from fiber. They are high in protein and omega-3 fatty acids, as well as antioxidants.

If you don’t like the texture of chia pudding, you can blend it thoroughly, as I have done for this Mexican Chocolate Chia Pudding. The consistency is more like the pudding you are used to. Chia pudding is great for breakfast, dessert or as a snack.

Chia seeds are really versatile. Besides chia pudding, I have used them as the main ingredient in Pizza Crackers, and as a binder in recipes like Peanut Butter and Blueberry French Toast and a Vegan Monte Cristo. They are a good egg replacer. 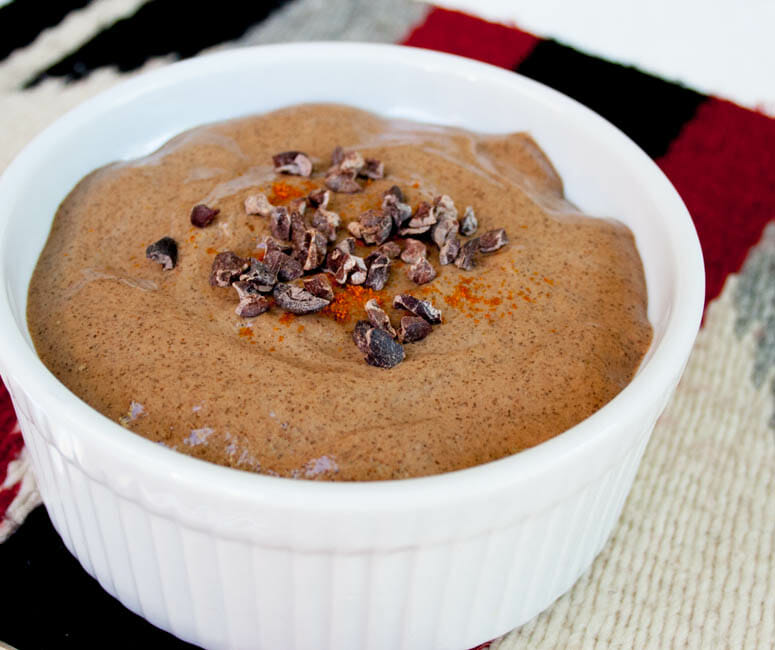 Since I live in Tucson, which happens to be only an hour or so north of Mexico, I am influenced by Mexican cuisine. It is everywhere here.

Living here has definitely influenced my cooking. I mean, have you noticed how many Mexican inspired recipes I have on Create Mindfully? This blog is inundated with them!

Chipotle is one of my go-to ingredients, as is roasted green chiles. Vegan quesadillas have become one of my favorite easy go-to meals, and I LOVE vegan enchiladas. And, of course there’s the tacos… 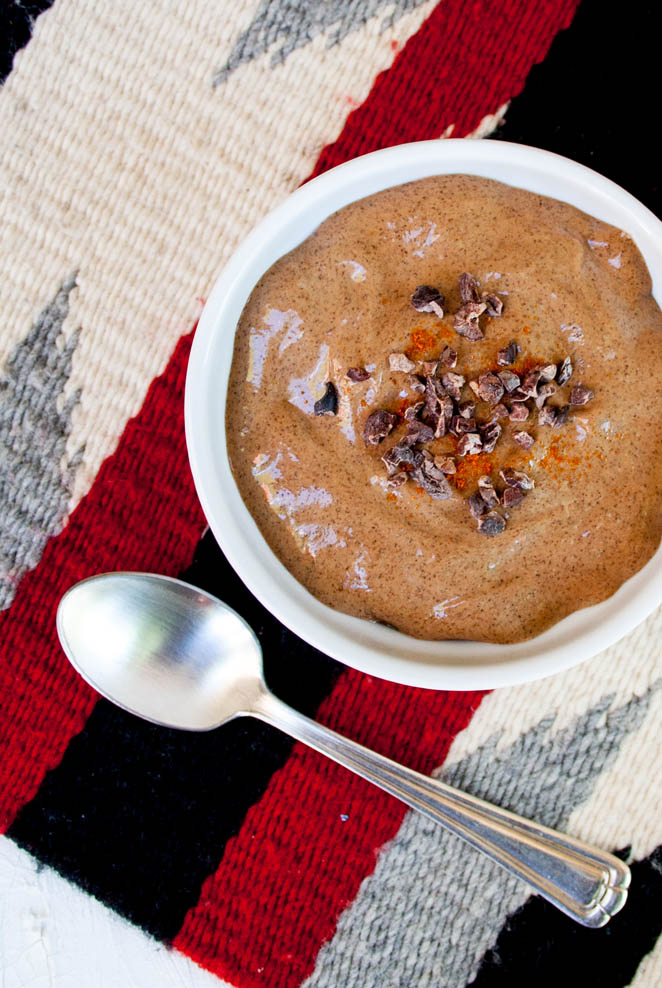 Here are Just Some of Those Mexican Inspired Recipes

And last but not least, the most intensive recipe that I have ever made, Vegan Green Corn Tamales.

Even though they take time, they are so worth it! I usually have some for Thanksgiving or Christmas. Even though green chili season is in Summer, I freeze some to have during the holidays or buy some locally.

So if that doesn’t convince you that I have been inspired by Mexican cuisine, I don’t know what will, except for maybe perusing my site for all the other Mexican inspired recipes. But believe me, the tamales are the recipe that takes the cake.

I learned how to make them many years ago. They are a staple around here. When I was a teacher, there were Mexican ladies who would come by to sell their tamales by the dozen at my school.

Every family makes them differently, but I like to think that I learned from one of the best tamale makers, my husband, who is not vegan. So, I veganized them to my liking. 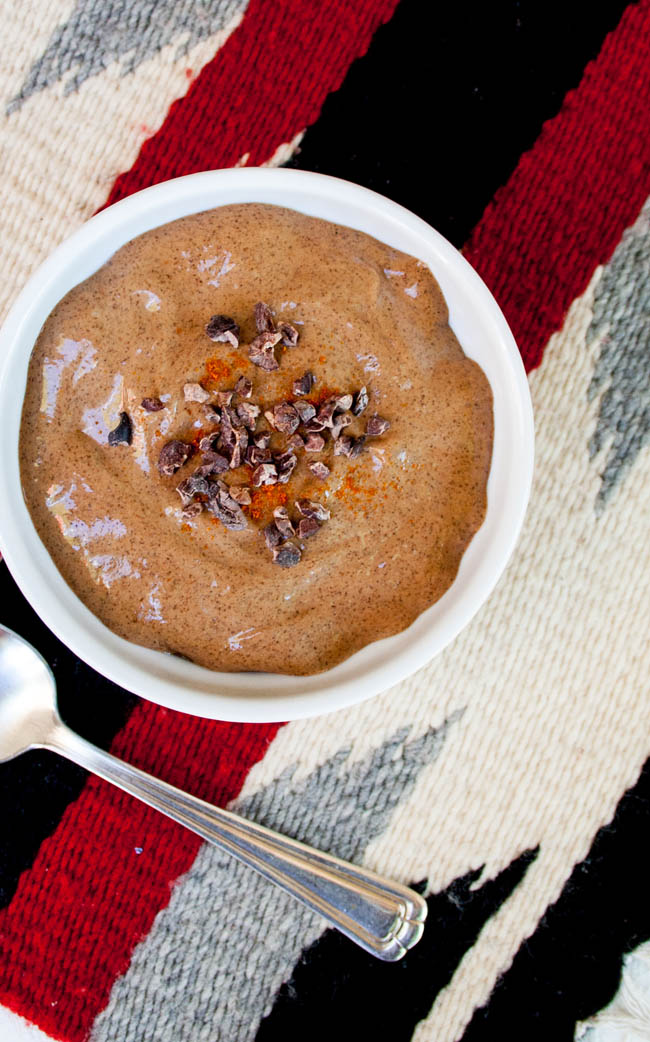 This Chocolate Chia Pudding with Mexican spices is inspired by Mexican cuisine as well. It has cacao powder, cinnamon, nutmeg, and either cayenne pepper or chili powder, whichever you prefer. I had it with both, but preferred the cayenne pepper. It is sweet and slightly spicy from the cayenne.

I also made a Vegan Mexican Hot Chocolate awhile back. It was sweet, rich, and indulgent. I used Mexican chocolate, which has a grainier texture than American chocolate. If you have never had it, I highly recommend trying it.

Hopefully in these pages, I will inspire you to make some Mexican inspired dishes as well. Cheers! 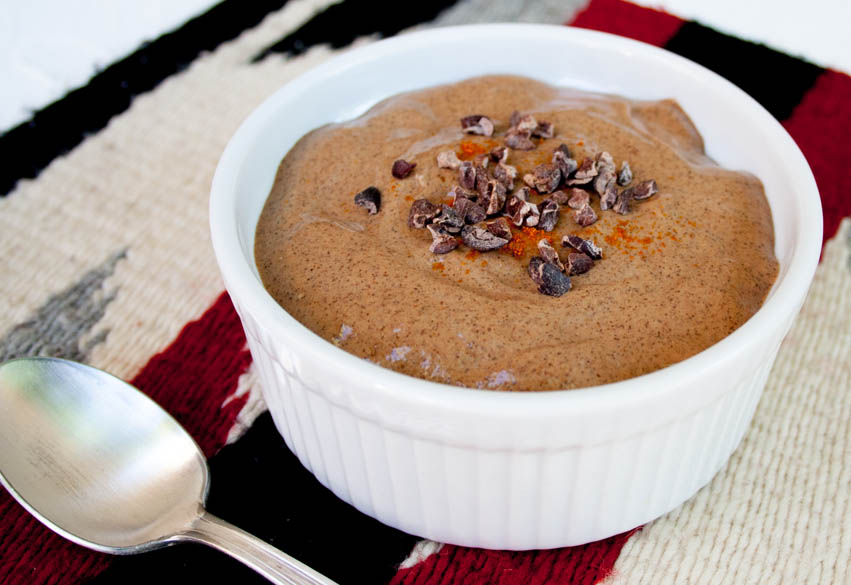 This chocolate chia pudding with Mexican spices is a healthy, yet indulging treat. Eat it for breakfast, dessert, or as a snack. Hopefully, you will love it as much as I do! If you love this recipe, please come back and leave your feedback and star rating.

This is the Nutribullet that I have. It’s perfect for making this chia pudding with a traditional creamy texture. 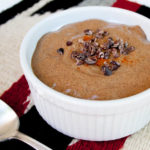 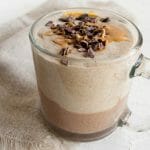