November 18, 2017 By Willow Moon
This post may contain affiliate links. As an Amazon Associate I earn from qualifying purchases.

This Vegan Gluten Free Pizza Crust with Coconut Yogurt has only five ingredients and doesn't need time to rise! 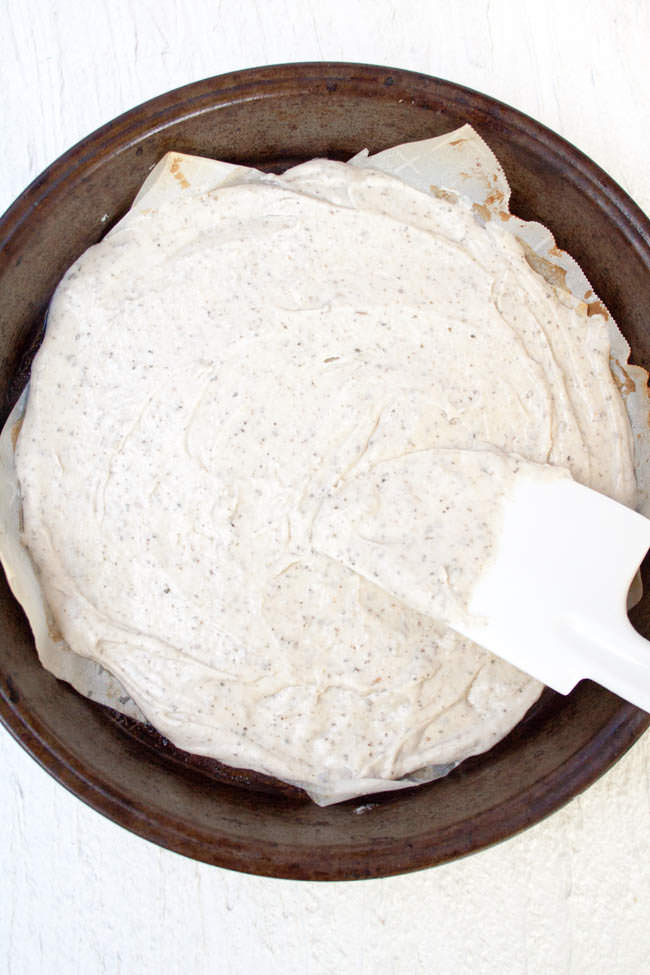 The inspiration for this Vegan Gluten Free Pizza Crust with Coconut Yogurt came when I was watching the Kitchen on the Food Network. Sunny Anderson made a yeast free pizza crust with Greek yogurt and self-rising flour.

I figured why not try it with rice flour and coconut yogurt. Since I didn't have self-rising flour, I added baking powder. I don't think I have seen a self-rising gluten free flour where I shop, but I checked the internet and saw that they do exist.

I added nutritional yeast to add a cheesy flavor. I also added Italian seasoning because I love the flavor and always add it to my pizza dough. 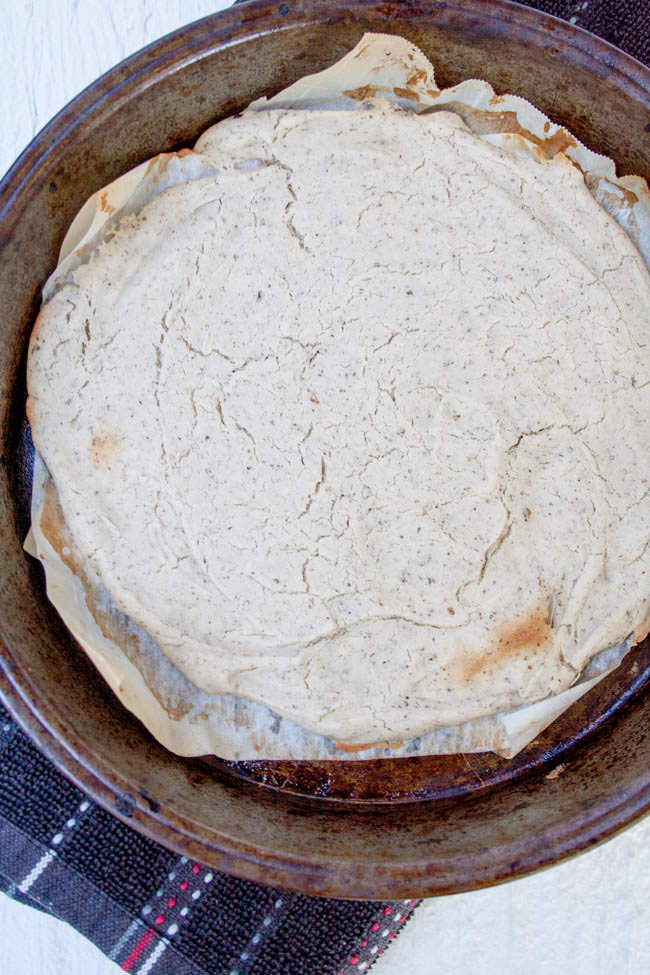 No Yeast Means No Wait Time

This gluten free pizza dough takes only a few minutes to make, and you don't have to wait for the dough to rise. The pizza mix that I buy has yeast, so it takes two hours to rise, which isn't ideal for a weeknight meal.

I usually make the whole recipe, which makes two nine inch pizza crusts. I put half in the fridge so that I can have pizza again a day or two later. The consistency is not the same as a dough with gluten. Instead of rolling it out, you spread it onto a parchment paper lined pan.

With this recipe in my repertoire, I don't need to buy frozen pizzas anymore - or at least not as much. They are nice for lazy days when I don't feel like cooking. Considering this recipe only takes a few minutes to make, and tastes better than frozen pizza, it is definitely going to give frozen pizza some competition!

This Vegan Gluten Free Pizza Crust with Coconut Yogurt has become my new go-to for a quick and easy meal. It is less expensive than the frozen variety. I have made several pizzas with it, which I will be posting in the weeks to come. 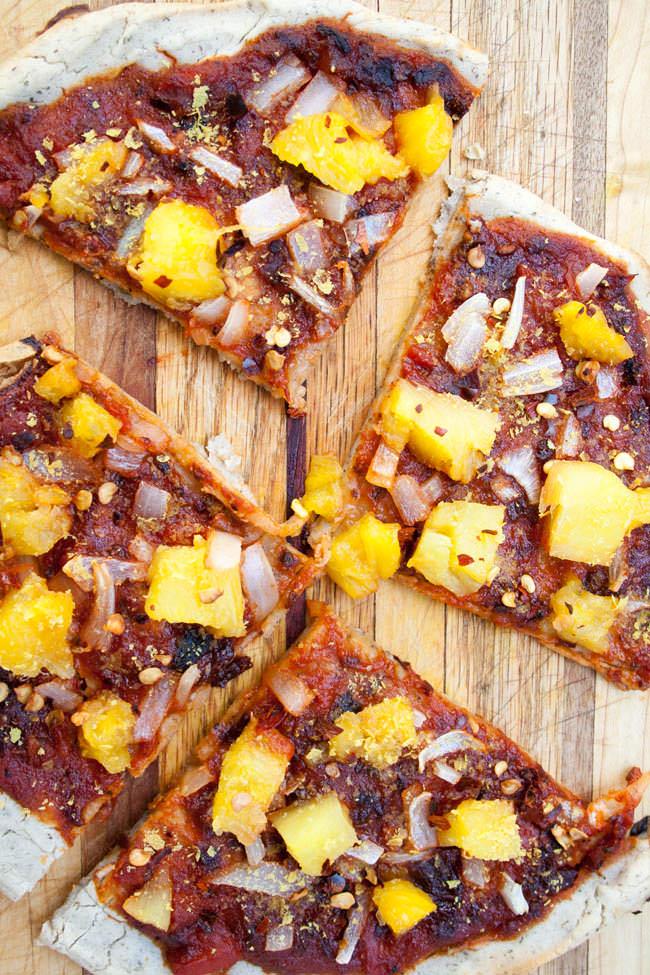 Pizzas To Make With This Crust

This Vegan Gluten Free Pizza Crust has only five ingredients and doesn't need time to rise! Click To Tweet 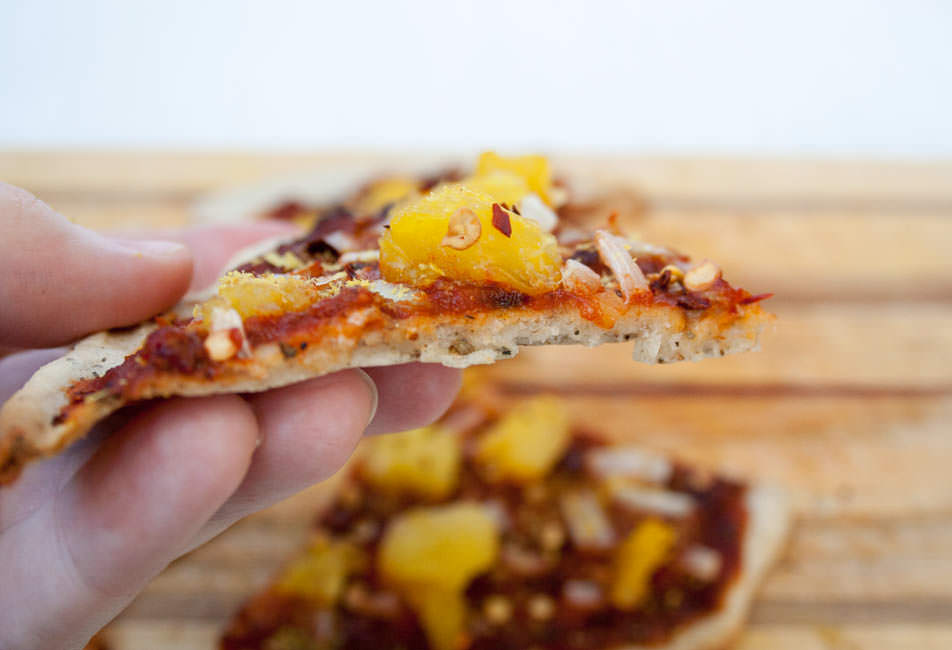 This gluten free pizza dough recipes comes together in no time. No need to order pizza, when you can make this! 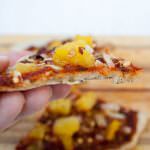 The pizza crust in these photos were taken before I added nutritional yeast. When you make the crust, it will come out just slightly more golden. I made this recipe many times and like it better with the nutritional yeast than without. It mellows out the tangy flavor of the coconut yogurt. Normally I would retake the photos, but I broke my ankle so cooking and taking photos has become quite a difficult task! Even though I have a backlog of recipes waiting to be posted, I wanted to post this recipe at this time of the year because of one of the pizzas I made with it. Stay tuned for that recipe!