July 7, 2018 By Willow Moon
This post may contain affiliate links. As an Amazon Associate I earn from qualifying purchases.

These Smothered Vegan Burritos are filled with spicy black beans and rice, then smothered in a homemade enchilada sauce. 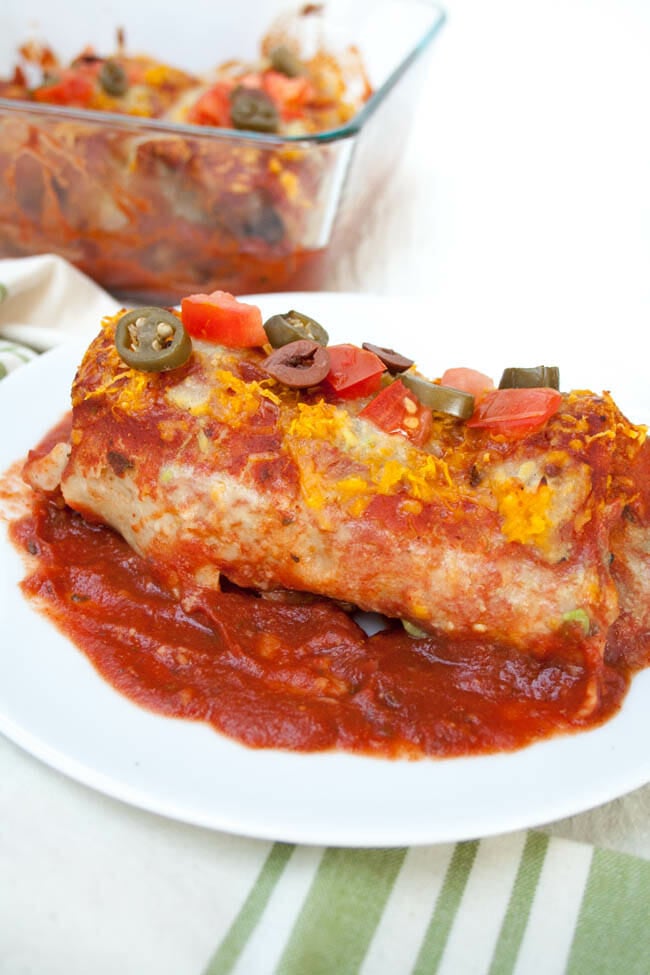 I was inspired to make these Smothered Vegan Burritos after making my Vegan Enchilada Tortilla Pizza and another recipe using enchilada sauce. What can I say, I was on an enchilada kick.

Anytime I can do batch working, I am all over it. 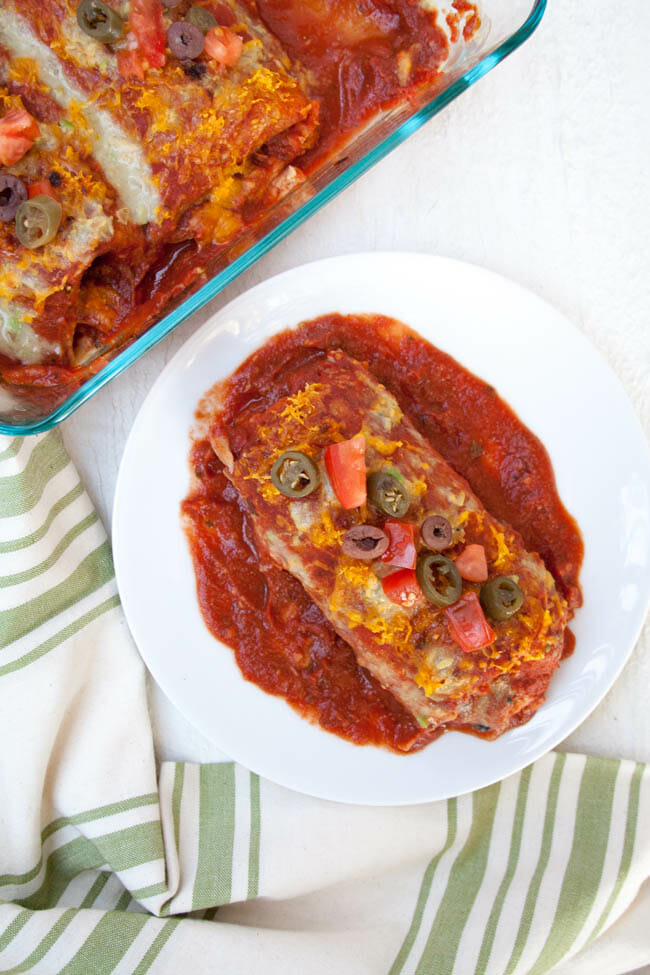 Normally I don't fill my burritos with rice since there are plenty of carbs with the tortilla, but since I had made some for another recipe, I figured why not.

Many people eat burritos with beans and rice, especially in the U.S.

In Mexico they eat burritos with meat and beans, whereas burritos in the U.S. are usually loaded with a bunch of ingredients. Instead of loading these vegan burritos up, I added a few ingredients as garnish. 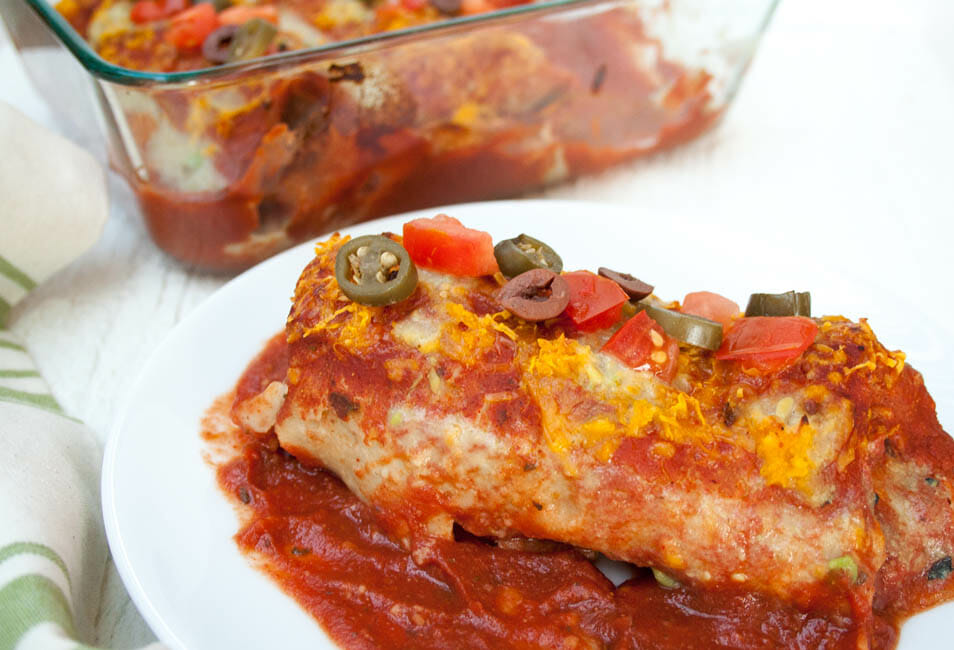 These Smothered Vegan Burritos are filled with spicy black beans and rice, then smothered in a homemade enchilada sauce. Click To Tweet 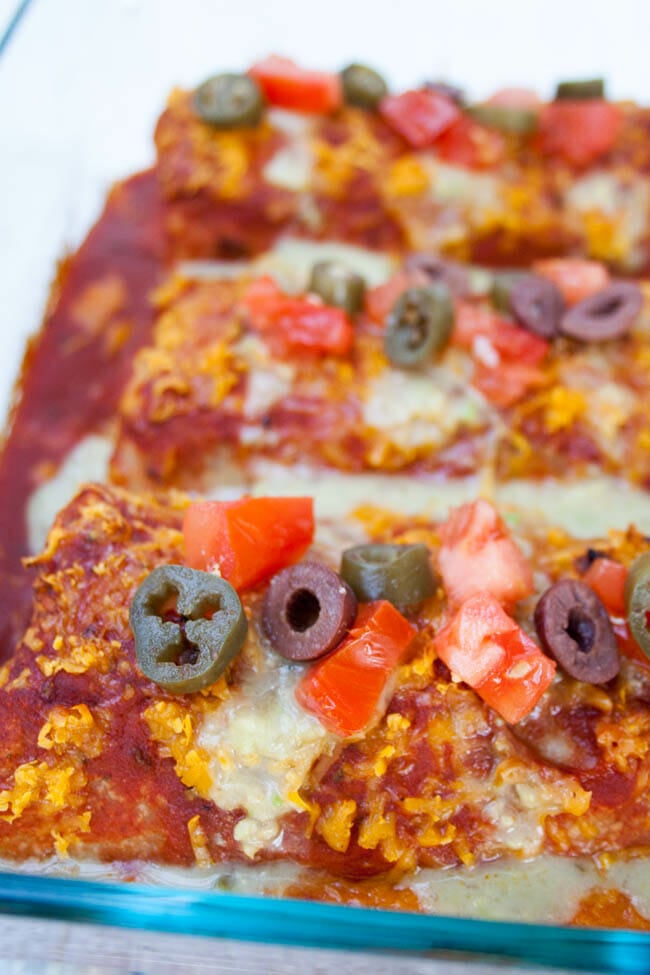 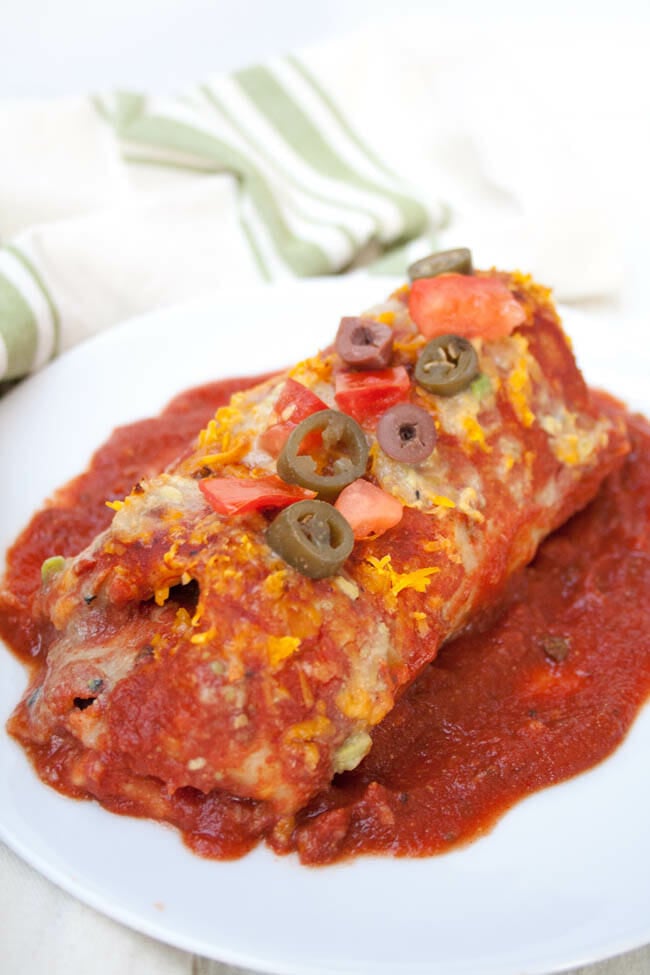 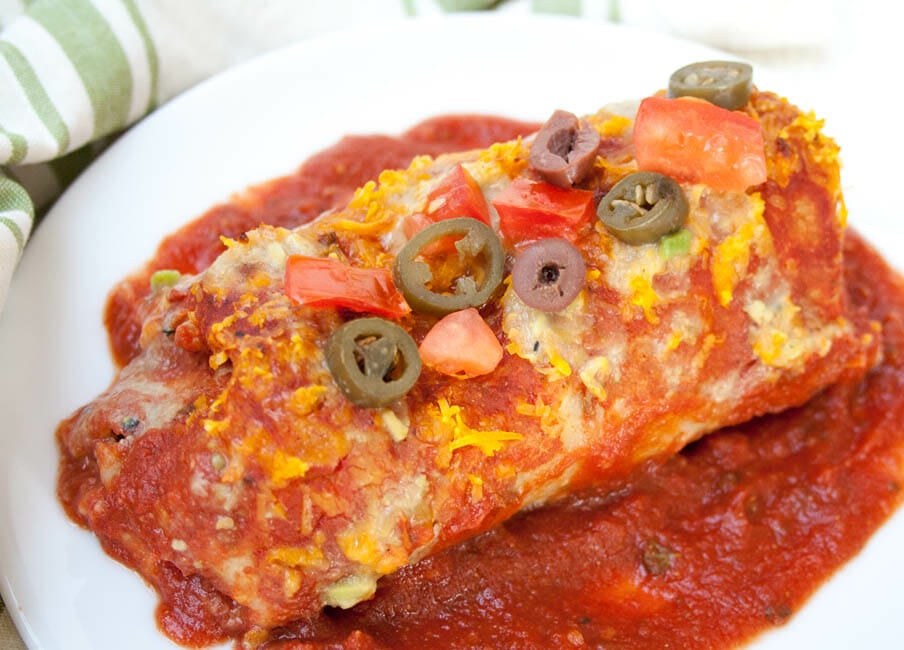 These wet burritos are loaded with flavor. Make them with one sauce or two.

I love these Pyrex baking dishes! I used a 7 ½" x 9 ½" baking dish for this recipe. It's great because it comes with a cover, so I can put it in the fridge without having to switch out the container first. 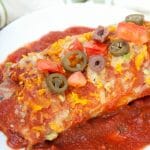 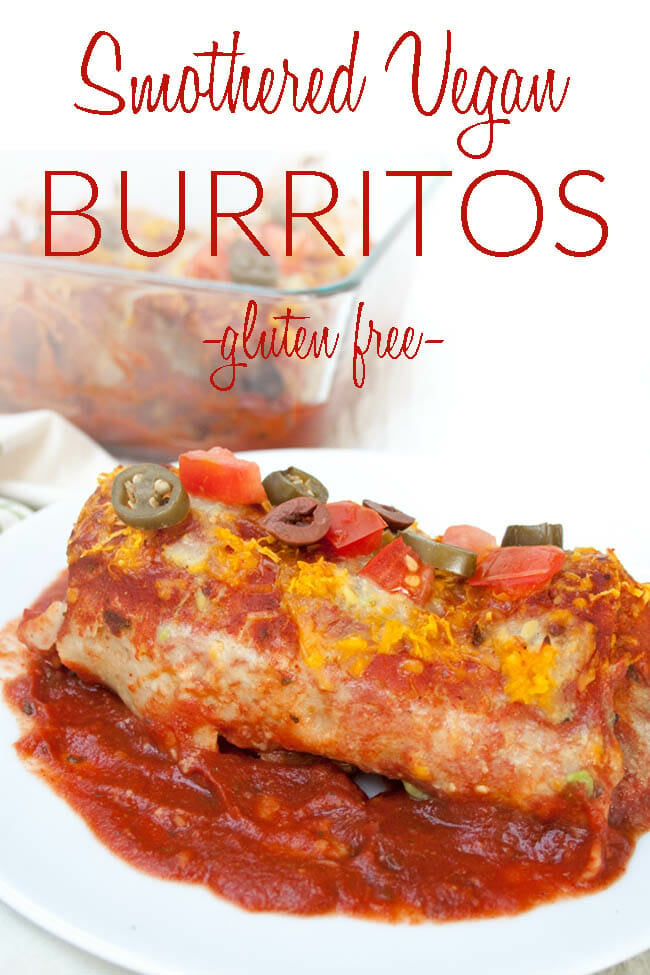