January 5, 2019 By Willow Moon
This post may contain affiliate links. As an Amazon Associate I earn from qualifying purchases.

This healthy Jackfruit and Cauliflower Rice Burrito has a spicy crunchy filling. It is a quick and easy meal. 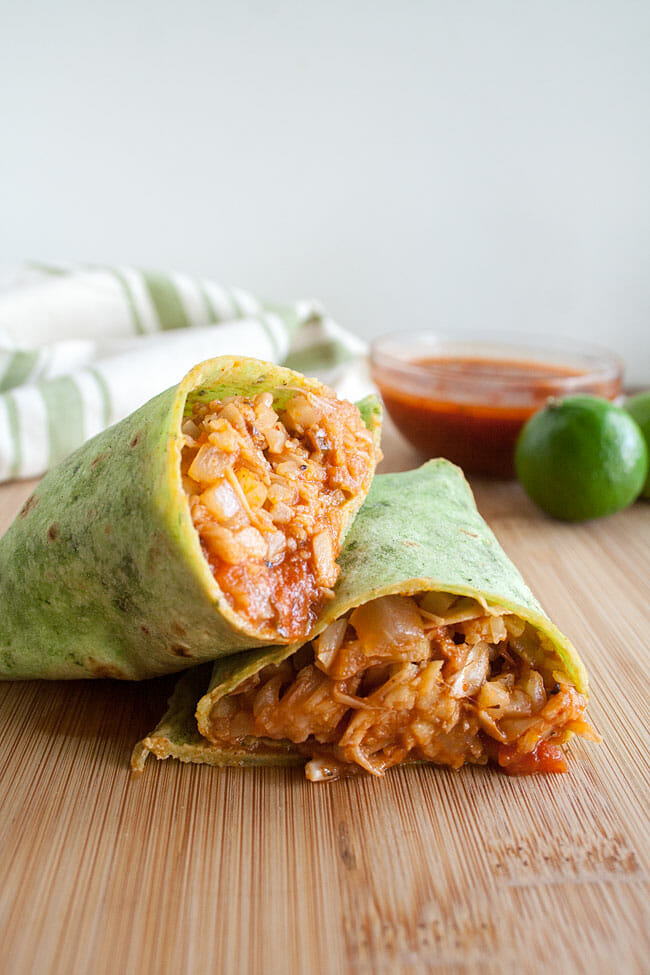 Taco flavored jackfruit and cauliflower rice wrapped in your favorite tortilla, what's not to love? Made with a Lime Crema to balance out the spicy flavors.

If you're eating low carb, you could eat this as a burrito bowl with some lettuce instead of in a tortilla. 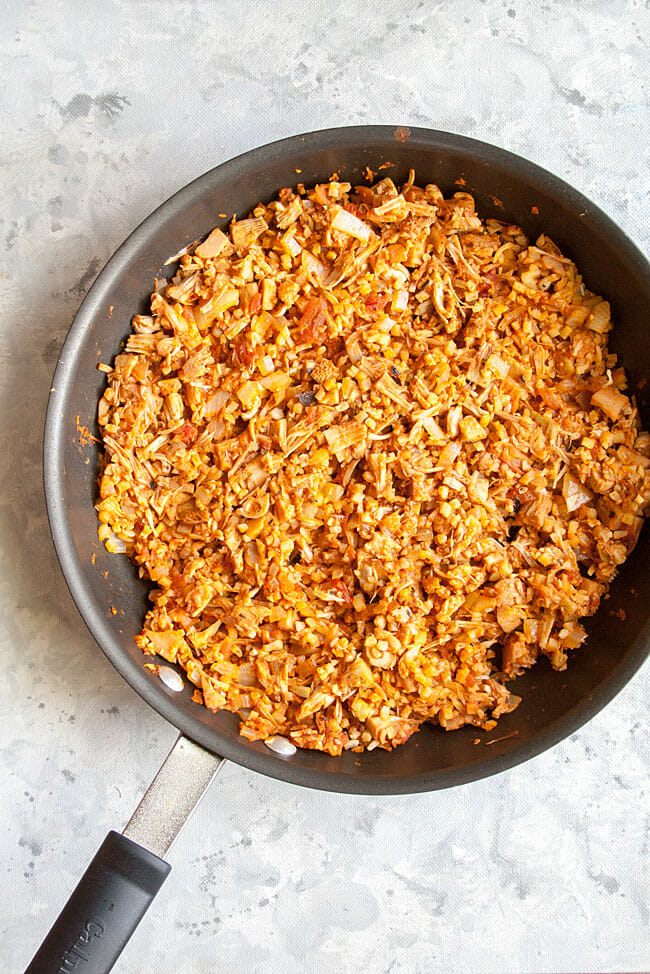 If you've never had jackfruit before, it is found in tropical regions of the world. It is commonly used in South and Southeast Asian cooking.

To me, it tastes like artichoke hearts. This is actually only my second time having it. The first time was a seasoned package that I included in some Jackfruit Enchiladas.

This time I used the green jackfruit in brine. I'd have to compare the two products side-by-side, but I think I like this jackfruit better. For one thing, I can control the seasonings, which means a lot less sodium than the packaged stuff. 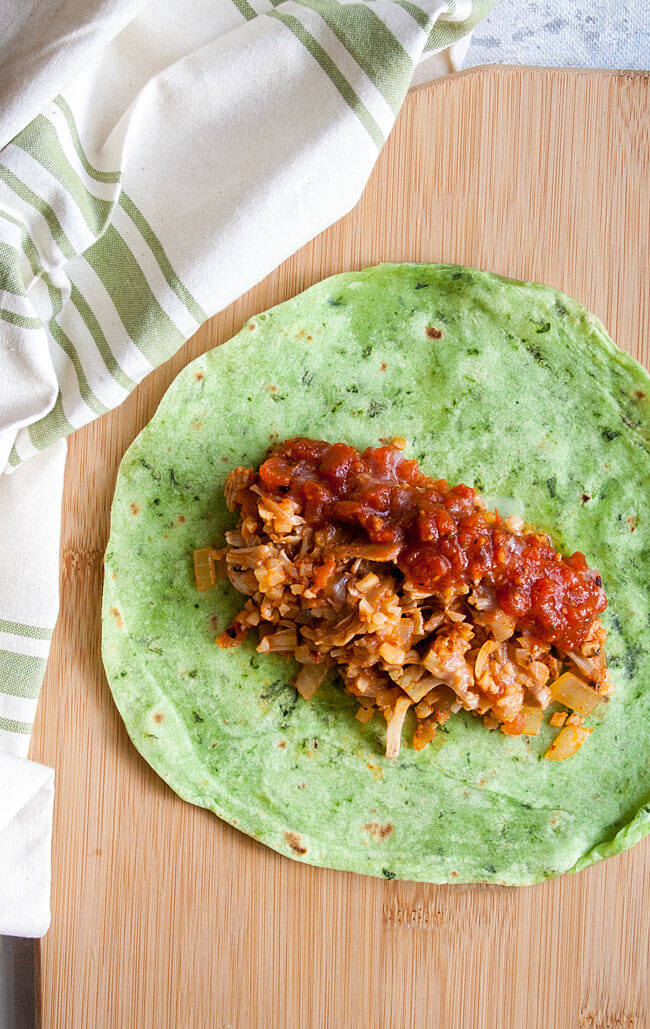 The great thing about jackfruit is it's similar to tofu in that it takes on the flavors that you add to it. It shreds nicely, which is why you see so many vegan BBQ jackfruit sandwiches.

Now that I've had the green jackfruit I think I'll be using it a lot more in my recipes.

I've included a recipe for Lime Crema, but you could use guacamole or vegan sour cream instead. I definitely think it needs some form of lime juice, whether that be in the form of lime crema, or lime juice added to guacamole, or just squirted on the burrito.

The lime adds brightness, and in the form of crema, it balances out the spice.

For my Lime Crema I added a small amount of maple syrup to balance out the tartness of the the cream. It also helps to give the burritos a little sweet and spicy moment. 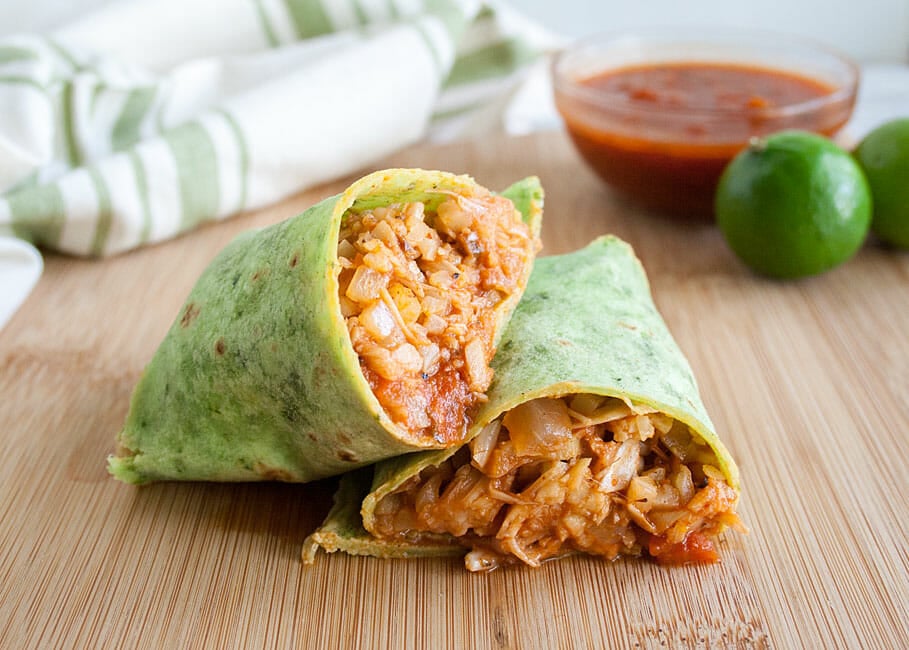 This healthy Jackfruit and Cauliflower Rice Burrito has a spicy crunchy filling. It is a quick and easy meal. Click To Tweet 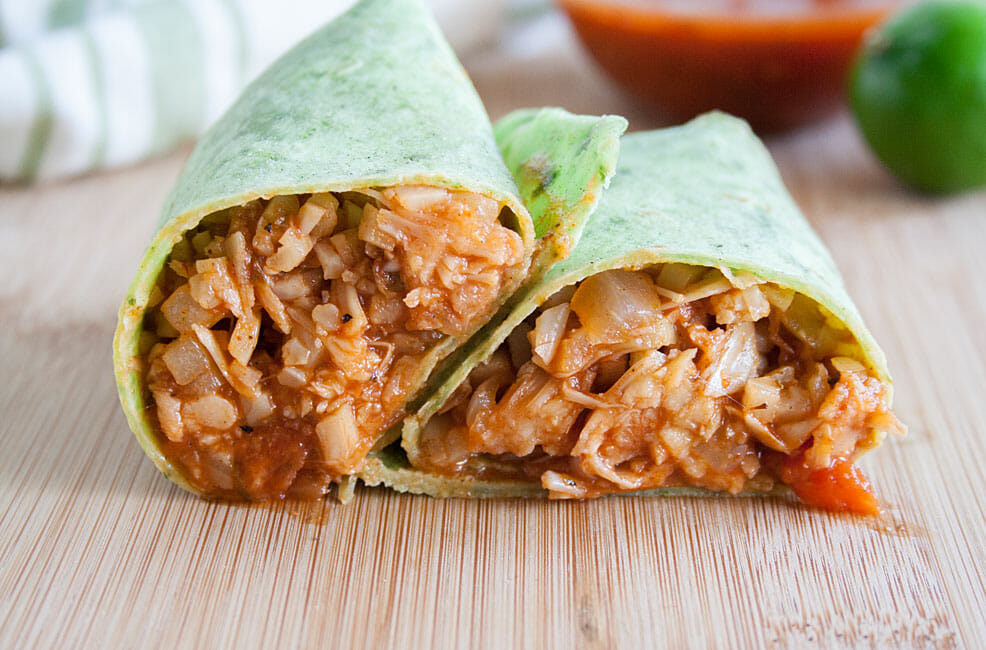 Here's the jackfruit I used for this recipe. 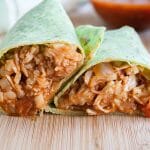 If you prefer, this burrito would also go well with homemade guacamole or vegan sour cream instead of Lime Crema. 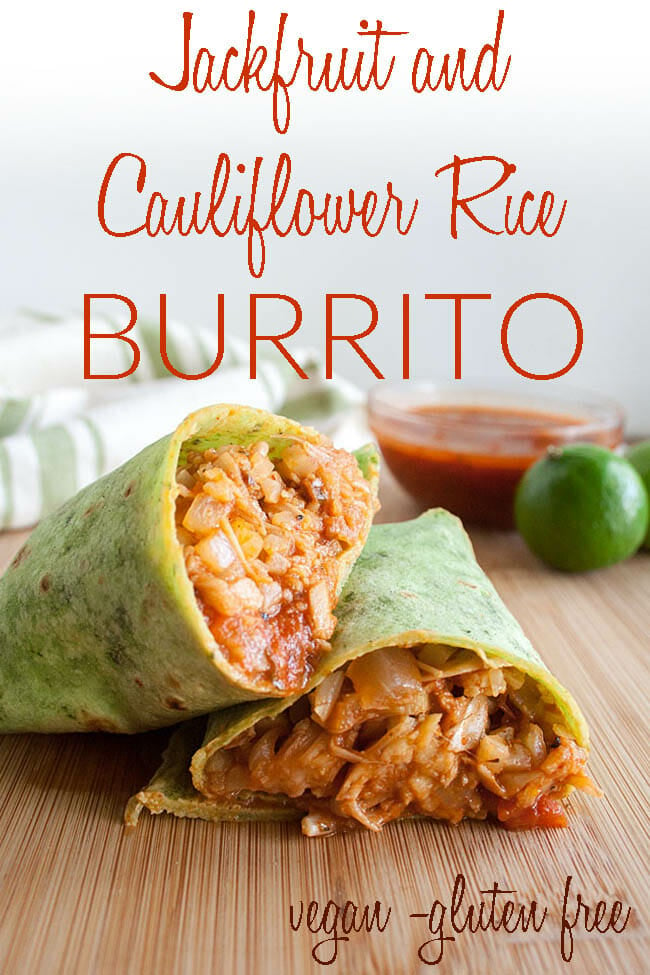