September 9, 2020 By Willow Moon
This post may contain affiliate links. As an Amazon Associate I earn from qualifying purchases.

This tasty Refried Bean Grilled Cheese is an easy meal. It's made with refried beans and taco spices. 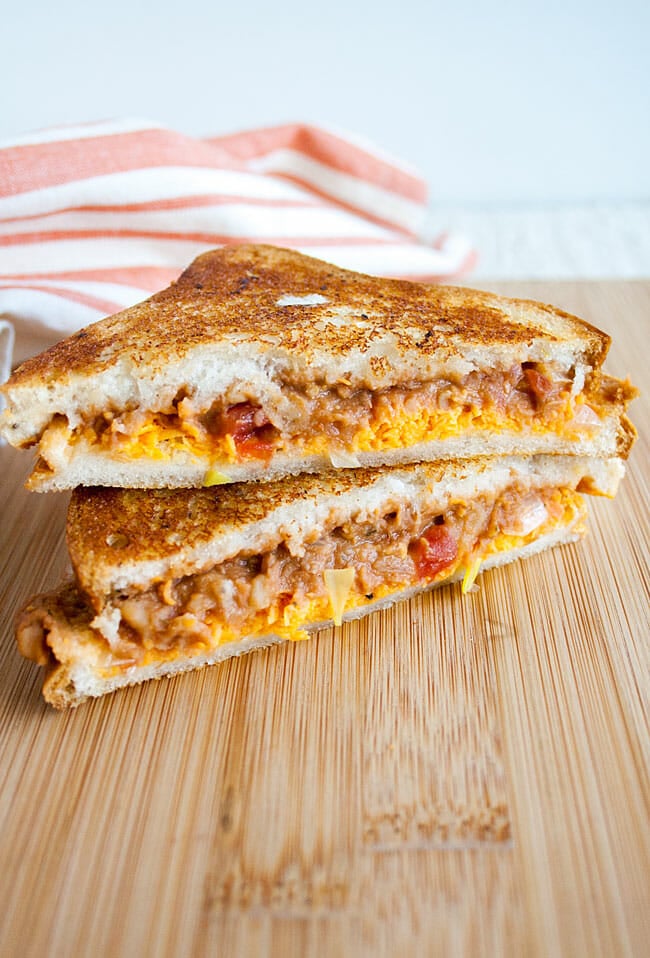 This Refried Bean Grilled Cheese has refried beans that have gotten an upgrade. I added onion, garlic, tomatoes, and taco spices.

This vegan grilled cheese is an easy meal. Dip it in salsa or enchilada sauce for more spice.

Use the refried beans in tacos, a burrito, or a vegan tortilla pizza to switch things up.

This Refried Bean Grilled Cheese is similar to a mollete, which is a Mexican open-faced sandwich with refried beans and cheese that is topped with jalapeño or serrano peppers.

This tasty Refried Bean Grilled Cheese is an easy meal. It's made with refried beans and taco spices. Click To Tweet

Normally I use brown rice bread. I've tried a couple of other vegan gluten free breads by the same company, but I like the brown rice the best.

Recently a reader told me about a Northern Bakehouse Millet Chia Bread. Talk about game changer!

This bread is soft and fluffy like white bread. It isn't dense at all like brown rice bread or other vegan gluten free breads that I've tried.

When I make a sandwich I like a good bread to filling ratio. With a bread like this I get the ratio I want, and it's squishable. 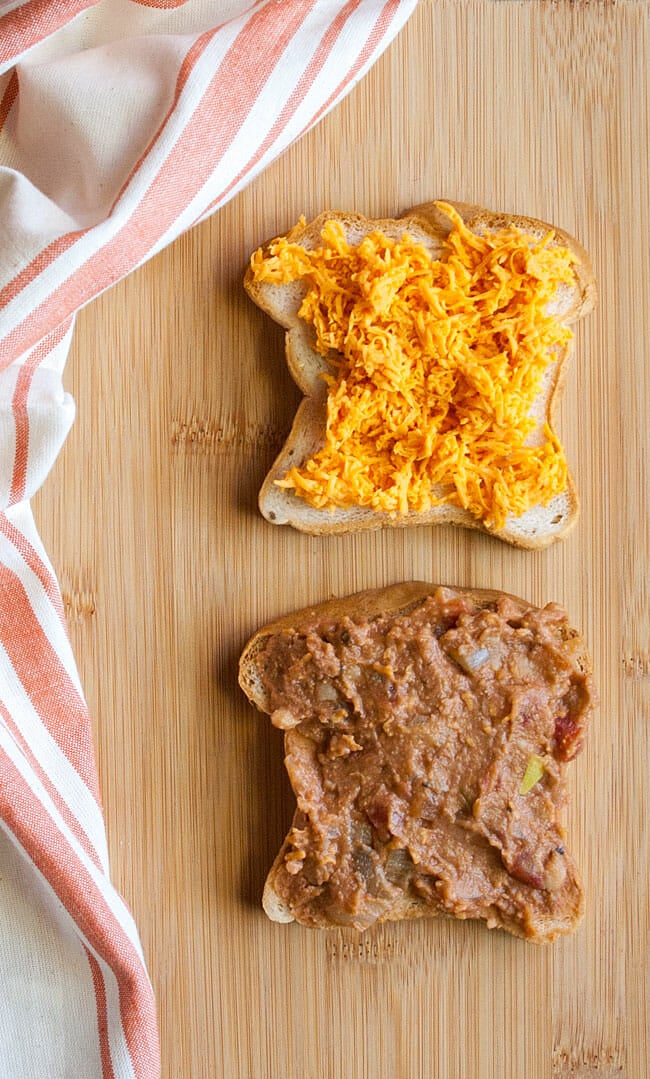 How Long Do Refried Beans Last in The Fridge?

They will last about 4 days. If you don't think you'll eat them up in that time, you can freeze them in a freezer bag for 1-2 months.

Thanks to a reader, the bread below is my new favorite bread. It is soft and fluffy like white bread. 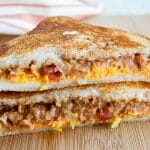 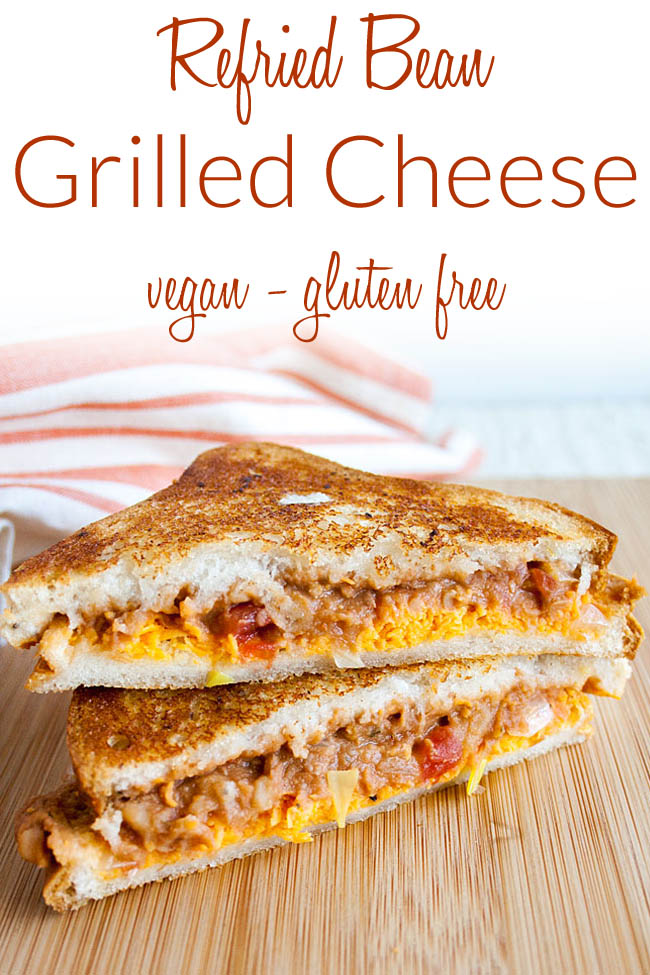