April 22, 2019 By Willow Moon
This post may contain affiliate links. As an Amazon Associate I earn from qualifying purchases.

These easy Refried Bean Tacos are a simple healthy meal. The refried beans are doctored up with spices for a flavorful filling. 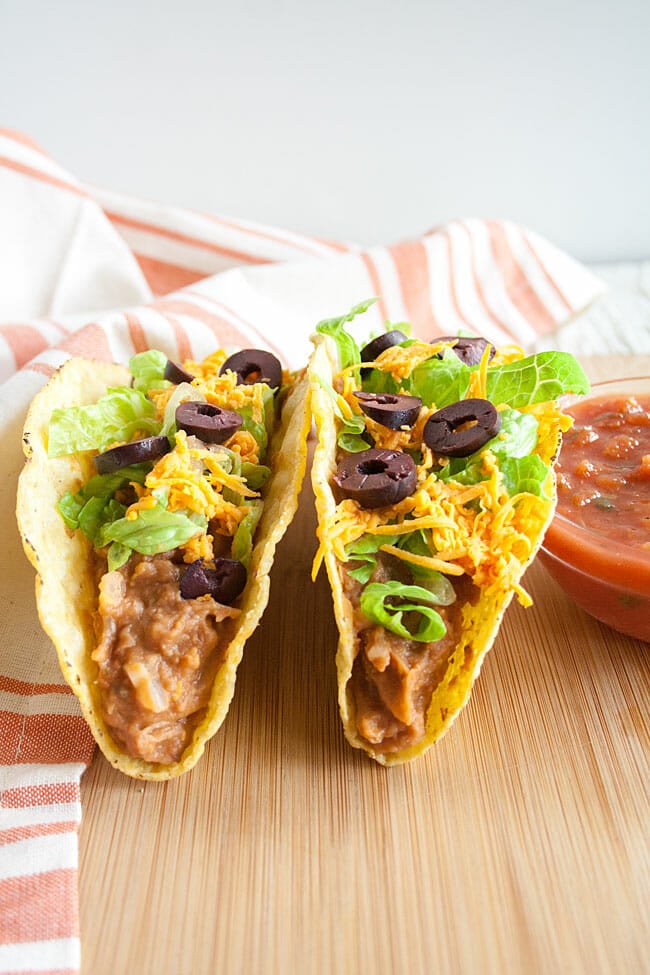 I don't know what's gotten into me, but I've been on a major taco making kick the last two weeks.

I guess part of the reason is not wanting the taco shells to go stale. That would not be good.

Of course for all of you, the recipes will be separated out over months.

These easy Refried Bean Tacos are a simple healthy meal. The refried beans are doctored up with spices for a flavorful filling. Click To Tweet 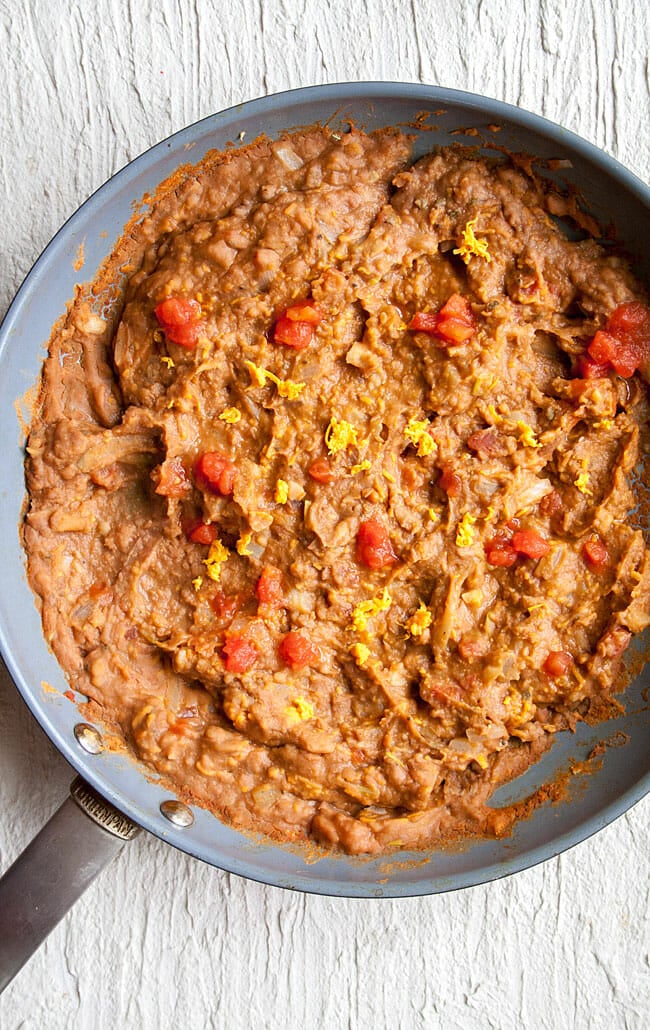 For these Refried Bean Tacos, I enhanced the refried beans with sautéed onions, diced tomatoes, and spices. No one can say these refried beans are lacking in flavor!

It's totally worth taking a few extra minutes to add the ingredients to the beans. They not only taste better, but they have a better consistency as well.

After making this recipe, you won't want refried beans from a can again. Add the mixture to vegan quesadillas, tostadas, or a Mexican pizza.

They also make a great side dish to Vegan Green Corn Tamales.

Make these vegan tacos however you desire. I ate mine with salsa, chopped Romaine lettuce, sliced Kalamata olives, and shredded vegan cheddar. 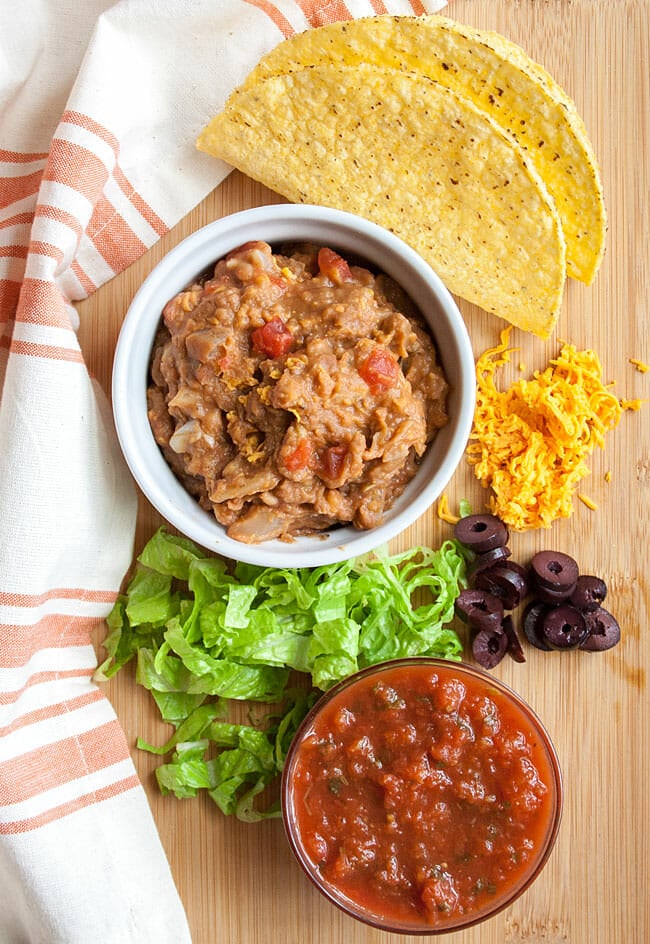 How Long Do Refried Beans Last in The Fridge?

They will last about 4 days. If you don't think you'll eat them up in that time, you can freeze them in a freezer bag for 1-2 months.

How To Make Refried Bean Tacos

Cook onion in olive oil until translucent. Then, you add garlic and cook 30 seconds longer.

Next come canned diced tomatoes, spices, and vegan cheddar. Cook until heated through. 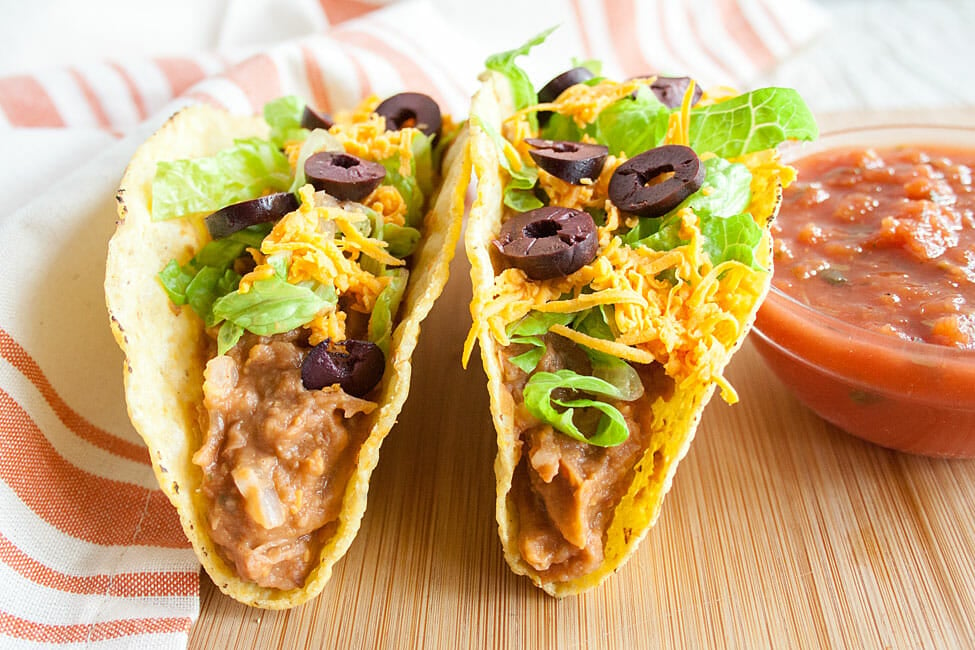 These Refried Bean Tacos are an easy meal for taco night! 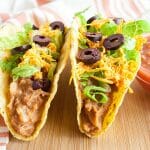 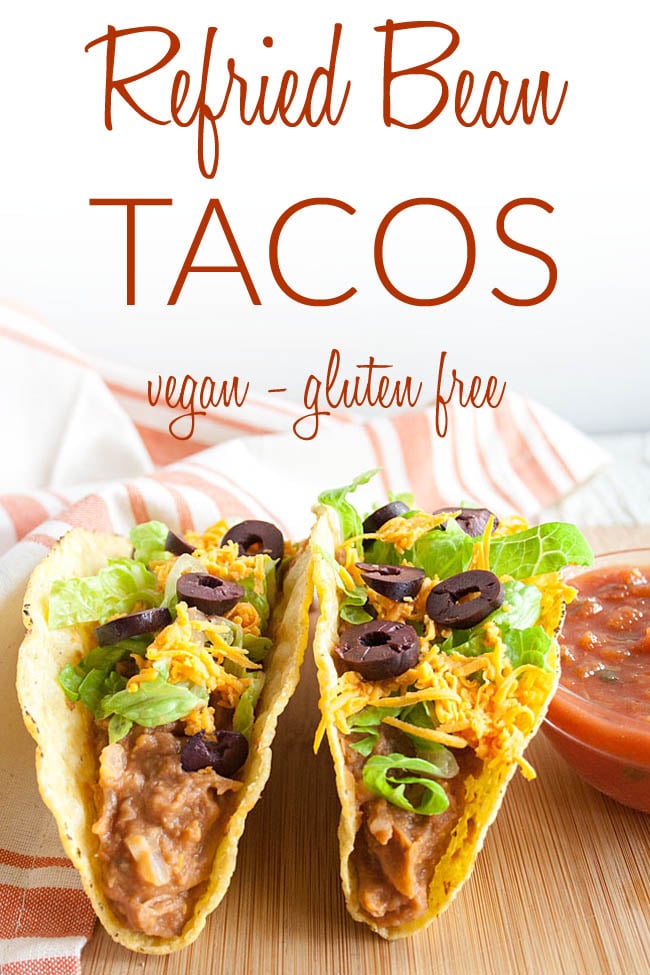