April 12, 2017 By Willow Moon
This post may contain affiliate links. As an Amazon Associate I earn from qualifying purchases. 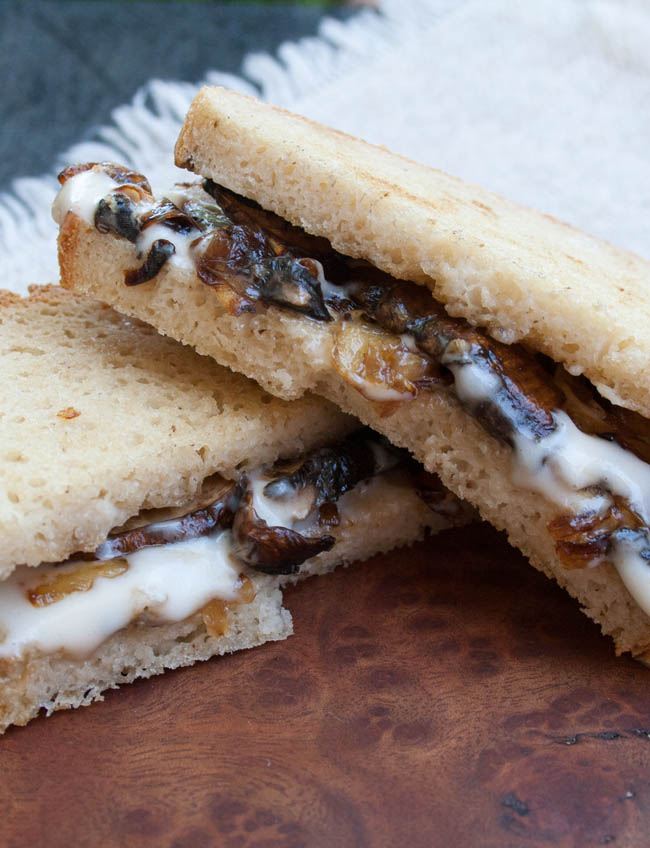 Caramelized onions are one of those ingredients that elevates any dish you add them to. Pairing them with hearty baby portobellos and rich vegan Swiss cheese is the perfect combination of flavors.

This rich, sweet, and savory Vegan Caramelized Onion and Mushroom Grilled Cheese feels really indulgent. You may want to pair this with a glass of red wine. 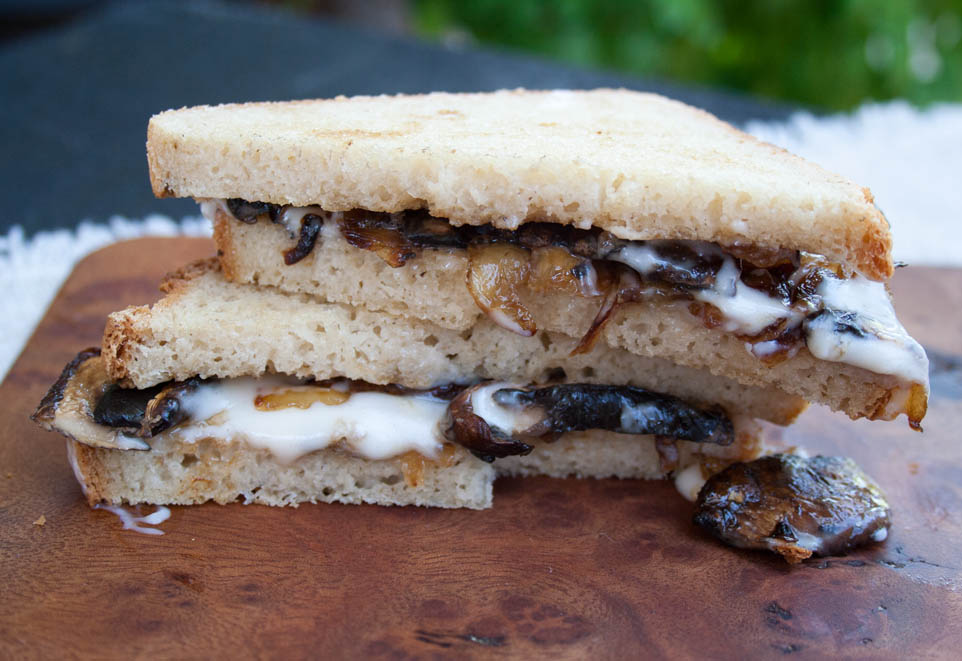 Normally I like to use vegan cheddar or vegan cream cheese for a grilled cheese sandwich. Sometimes I'll use vegan Mozzarella or vegan jalapeño Havarti.

Using vegan Swiss cheese is a first for me. I was inspired to make this after making a Vegan Reuben and a Vegan Monte Cristo. They both needed Swiss to complete the recipe.

I've found that using the same ingredients several times in different recipes throughout the week is an extremely efficient way to work. It's great for using up ingredients where you want to change it up each time you make a meal. 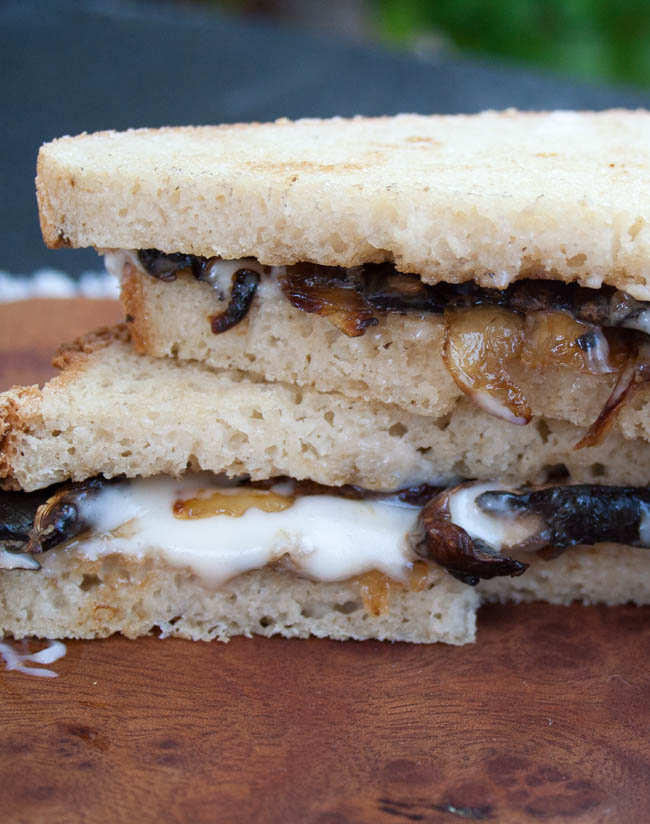 Oh Bread, How I Miss Thee

I actually made this sandwich ages ago. I haven't had bread since September, which feels like forever. This low carb thing can be hard, especially with this gorgeous comfort food staring at me through the computer screen.

Even though I haven't had bread, I have snuck in a few tortilla chips here and there. It's a good thing I can stop at a few!

I have also had a small bowl of granola for breakfast, like a fourth of a cup small. I add a bunch of nuts to make it more filling.

Then, just this week I found a tube of polenta that was about to expire, so they became fries. I also tried black bean pasta this week that had been in my pantry for awhile. Are you starting to see a theme here? Yep, I am trying to clean out my pantry.

It was the first time that I had black bean pasta, and it certainly won't be the last. Since I love black beans, I knew I would like it. Sure enough it tastes just like black beans!

Now it's your turn to make this rich treat! I included enough ingredients for two sandwiches because once you have had one, you will want another!

If you decide to have one the next day, it will go much faster since your onions and mushrooms will be ready to go. 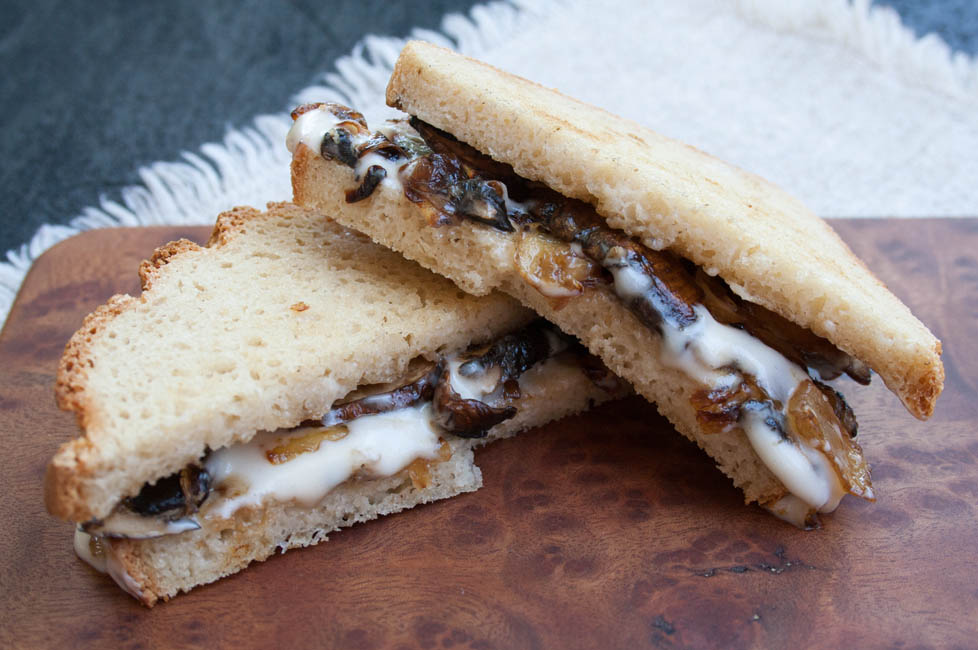 This vegan grilled cheese is an indulgent meal. 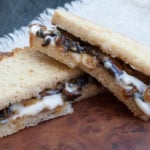 You could also assemble sandwiches and cook them in a pan on medium high heat on both sides until the bread is golden brown. I prefer broiling the vegan cheese first, and then making the sandwiches because that way it is a little less messy.