June 25, 2016 By Willow Moon
This post may contain affiliate links. As an Amazon Associate I earn from qualifying purchases. 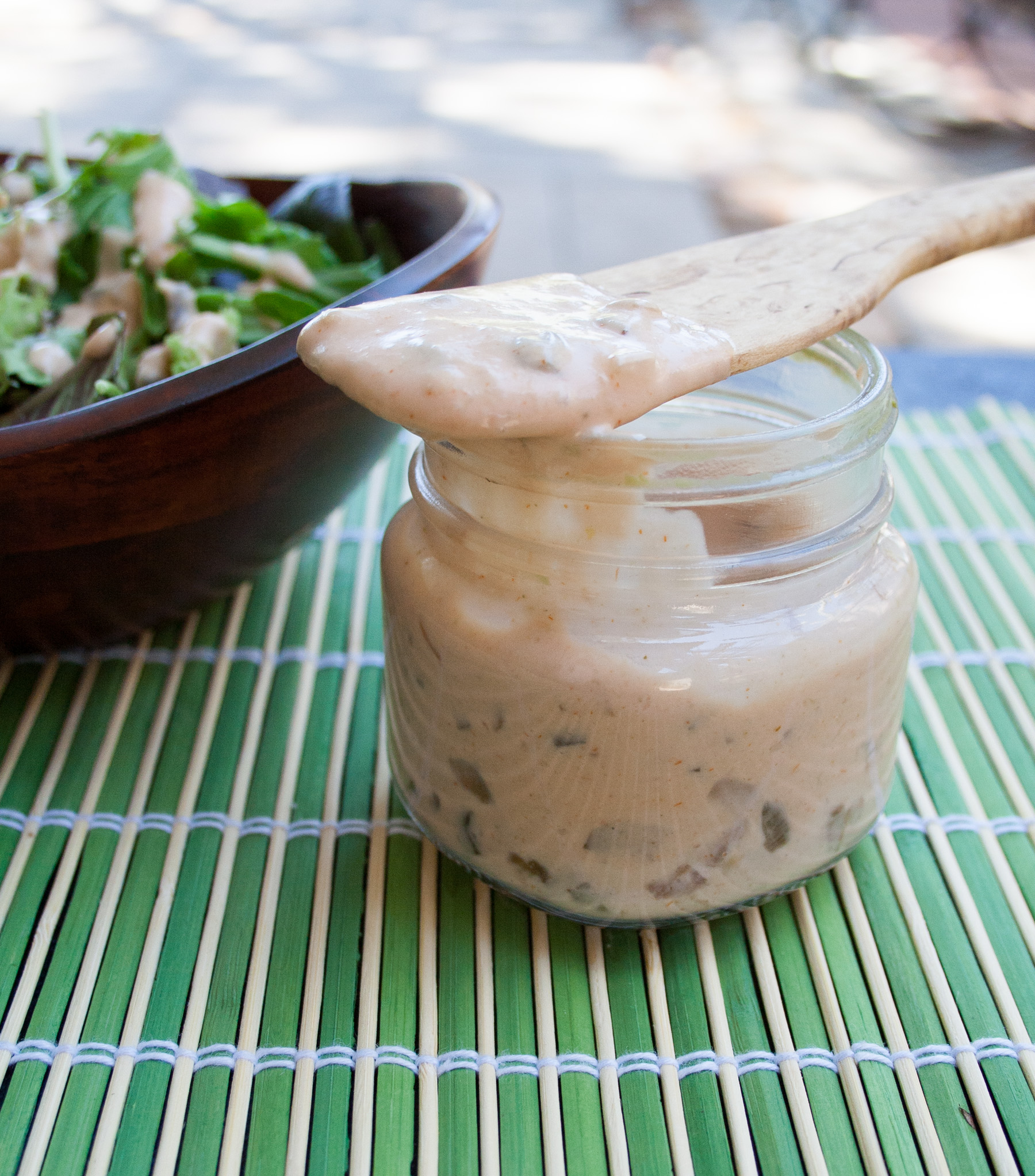 I made this Vegan Thousand Island Dressing because a craving came upon me out of nowhere. I don't know how long it had been since I had thousand island dressing, but I knew it was time to have it again.

Making your own dressings are so easy that I don't know why more people don't do it. Actually, I remember when I didn't have as much time to cook.

There was no way I was going to go out of my way to make a dressing. 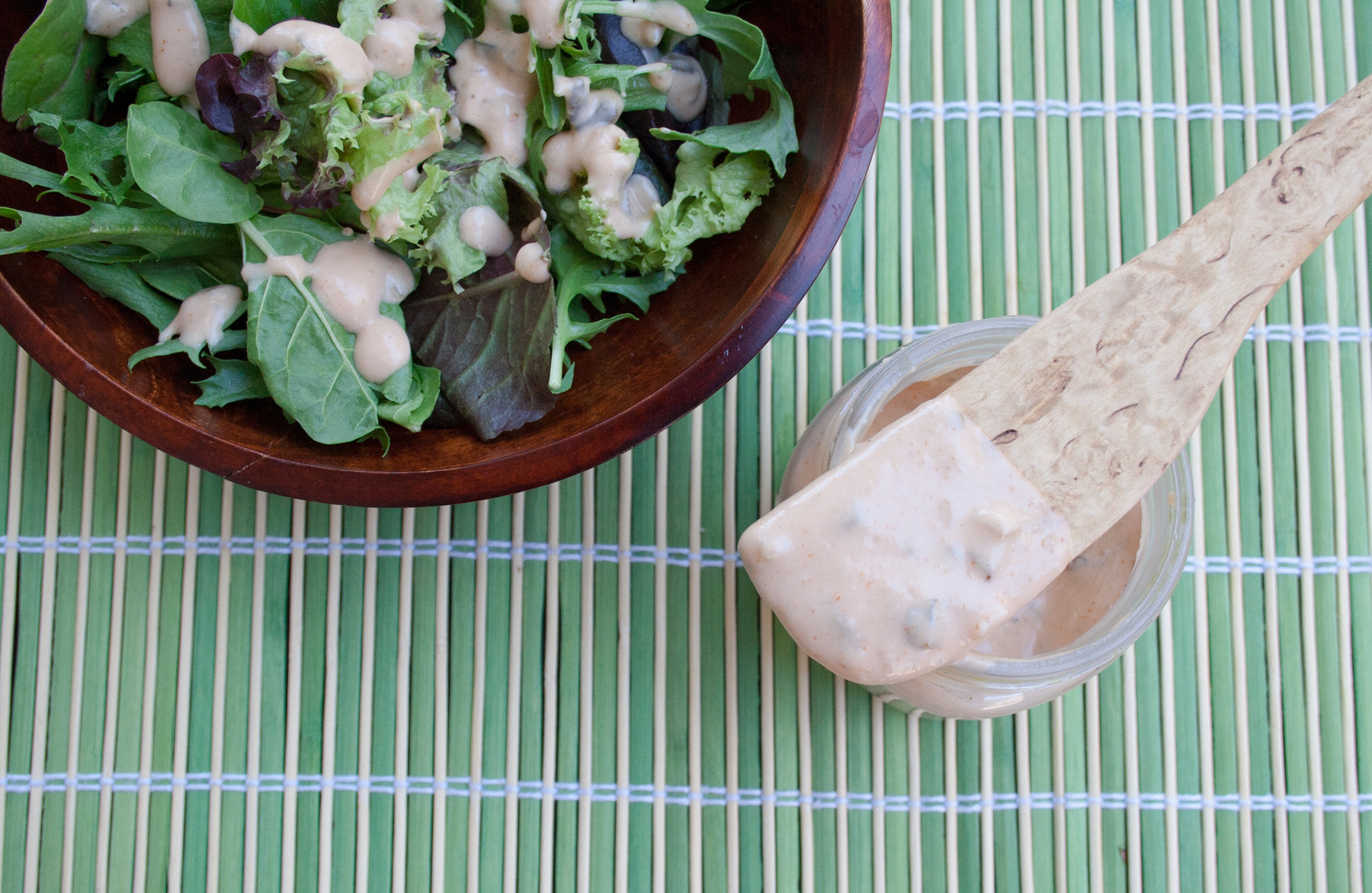 This vegan salad dressing really only takes a couple of minutes to make - I promise! You can control the amount of spice and how thick it is.

I made mine a little spicy and a bit thick - as you can see from the photos. If you don't like spicy foods, I would definitely taste as you go (which I recommend whenever you are cooking).

I made this recipe using only vegan mayo, then later I made it with a combination of vegan mayo and vegan yogurt. I liked it both ways. 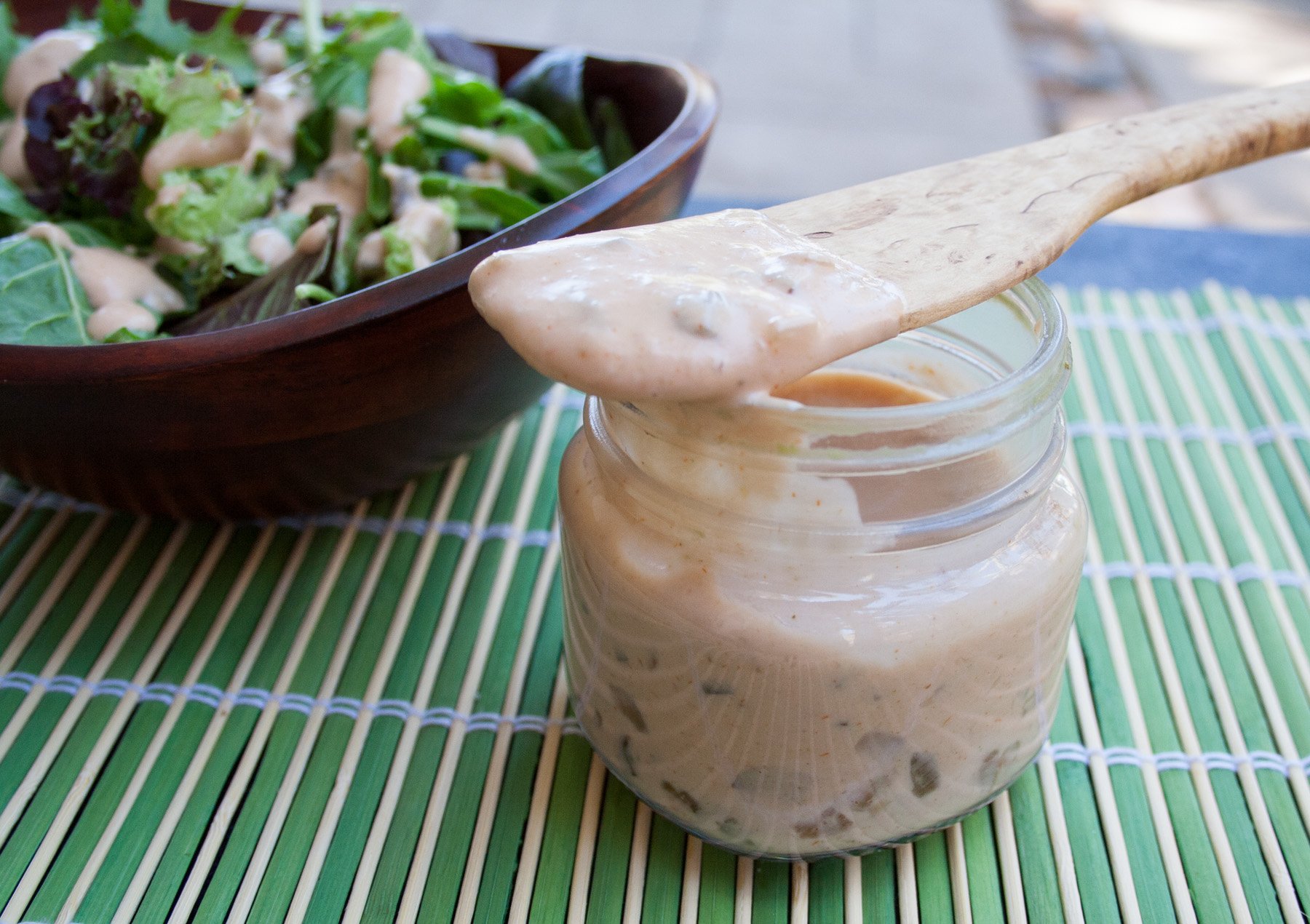 This vegan dressing isn't just for salads. Slather it on a Vegan Reuben Sandwich as well. 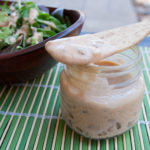