October 20, 2018 By Willow Moon
This post may contain affiliate links. As an Amazon Associate I earn from qualifying purchases.

This decadent Creamy Vegan Pumpkin Cheesecake is sweet and rich. Your holiday menu needs this one on it! 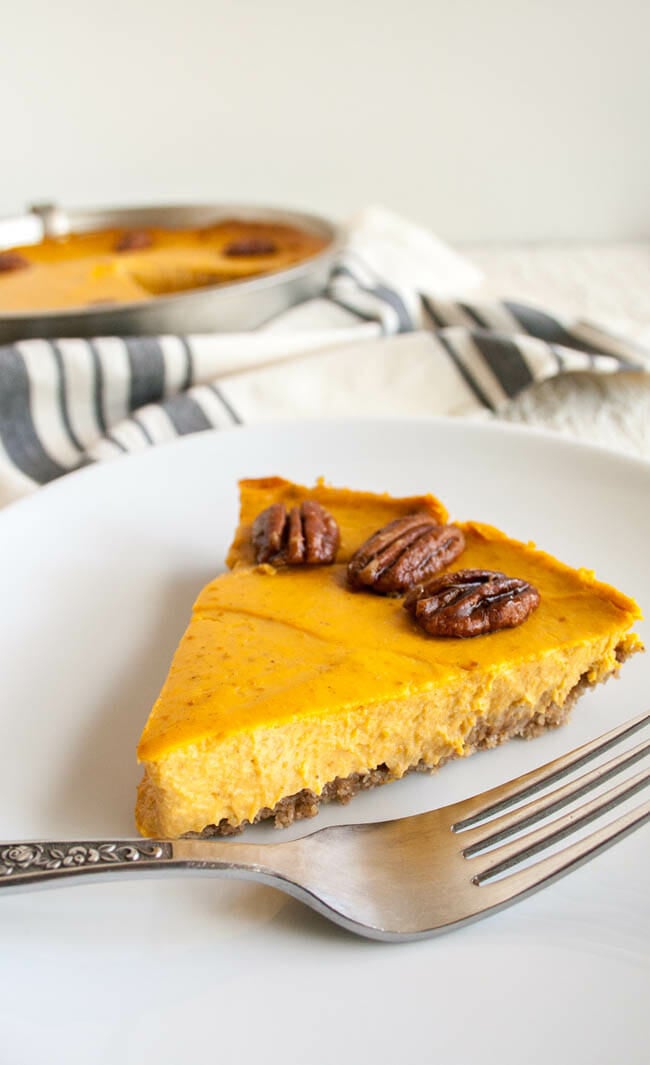 Why settle for pumpkin pie on Thanksgiving, when you can have Vegan Pumpkin Cheesecake!

This vegan cheesecake is quite delectable. You're going to want to make this into a yearly tradition. 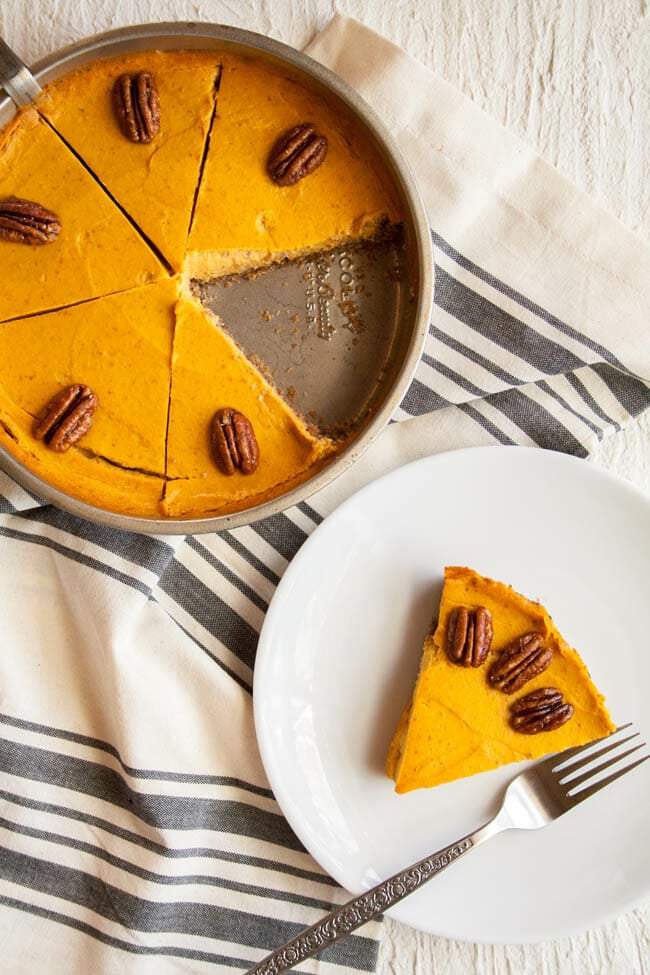 I will admit that I am not much of a dessert person, and I have never cared for apple or pumpkin pie, but this Creamy Vegan Pumpkin Cheesecake is truly addictive.

I did make a Vegan Apple Crisp before this recipe. To me, it tastes more like baked apples with granola than apple pie, which I love. 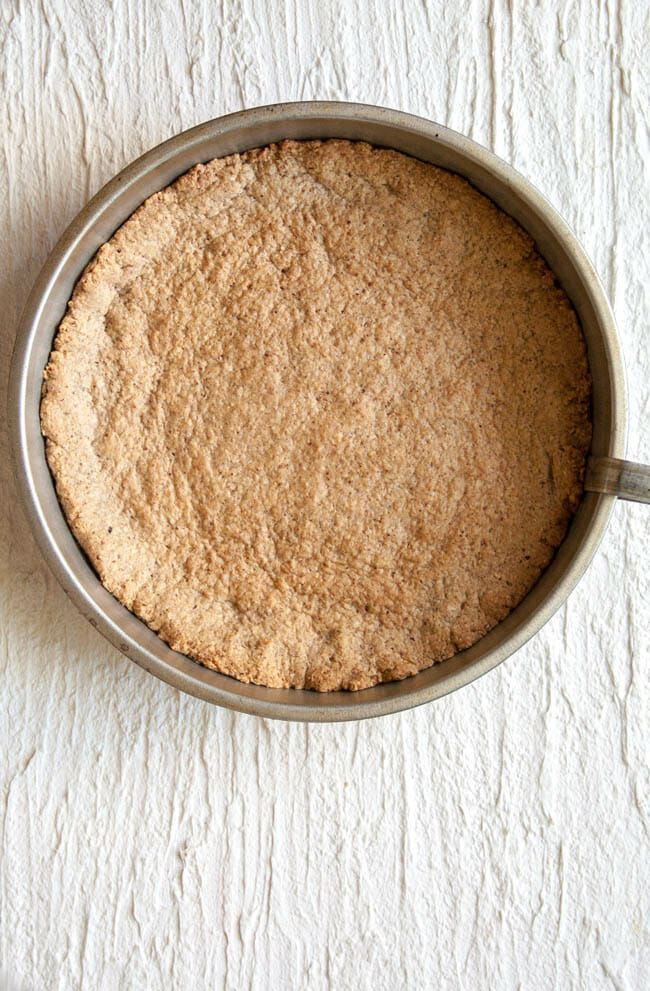 My first attempt at this recipe wasn't good enough for me. I made it with half vegan cream cheese, half silken tofu.

Changing the recipe made it worth eating pumpkin cheesecake for a couple of weeks straight. The first attempt was twice the batch, so I ate a lot of cheesecake!

The end result is a mouthwatering slice of heaven.

This decadent Creamy Vegan Pumpkin Cheesecake is sweet and rich. Your holiday menu needs this one on it! Click To Tweet 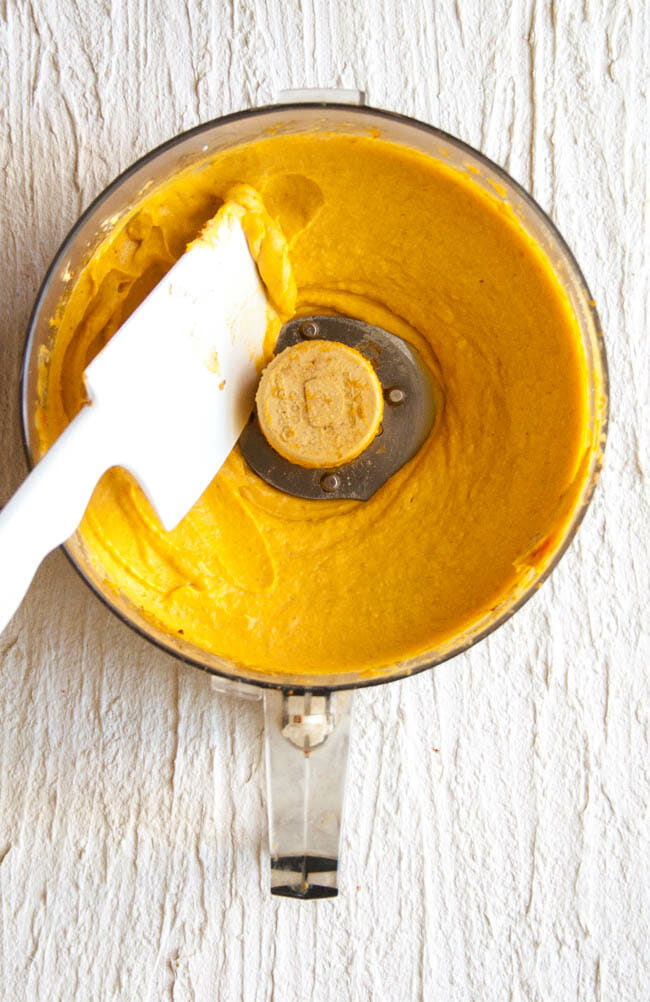 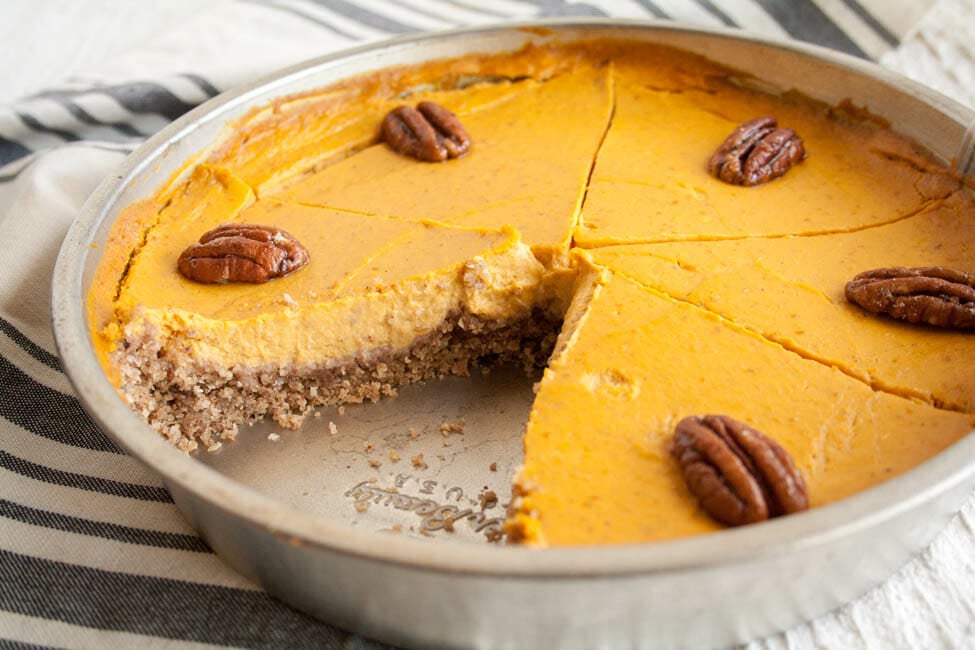 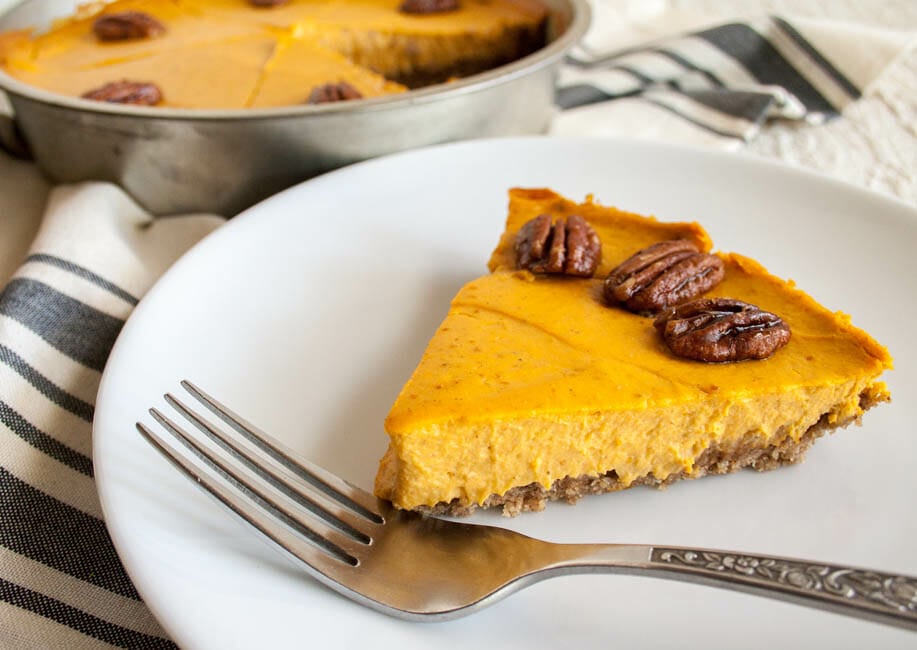 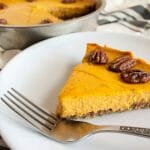 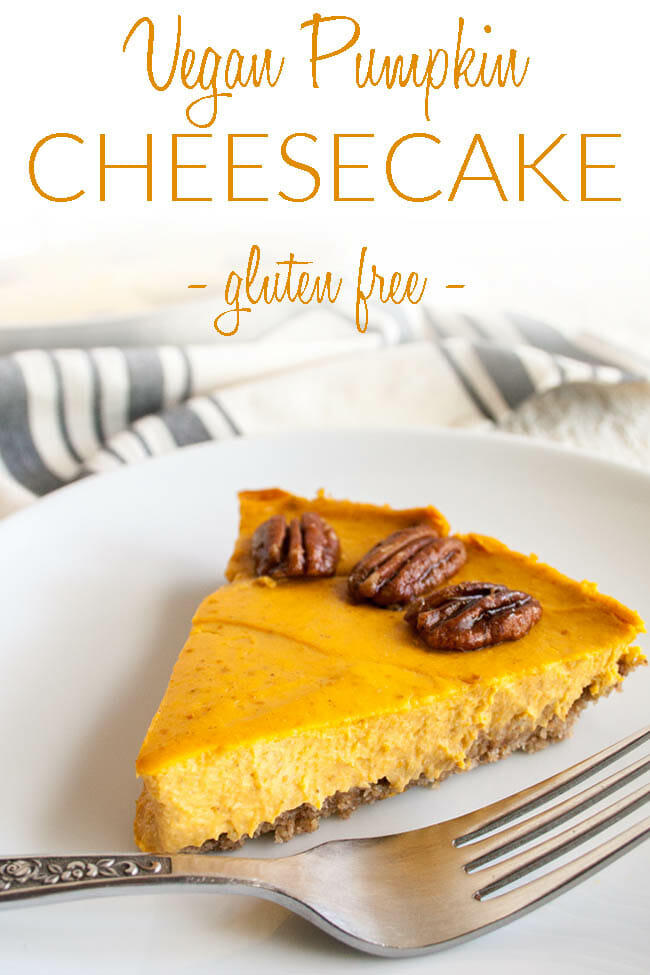 I have been vegan for 20 years and
gluten free for 8 years. Here you will
find healthy gluten free vegan recipes
and ways to heal, thrive, and
consciously create.