Published: Oct 23, 2021 by Willow Moon · This post may contain affiliate links. · As an Amazon Associate I earn from qualifying purchases.

This classic Vegan Stuffing is sure to become a favorite. It's made with sour dough bread, mushrooms, fresh sage and thyme. 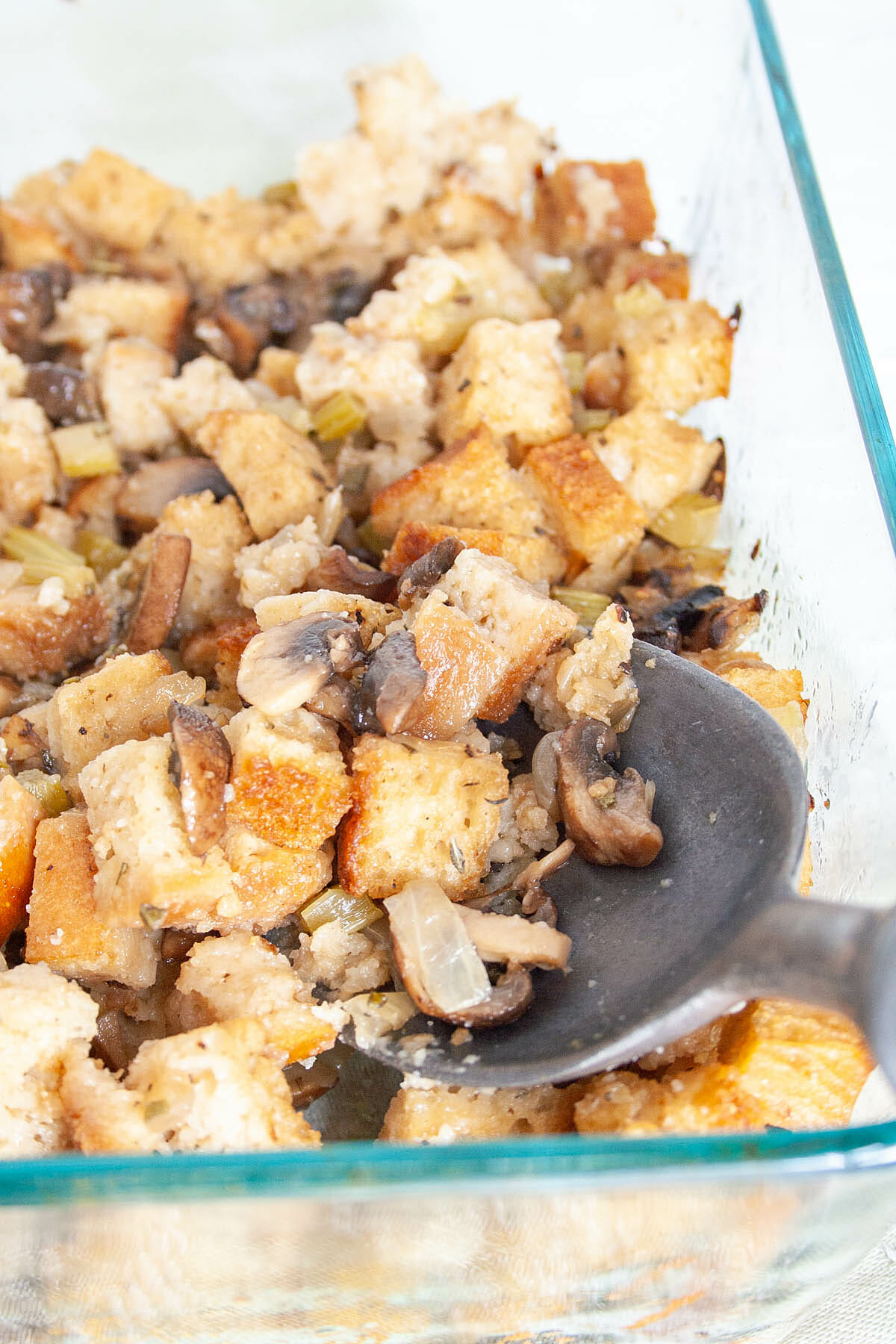 This Vegan Stuffing has all the traditional flavors you'd expect in a stuffing: sour dough bread, mushrooms, celery, sage and thyme. It serves about 5 people, but you could easily double the recipe.

If you don't have a group of people to feed on Thanksgiving, this recipe is for you. Even if you are only feeding two people, you'll only have leftovers for a day or two.

If you need to feed more people, you can double the recipe and use two baking dishes or an extra large baking dish.

Is It Vegan Friendly?

Many stuffing recipes have eggs, but this one does not. It is 100% vegan.

Eggs aren't necessary in stuffing. The vegetable broth helps keep everything together and once you bake it, it sticks together in areas.

Are Stuffing and Dressing The Same Thing?

Technically stuffing is defined as an edible mixture that is stuffed into another food and cooked in it, whereas dressing is cooked in a separate dish.

Whether you cook it in another food or not, it depends on where you live as to what you call it.

I chose to call this recipe stuffing because that's what it's called where I live. (And even though this is a vegan recipe, it could be used to stuff a winter squash.) 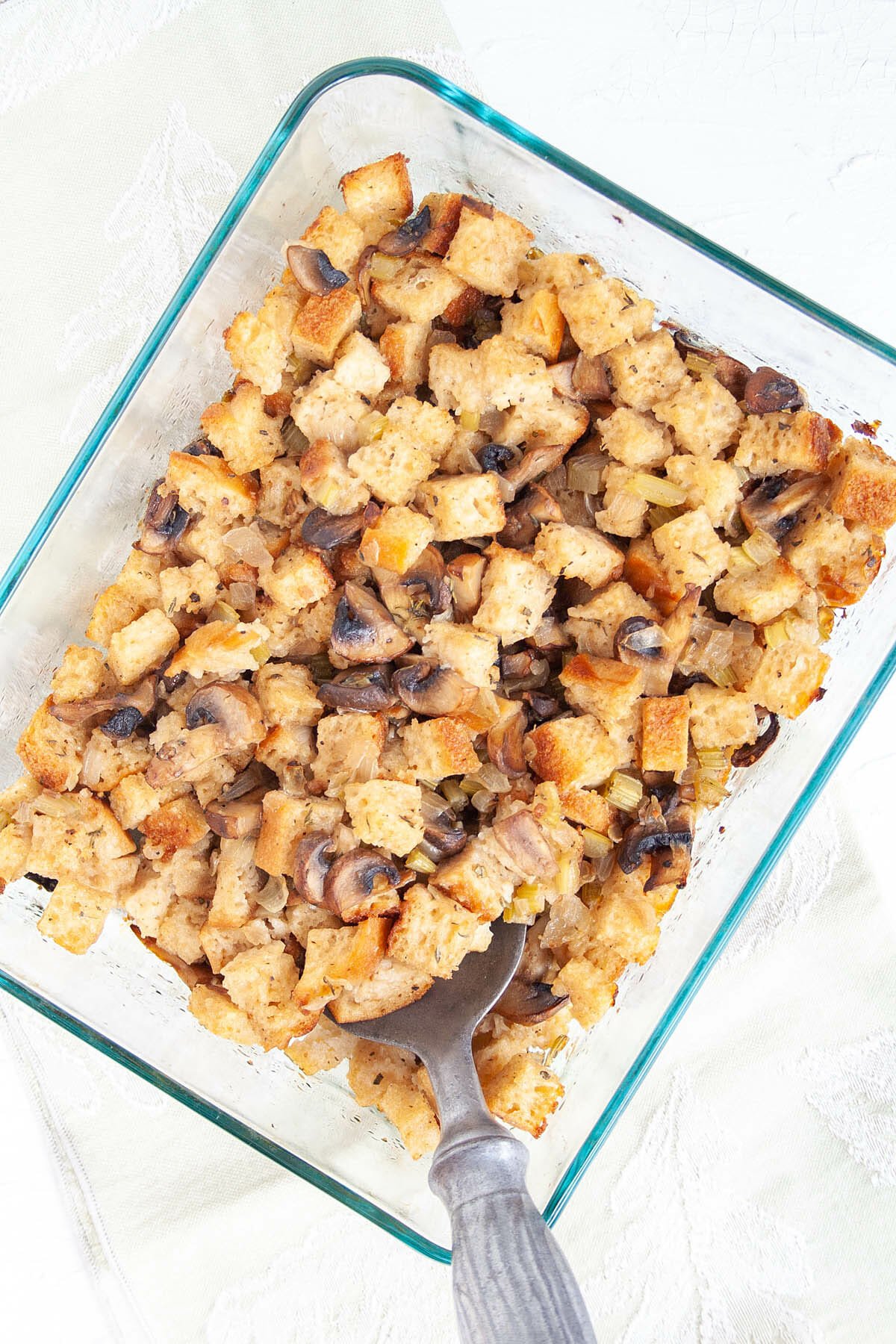 What Bread Should I use?

I used a vegan gluten free sour dough for this recipe, but you could use whatever your favorite is. As long as it tastes good by itself, it should taste good in this recipe.

Can It Be Made Ahead of Time?

You can make this a day or two ahead of time if needed. Just follow all the steps in the recipe, but don't bake it.

Cover it and place it in the fridge. Then on Thanksgiving bake it as per instructions.

It also tastes great reheated in the microwave. 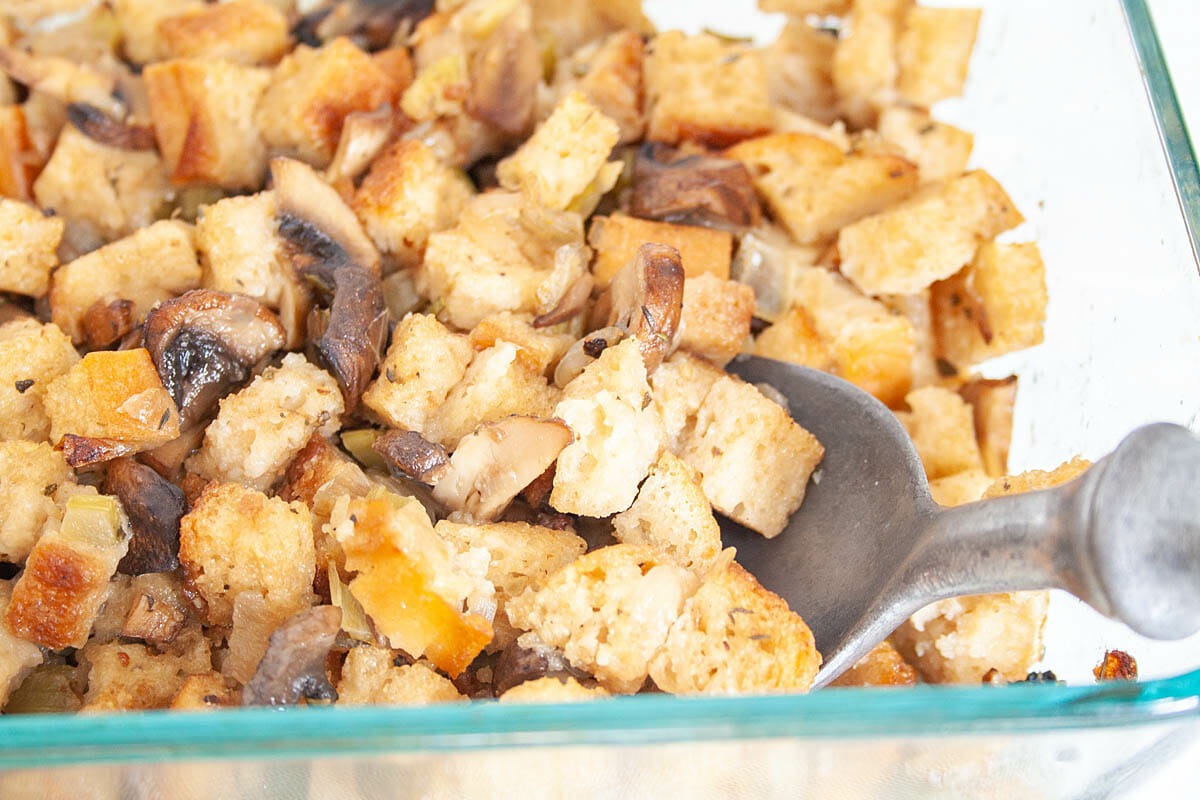 This small batch stuffing recipe is the perfect amount for 3-5 people. 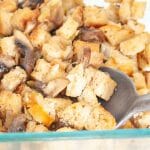 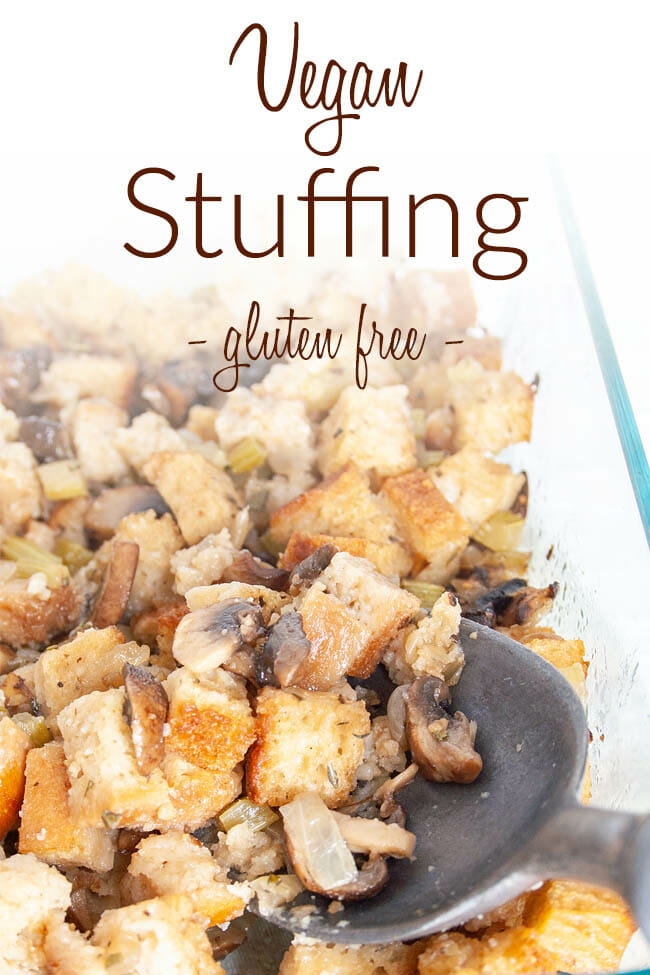 I've been vegan for 23 years and
gluten free for 11 years. I share easy and delicious vegan gluten free recipes the whole family will love!