October 13, 2018 By Willow Moon
This post may contain affiliate links. As an Amazon Associate I earn from qualifying purchases.

This Vegan Caramelized Onion and Mushroom Gravy is sweet, rich, and savory. You're going to want this on your holiday menu! 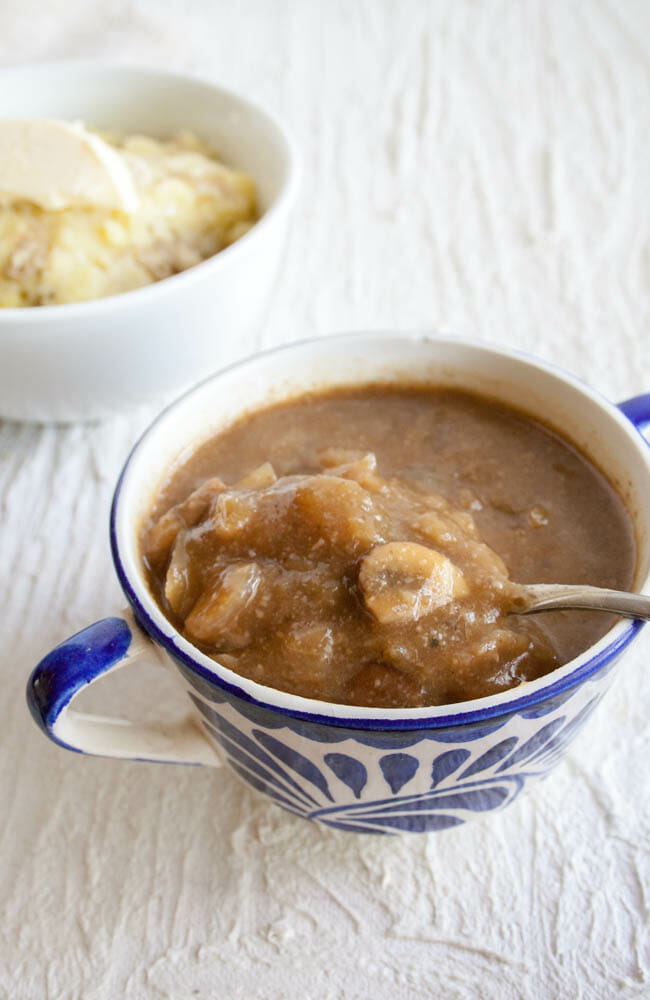 Next to vegan mashed potatoes for Thanksgiving, vegan gravy is probably my second favorite item on the menu. This Vegan Caramelized Onion and Mushroom Gravy is no exception.

It is sweet and savory with a touch of umami flavor. 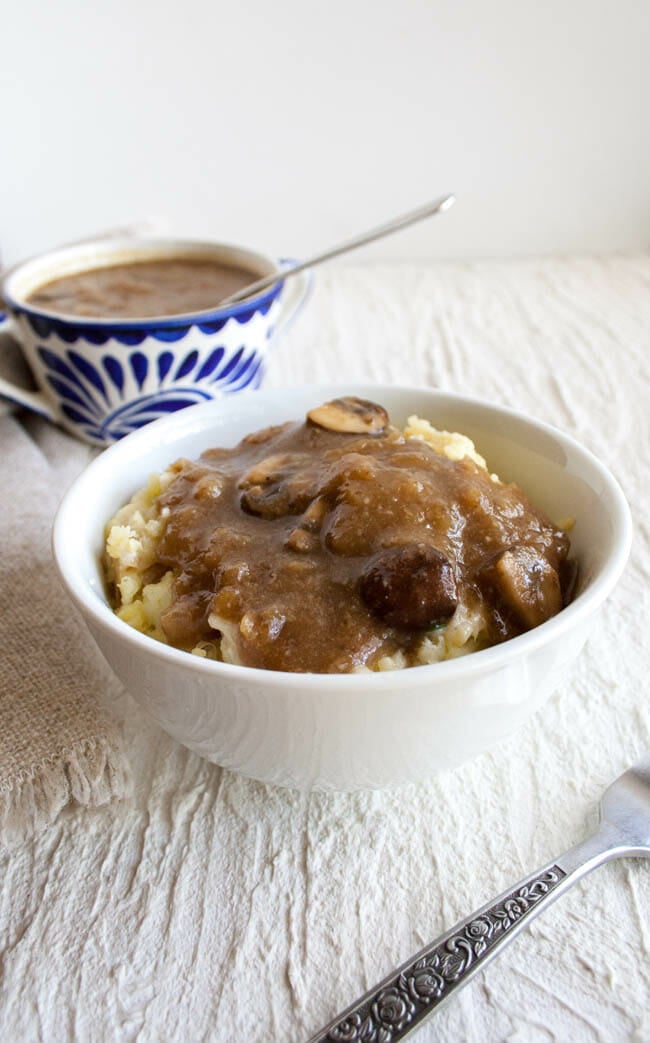 I mixed half the onions and mushrooms in the food processor after cooking them to make a thicker gravy and so that there's less mushrooms and onions to bite into.

This Vegan Caramelized Onion and Mushroom Gravy tastes great on my Vegan Mashed Potatoes with Roasted Garlic. Another way that I ate it was as a dip for toast.

Drizzle it over a veggie burger or eat it with French fries. Vegan gravy is not just for mashed potatoes you know! 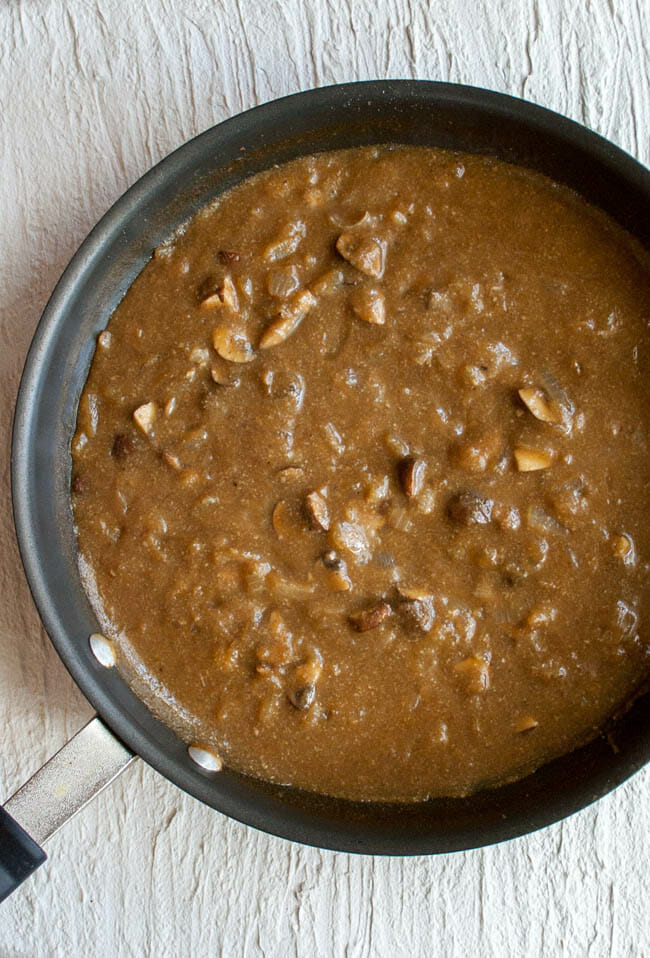 This Vegan Caramelized Onion and Mushroom Gravy is sweet, rich, and savory. You're going to want this on your holiday menu! Click To Tweet 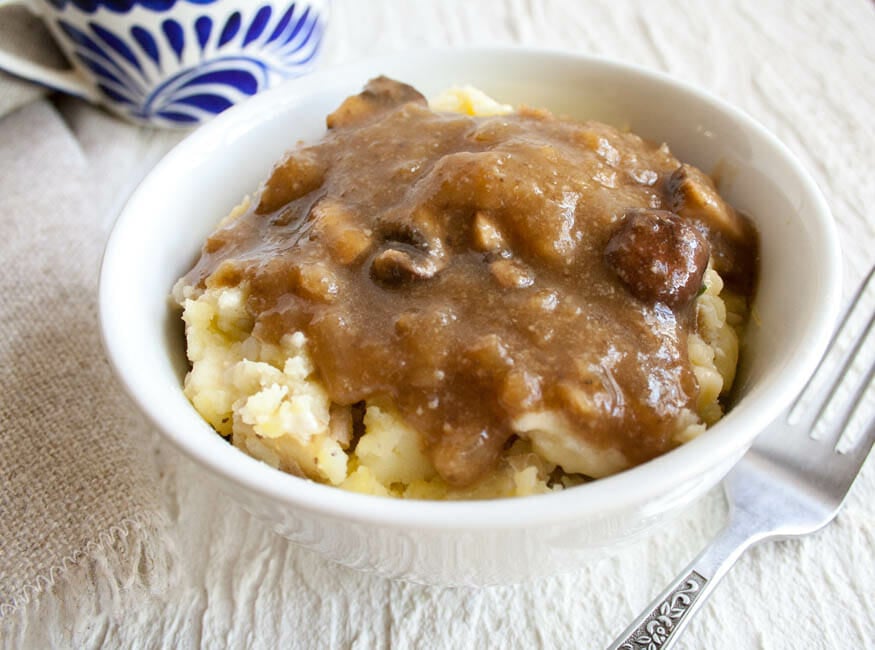 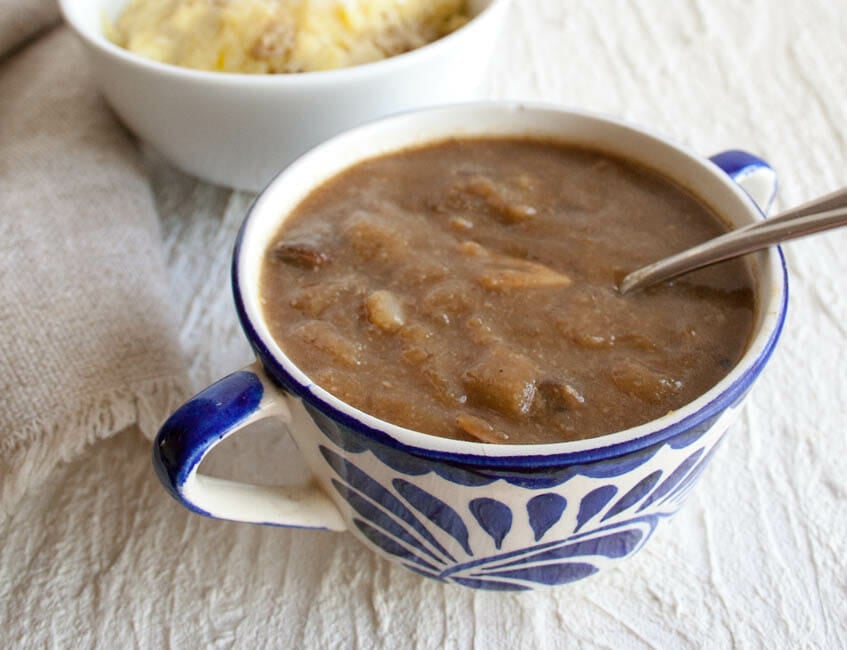 This vegan gravy will elevate your vegan mashed potatoes to the next level! 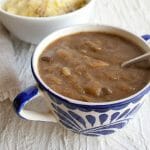