February 27, 2019 By Willow Moon
This post may contain affiliate links. As an Amazon Associate I earn from qualifying purchases.

This easy Healthy Homemade Orange Julius tastes like the original but is much healthier. Made with fresh orange juice. 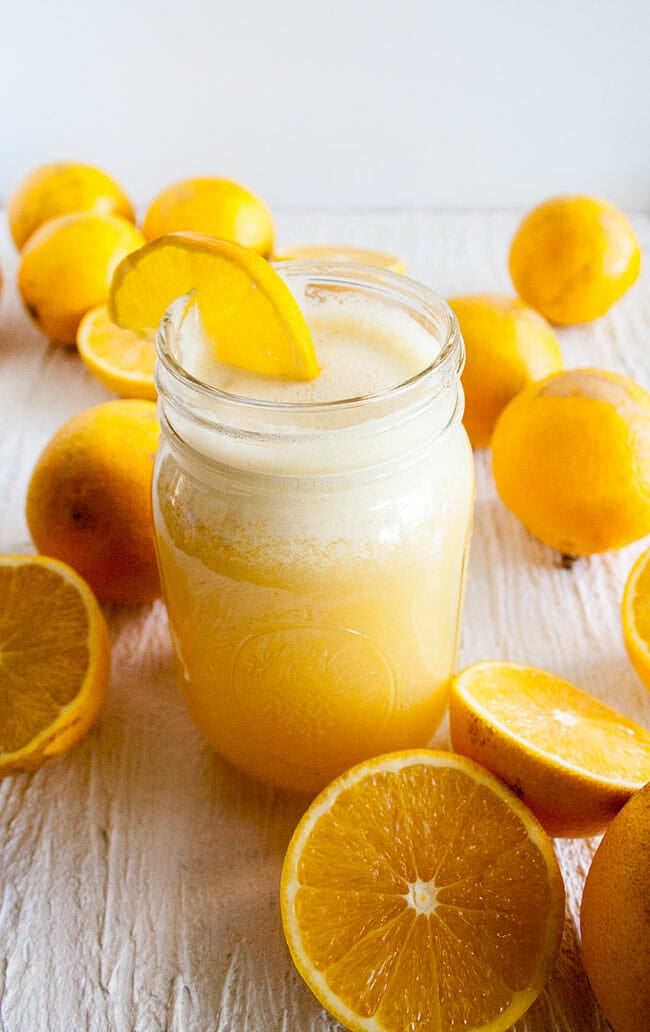 This Healthy Homemade Orange Julius tastes like the original, but you can feel good about drinking it.

Have you seen the ingredients in an Orange Julius? There's a couple of ingredients that I can't pronounce and a few that I don't recognize.

To me, that's a sure sign of a not-so-healthy food. The original isn't vegan since it has whey and egg white solids.

I haven't had an Orange Julius in over 30 years, so I don't remember exactly what it tastes like. I am going totally off of memory, and I had another person taste test this.

Not only is my version healthier, it tastes really good. It tastes kind of like a Creamsicle, but in juice form. Orange and vanilla are a match made in heaven, and that's what this is.

I was inspired to make this homemade Orange Julius from a raw version that I made years ago. Even though that version also tastes like an Orange Julius, it is made with a juicer, which not everyone owns. I decided one made with a blender would be more accessible. 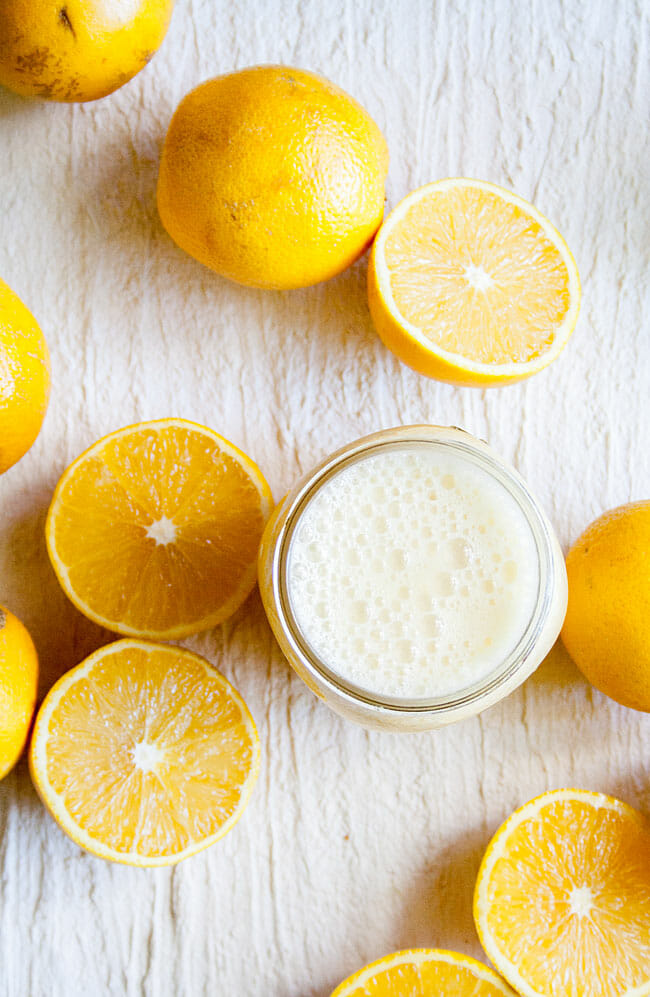 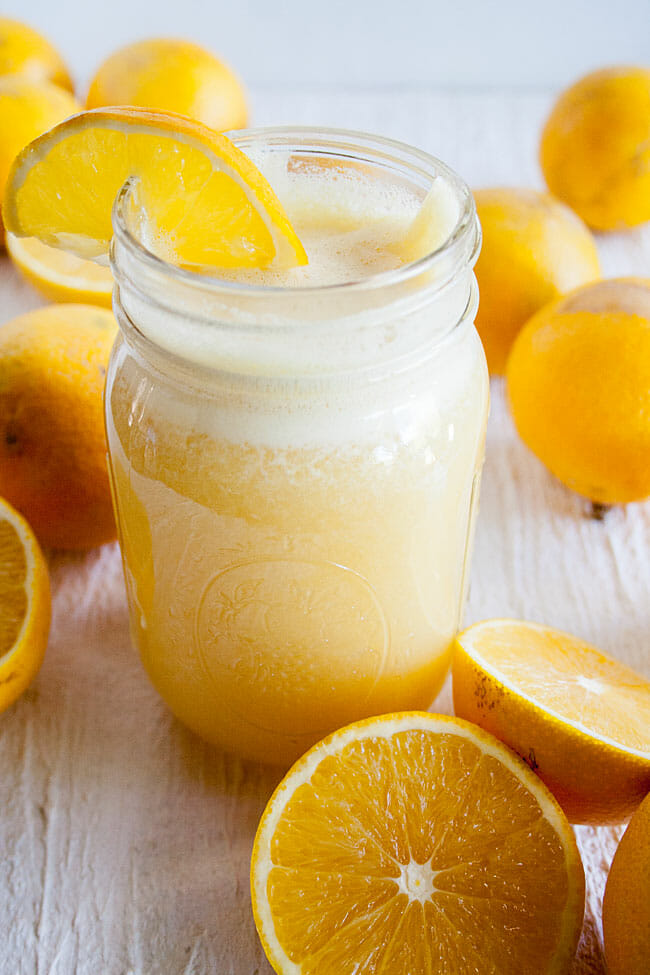 How to Make an Orange Julius 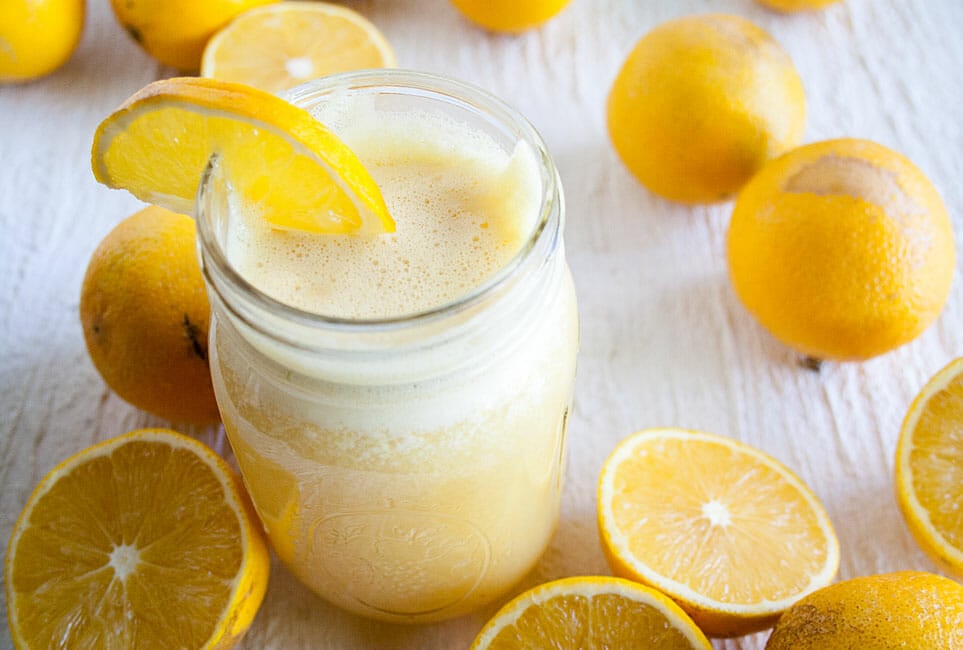 This homemade Orange Julius comes together in minutes. It is a great way to start your morning!

My Nutribullet is the one gadget I use pretty much every single day. I use it for my morning smoothie.

It's also great for making dressings. It's less cleanup than a food processor or blender. 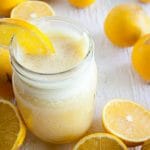 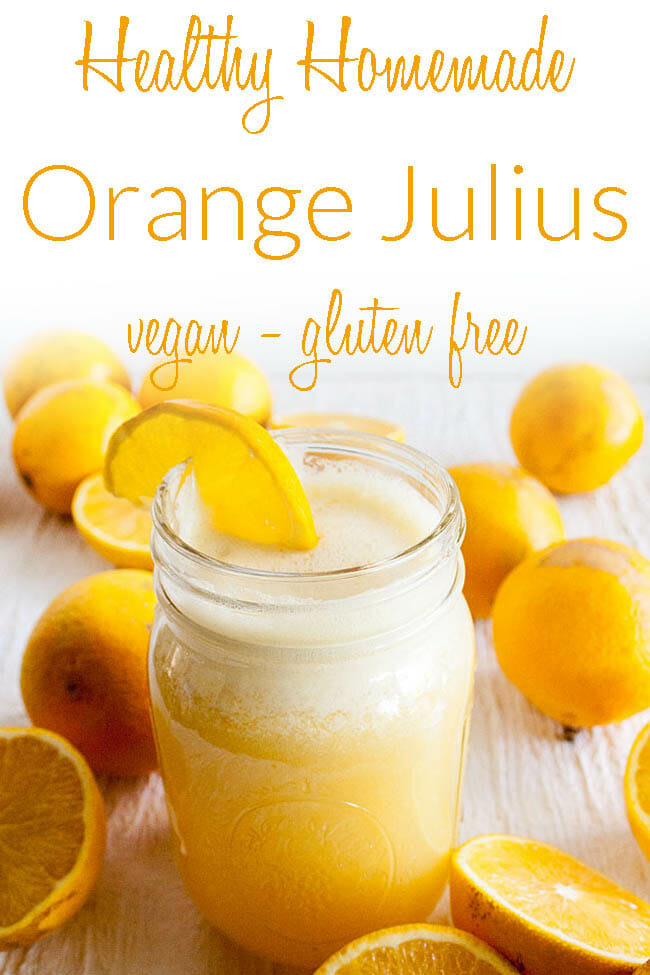