July 18, 2022 By Willow Moon
This post may contain affiliate links. As an Amazon Associate I earn from qualifying purchases.

These Vegan S'mores Brownies are sweet and rich. Aside from toasting the vegan marshmallows, they are a no-bake treat. 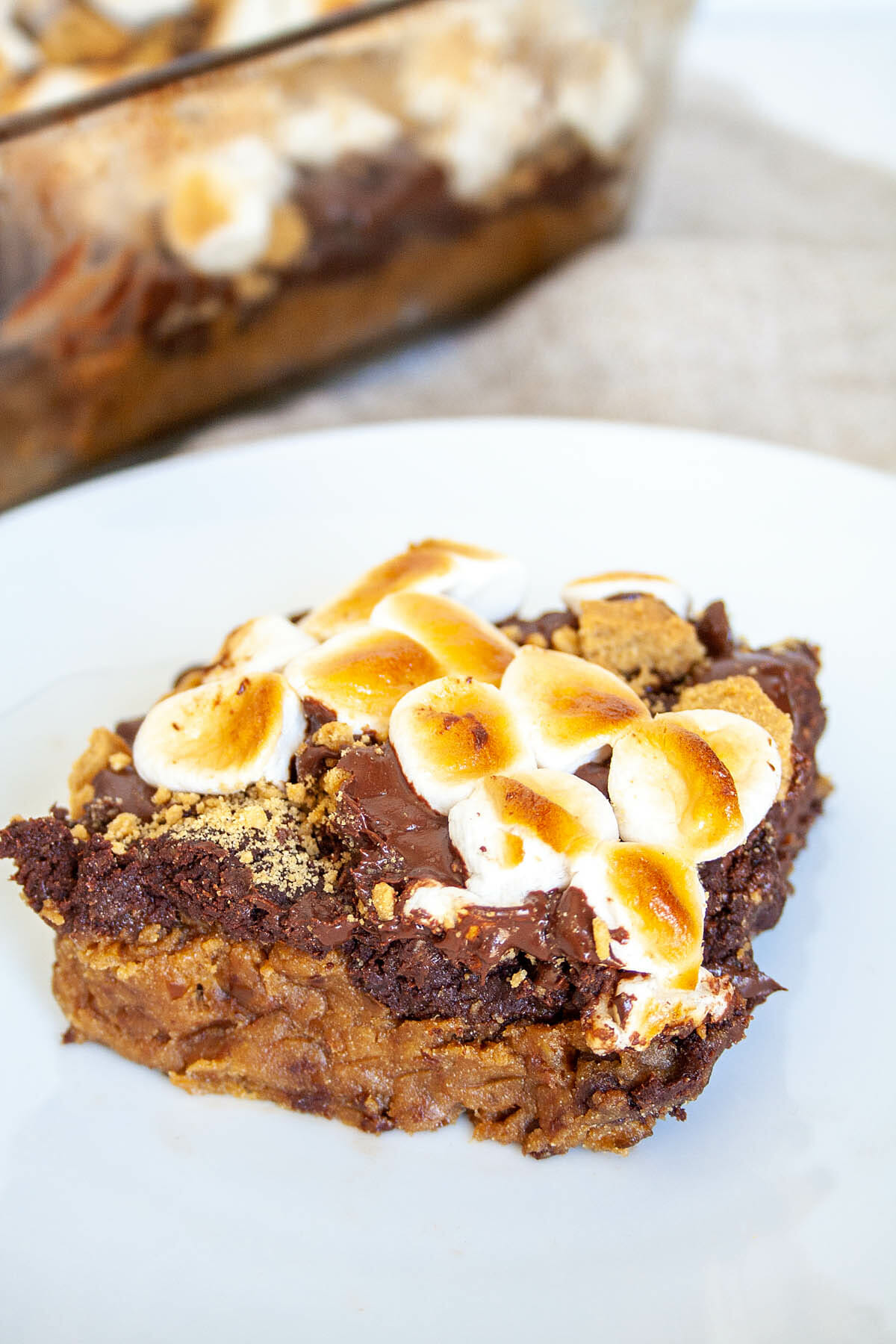 These Vegan S'mores Brownies are a great way to get your s'mores fix without a campfire. They are a no-bake treat except for toasting the vegan marshmallows on top.

These Vegan S'mores Brownies are sweet and rich. Aside from toasting the vegan marshmallows, they are a no-bake treat. Click To Tweet

What Are S'mores Made Of?

S'mores are made with a chocolate candy bar and marshmallows sandwiched between two graham crackers.

Most marshmallows are not vegan because they contain gelatin. Thanks to companies like Dandies, who make vegan marshmallows, vegans can enjoy them too.

Where Can I Find Vegan Marshmallows?

Whole Foods carries Dandies vegan marshmallows. They can be also be found at many natural grocery stores and on Amazon.

Trader Joe's also has vegan marshmallows. I've never tried them myself. I read somewhere that they are a seasonal item.

What Graham Crackers Are Vegan and Gluten Free?

For this recipe I used Kinnikinnick S'moreables Graham Style Crackers. The only other brand that I've seen that makes vegan gluten free graham crackers is Nairn's Oat Grahams.

Both are delicious. They can be found at natural grocery stores and on Amazon. I bought both brands at my local Sprout's. 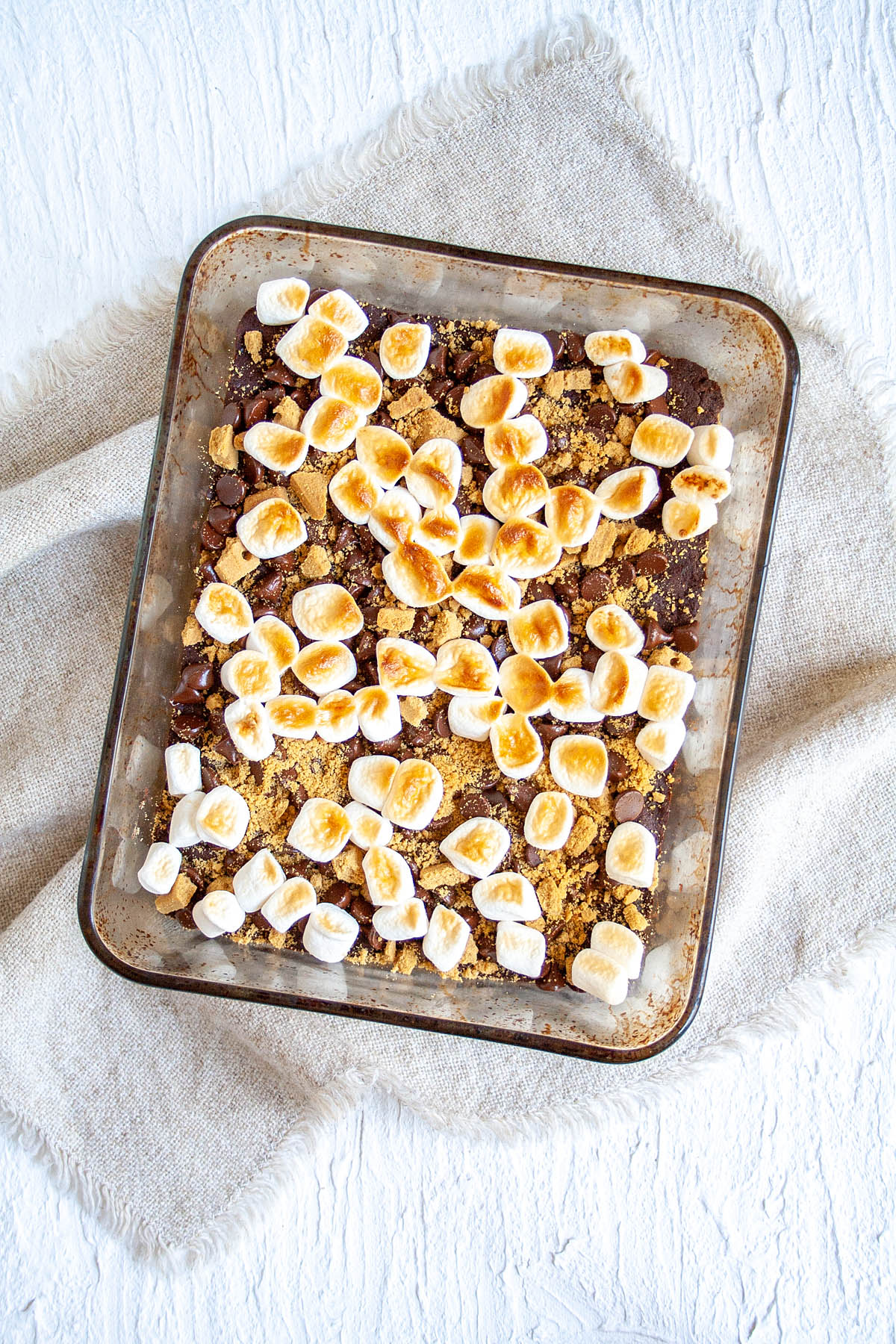 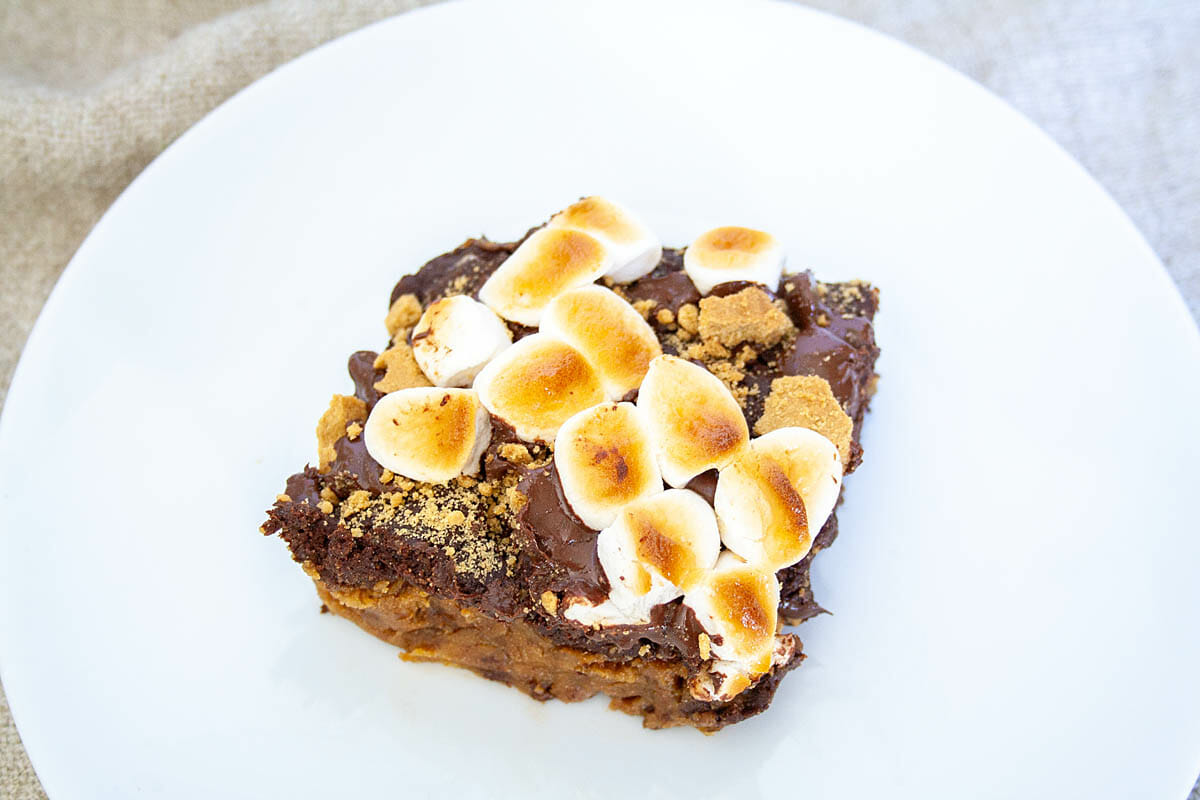 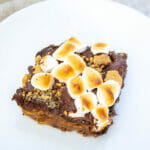 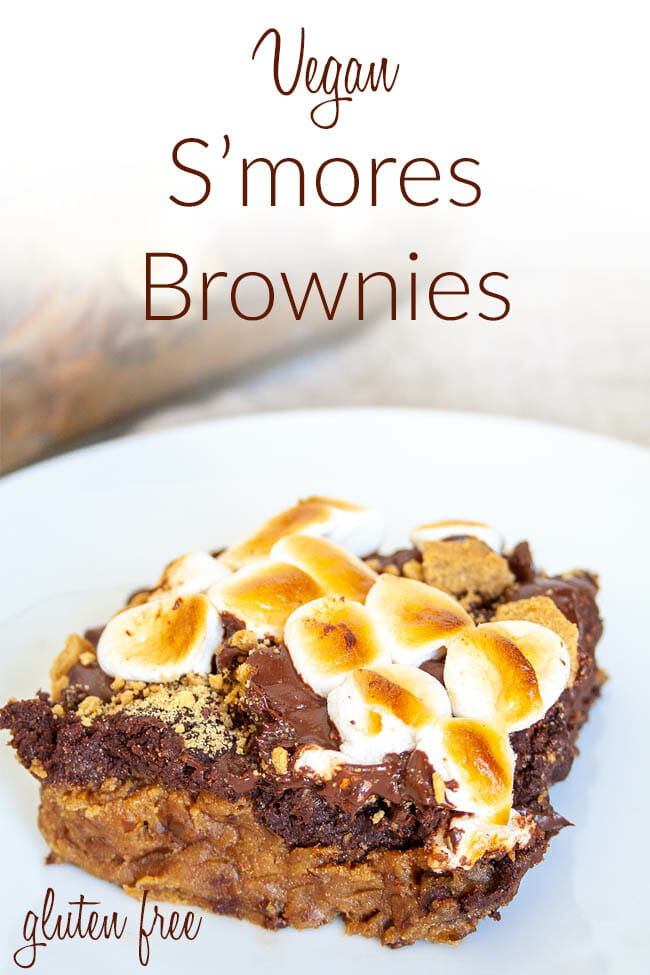