February 10, 2016 By Willow Moon
This post may contain affiliate links. As an Amazon Associate I earn from qualifying purchases. 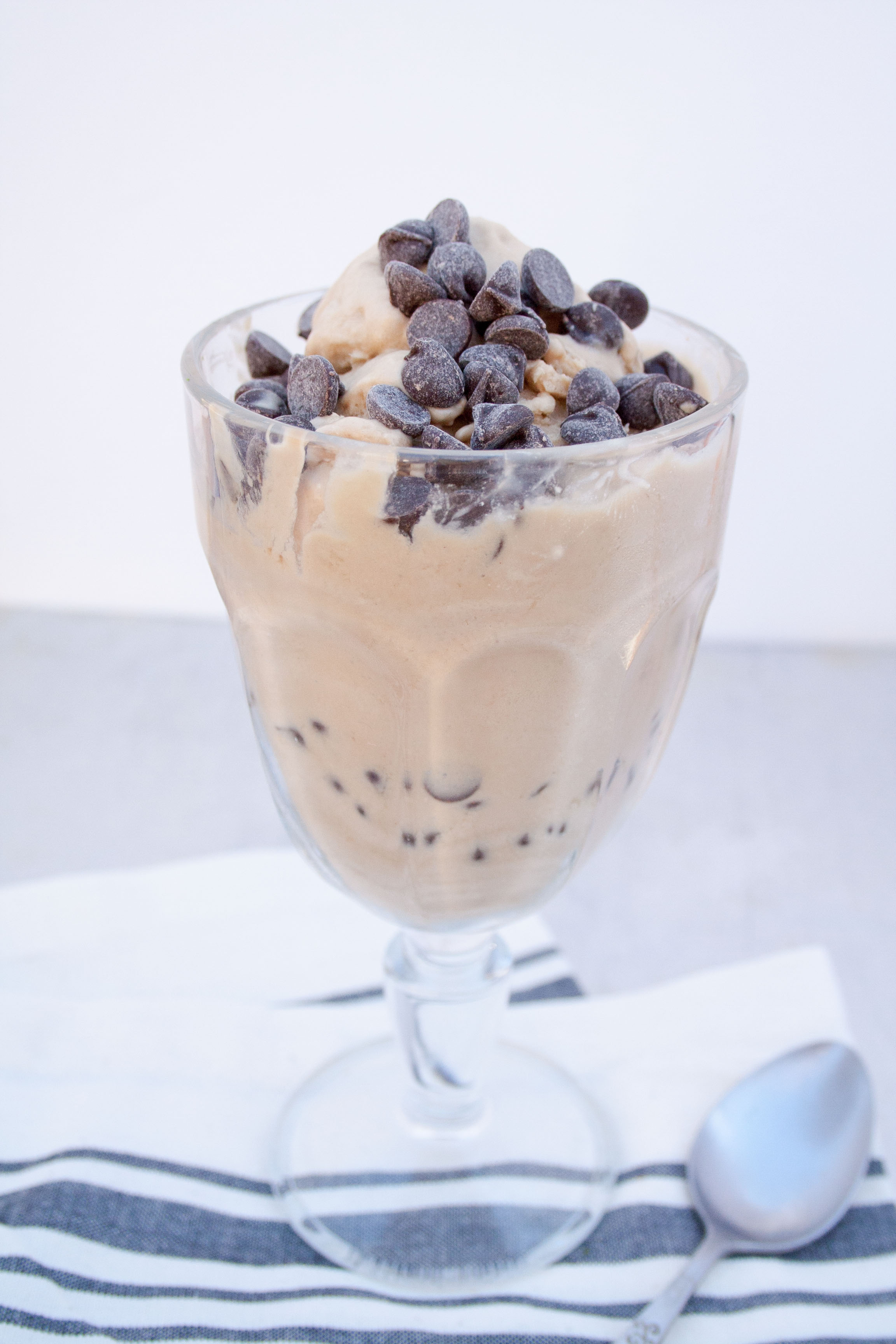 I am a big fan of White Russians. I made a Vegan White Russian awhile back that I fell in love with. I used Kahlua Midnight instead of the original Kahlua, because it has a stronger taste and higher alcohol content.

What is a White Russian?

A White Russian cocktail is usually made with cream, coffee liqueur, and vodka. Ever since going vegan sixteen years ago, I have been making them with coconut milk or soy creamer.

So I thought, why not make a Vegan White Russian Ice Cream. This has more coconut milk than the cocktail, to keep it rich and creamy.

This is truly an adult coconut vegan ice cream with a kick. It would work well in a cocktail float as well.

With Valentine's Day a few days away, I thought this would be perfect timing to post this recipe.

For those of you following me, you may have read that I am not the best at posting timely recipes. Not this time! I personally would love having this on Valentine's Day.

My favorite way to eat this is with chocolate chips. The coffee liqueur, chocolate, and coconut are a perfect combination. Chocolate syrup would be good on this as well.

To make this Vegan White Russian Ice Cream, you don't need an ice cream maker. This cocktail has creamy coconut milk and alcohol it is smooth and creamy.

When I made Cucumber Mint Sorbet, I learned that adding a touch of alcohol makes the sorbet softer and easier to scoop.

I made this recipe several times with variations each time. The first time I added brewed coffee. It was only ¼ cup, but it created ice crystals because of the water.

So I ended up using an instant coffee instead. You could use brewed coffee if you are using this in a float or slushy, but if you want a creamy ice cream texture, I would stick with instant coffee.

Top with chocolate chips, if desired. 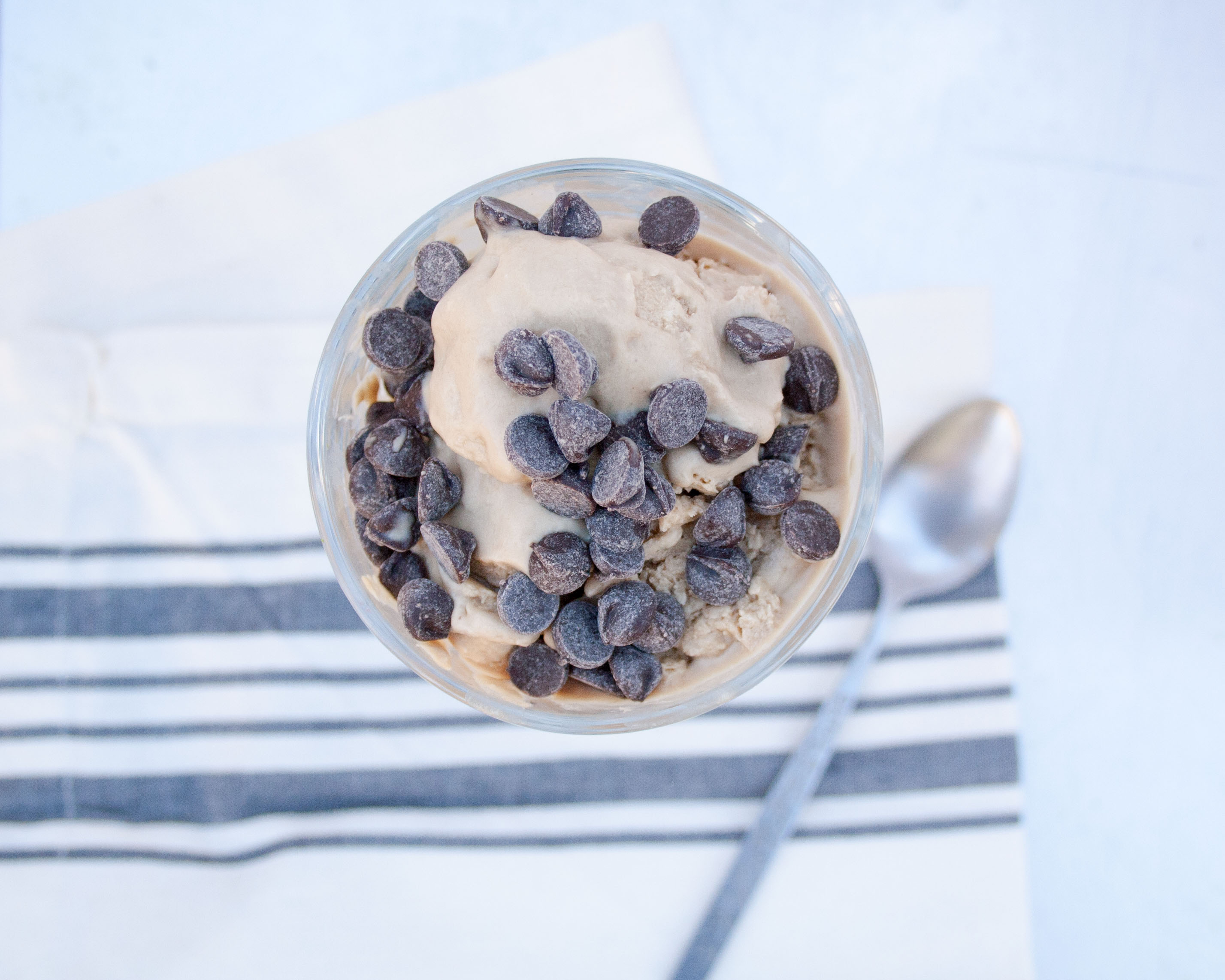 This no churn ice cream is truly an adult treat. If you like a Vegan White Russian, I think you'll love this vegan ice cream!

Did you know that Kahlúa has coffee? It sounds delicious. I couldn't find if it's gluten free though. 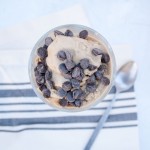 Most celiac associations consider distilled spirits to be gluten-free, even if they contain gluten grains, because distillation breaks down the harmful gluten proteins. However, if you have celiac disease, I would still use caution. If you are gluten free you may want to avoid coffee altogether. I personally have never had a problem drinking it, and I have a gluten intolerance. It is probably because I drink whole bean organic coffee, and grind it myself. I learned after posting my Vegan Bulletproof Coffee from some readers on Facebook that it can be problematic for people who don't tolerate gluten. So I did some research and one article mentioned to try organic whole bean coffee because it isn't highly processed causing cross-reactivity issues. So please do the research yourself, and test it out. I try to only post recipes that are 100% gluten free since I have a gluten intolerance. I am really careful about avoiding gluten in my daily life, so this was all news to me.