January 6, 2018 By Willow Moon
This post may contain affiliate links. As an Amazon Associate I earn from qualifying purchases.


These Keto Vegan Recipes are a great resource for anyone going on a vegan keto diet or cutting back on carbs. There's also some great recipes for adding healthy fats into your diet!

What is a Vegan Keto Diet?

A vegan keto diet is a high fat, low carb diet where you restrict the amount of carbs you eat. You eat healthy fats and a moderate amount of protein.

Doing this puts your body into a state of ketosis, where your body breaks down fat in the liver and produces ketones to be used as fuel.

I went on a vegan keto diet for about seven months last year. During that time I created quite a few recipes for the blog. I wanted to post a bunch of those Keto Vegan Recipes all in one place.

I also started a Vegan Keto Category, so that you can find the Keto Vegan Recipes altogether, and can easily see when I post new ones. There may be other vegan keto friendly recipes that I have forgotten about, so if you search by ingredient you may find some others.

All of my recipes are also on the Prepear App. It is a free app that helps you store all your recipes in one place. You can create meal plans or choose from meal plans that are already done for you.

Here are the Vegan Keto Plans and Cookbooks I've Created So Far:

Keep in mind that I do not have a nutrition calculator plugin on my blog, which I wouldn't trust anyway. When I was counting macronutrients I noticed that I would get different numbers depending upon the brand of an ingredient that I used. When you are trying to keep carbs down to 20 grams per day, the slightest difference in brands can make a huge difference.

I would painstakingly count the amounts of every ingredient with the help of apps. Some of the information I may or may not still have in my ipad.

I think many people who find the vegan keto and low carb recipes on my blog think that this is strictly a vegan keto blog. Sorry guys, it's not. I just happen to have some really popular Vegan Keto and Low Carb Recipes that bring people here.

The first part of these Keto Vegan Recipes is to serve as a resource. Don't think of it just as a resource for a vegan keto diet. It can also be for those of you who are cutting down on carbs, or wanting to add some healthy fats into your diet.

The second part of these Vegan Keto and Low Carb Recipes is where I talk about my experience with eating a vegan keto diet. This is just a resource, not medical or nutritional advice. I am not a doctor or nutritionist.

With that said, below are the Vegan Keto and Low Carb Recipes that I made while I was on a vegan keto diet. The first few months I was eating 20 grams of net carbs a day to get into and maintain ketosis.

I used ketosis test strips to check that I was in ketosis. There are other ways to check, but that's what I used because it was an inexpensive tool.

I slowly increased my net carbs, so some of the recipes are for the beginning stages of a vegan keto diet, while others are for when you can include more carbs in your diet. You can adjust the portions accordingly.

These Keto Vegan Recipes are a great resource for anyone going on a vegan keto diet or cutting back on carbs. There's also some great recipes for adding healthy fats into your diet! Click To Tweet 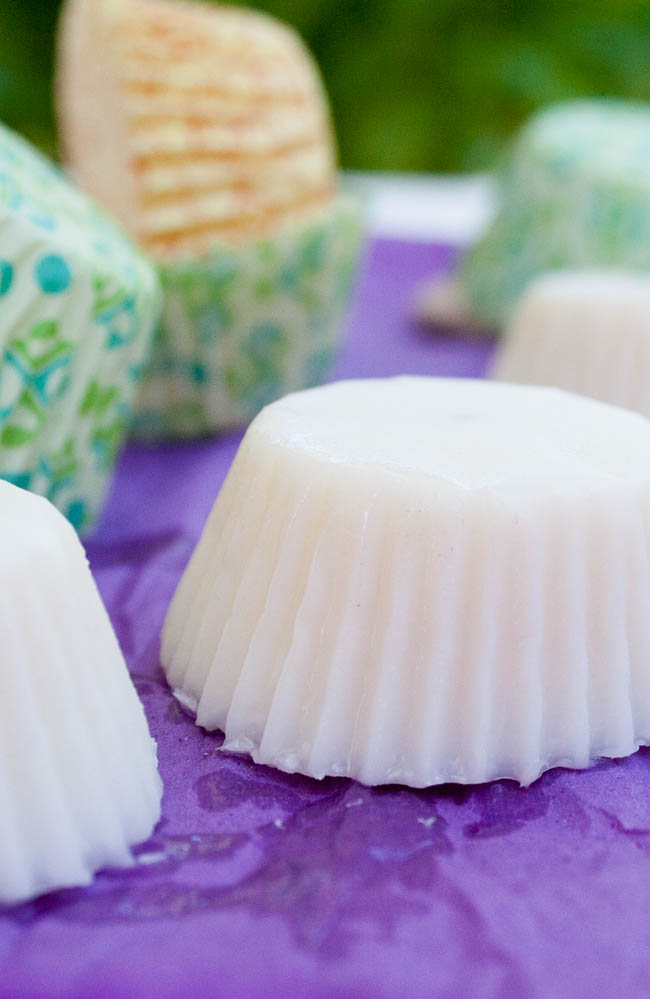 These little gems were the first fat bomb recipe that I created. They became very popular right after I posted them. This year I posted a recipe where I added lemon juice and lemon zest to that recipe to make them into Lemon Coconut Fat Bombs.

Vegan Bulletproof Coffee is a great way to start your day. Personally, I had to have something to eat before my morning coffee, but many people start their day with a bulletproof coffee. 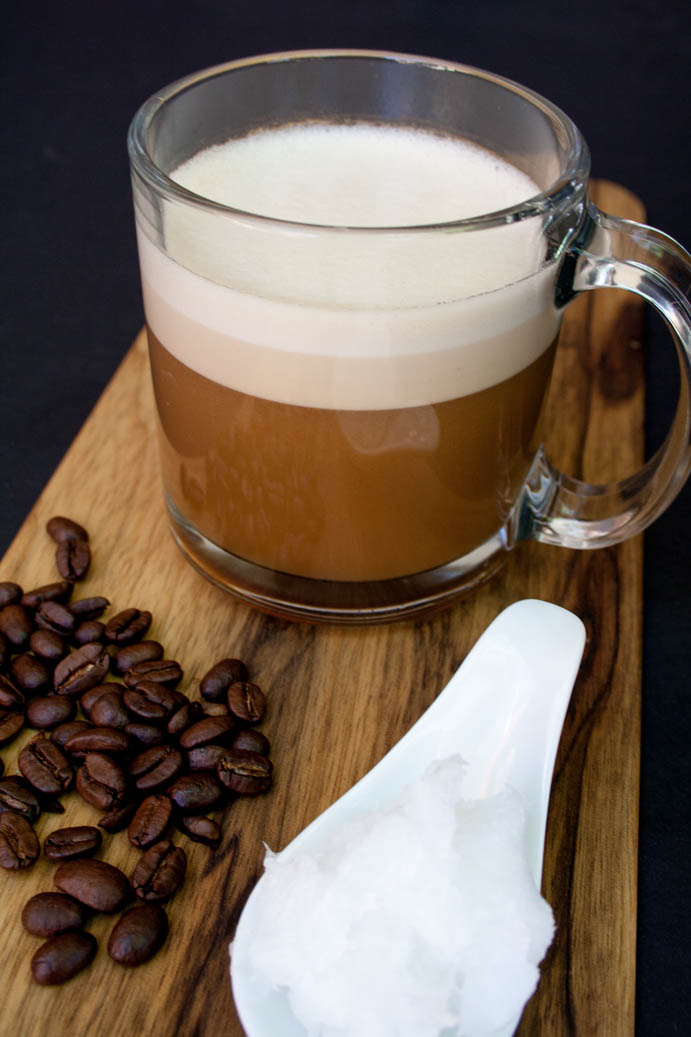 Coconut oil adds a creamy taste and texture to this vegan keto coffee.

It is something to research for yourself. If you have Celiac disease, I would stay away from this one. You could always have Vegan Bulletproof Tea instead. 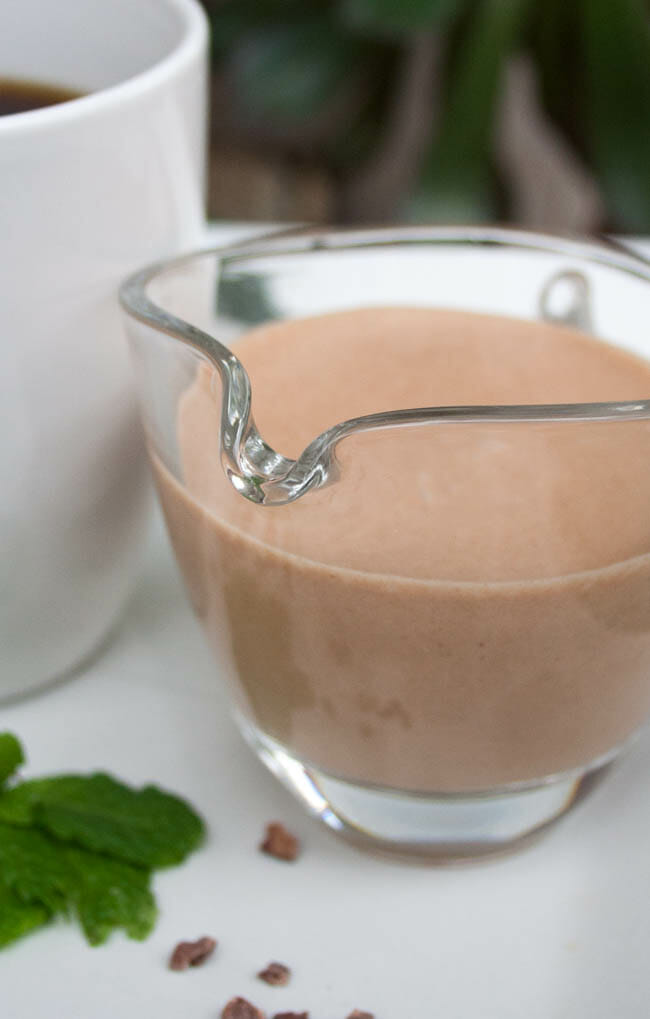 This sugar free coffee creamer with full fat coconut milk and unsweetened almond milk will take your coffee to another level. You won't even notice that it is sugar free!

Main Dishes and Side Dishes 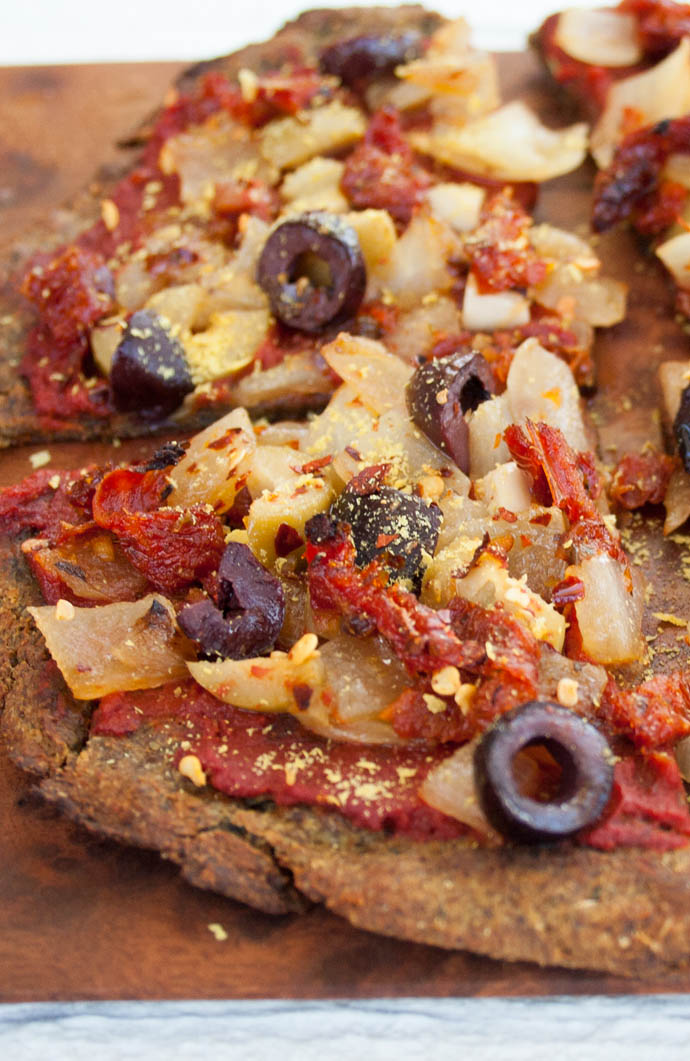 Who says that you can't have pizza on a vegan keto diet!

This pizza crust is grain free, nut free, and low carb! I made this recipe many times while on the vegan keto diet. Just make sure to squeeze out as much water out of the cauliflower as possible for the best results. 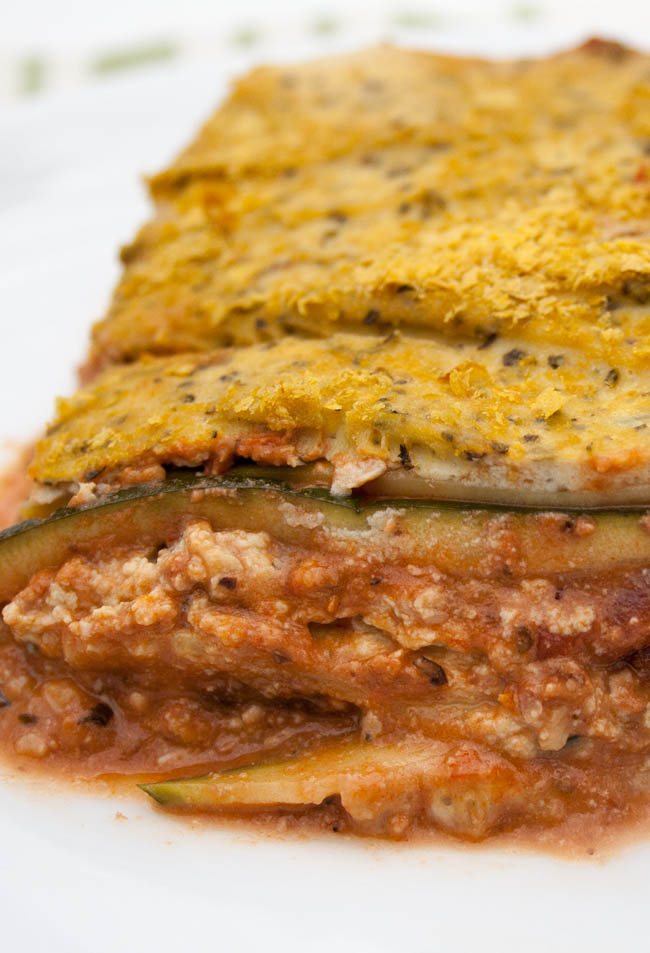 For Christmas last year I wanted something indulgent and comforting, yet healthy. I was still on the vegan keto diet, so it had to be low in carbs. This lasagna was what I came up with.

It was one of the best things that I ate while I was on the diet. 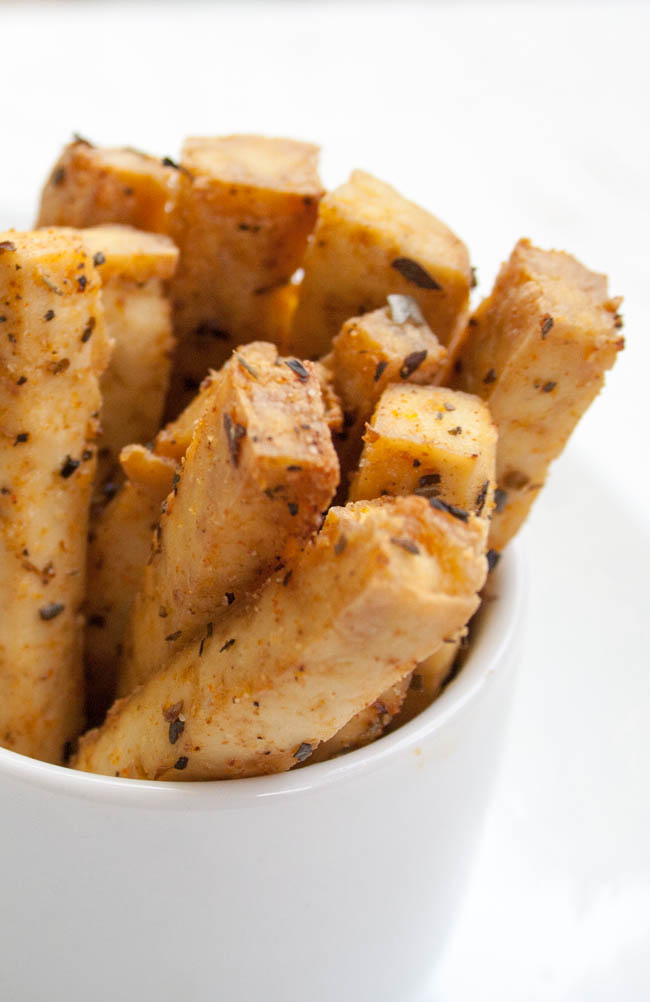 These tofu fries are truly addictive! I ate them with Raspberry Chipotle Ketchup, which contains a small amount of sweetener. You could always swap out the agave syrup for a sugar free sweetener or use your favorite dipping sauce.

I ate a fair amount of vegan mayo when I was on the diet. You could add your favorite flavors like sriracha or curry to the mayo to make a flavorful dip. 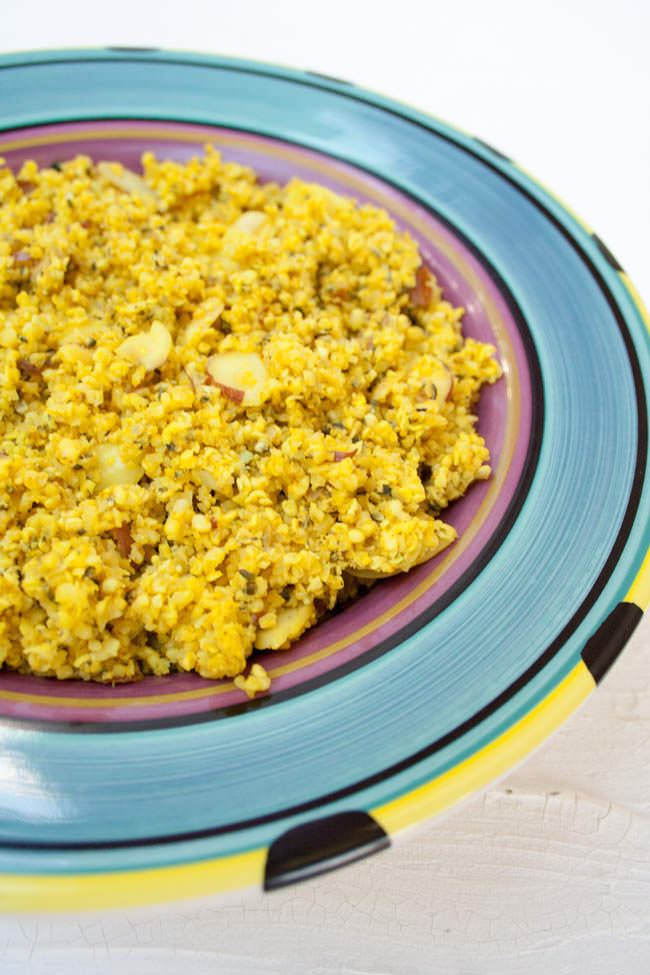 Cauliflower was one of the low carb vegetables that I ate to get in some veggies. This Hemp Seed Cauliflower Rice Pilaf is sweetened with dates, so depending upon where you are on the diet, you may want to cut the amount in half.

I actually made this recipe with half the amount when I was on the diet, then posted it later with more dates when I was off the diet. 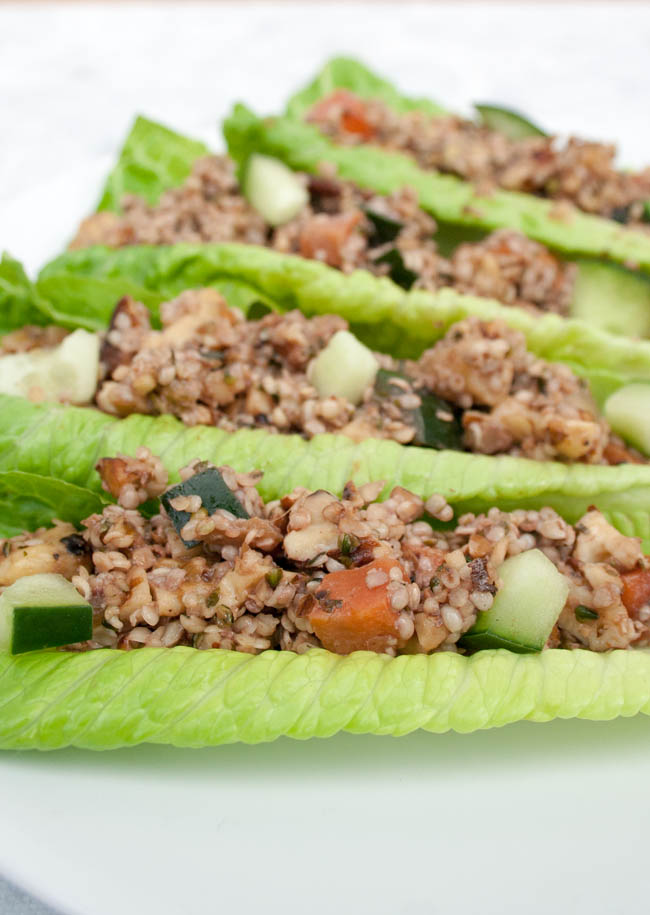 These sweet and savory wraps are packed with flavor. They are light, yet filling with walnuts and hemp seeds.

Other Vegan Keto and Low Carb Main Dishes and Side Dishes 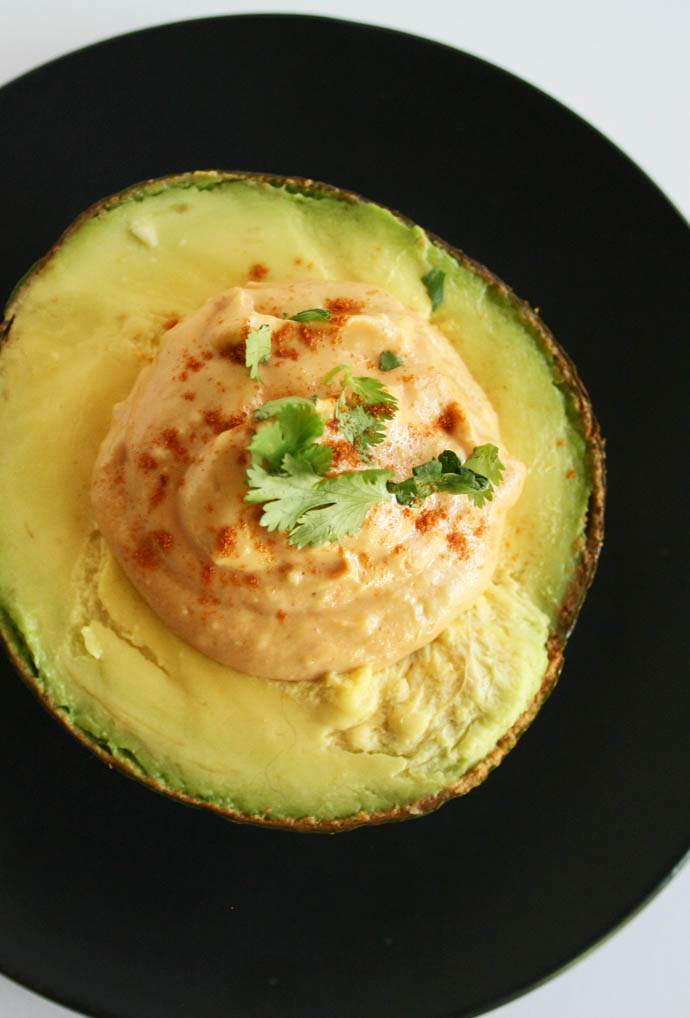 I actually created this recipe early on in my blogging career, but this is a perfect snack for the vegan keto diet, since avocado is a healthy fat. Besides avocados, my healthy fat intake came from coconut oil, almonds, macadamia nuts, and walnuts.

This has vegan mayo which I ate quite a bit of on the diet. While it's not the healthiest of fats, it was nice to have a condiment that didn't upset the balance of my macronutrients. 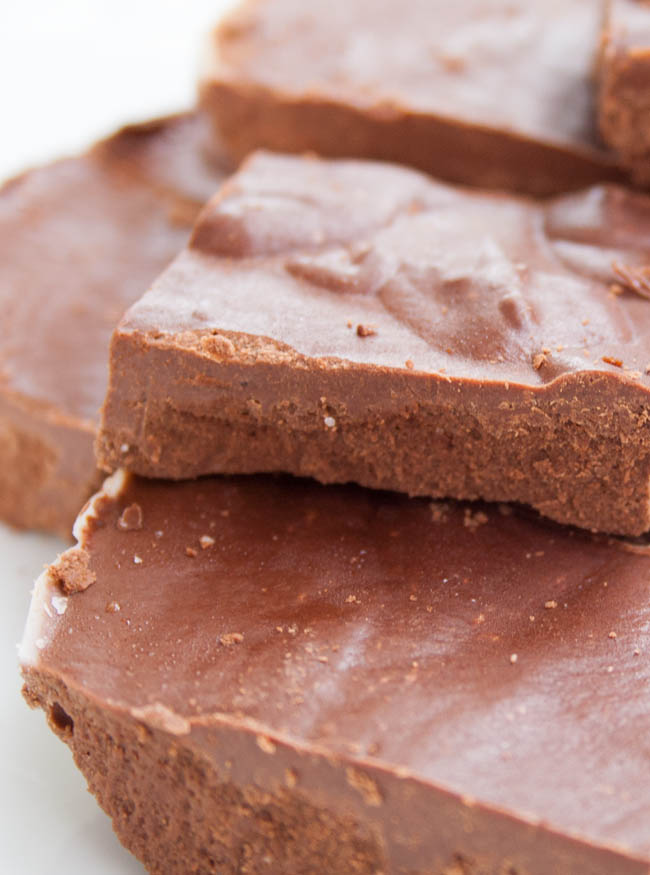 This fudge was one of the recipes that I created during the holidays last year. Who says you can't satisfy your sweet tooth while eating a low carb sugar free diet!

They certainly satisfied my chocolate cravings! 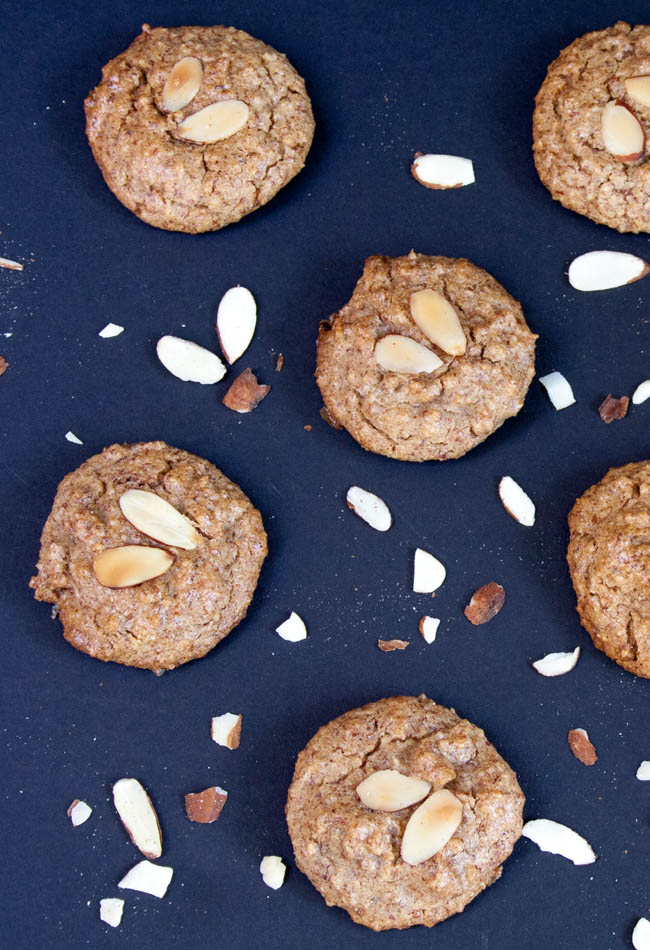 These cookies were one of my favorite snacks during my vegan keto phase. They were a nice change from the fat bombs, and it was nice to have a warm sweet treat. I would warm them up in the oven or microwave to give them a right-out-of-the-oven taste.

If you love almonds, I think you will like these!

For the first time in sixteen years I did not experience any seasonal allergy symptoms that I've had since moving to the Southwest. I literally looked at the calendar one day to realize that the Fall allergy season came and went. That amazed me and made me realize that my normal routine should include less carbs when I was to resume it.

I did not feel hungry or deprived. Eating a high fat diet with a moderate amount of protein makes you feel satiated.

I lost weight, but I wasn't as tight and compact as previous years when I lost weight. To be fair, in the past I focused more on building muscle while eating healthy, so that had a lot to do with it.

Food wasn't as fun. This could be said for any diet you go on for weight loss, but being a food blogger, I am a big foodie. I craved more variety.

Being vegan and gluten free already limits me. I have been vegan for 19 years, and that has never been a problem. When I found out that I was gluten intolerant, I had a lot to get used to.

Going on the vegan keto diet seemed even more restricting because I had to count macronutrients, make sure I was getting enough fat and protein, and give up a lot of the foods that I love.

I normally eat a lot of beans, and really the only bean that doesn't have a lot of carbs is edamame, and even that should be consumed in small amounts.

I personally wouldn't do the diet for a very long period of time because I started to get leg cramps a lot near the end. My advice (keeping in mind that I am not a doctor and you should do the research yourself), is that you really need to watch how much potassium, magnesium, and sodium you are getting each day.

Even though I added those into my diet, I may not have been getting enough, hence the leg cramps. I also may have had a few too many low carb cocktails that might have depleted said minerals. I have read other posts from vegans who went on the diet who had no problems. I don't know if they were on it as long as I was, but it is something to watch out for.

There are other side effects as well when your body is first adjusting, like difficulty focusing, flu-like symptoms (keto flu), drowsiness, frequent urination, constipation, diarrhea, and reduced strength and physical performance. Most of these symptoms occur mainly in the first few days, while others can come and go depending upon how many electrolytes you are getting and your macronutrient intake.

There was one person who I watched on youtube who was on a raw vegan keto diet who showed what she ate in a day. That might be the way to go if you want to avoid processed and cooked foods. For all I know it might be a good way to avoid the side effects of leg cramps because you are eating whole plant based foods and getting high quality nutrients.

However you decide to do the vegan keto diet make sure you do the research and get a good app to count all your macros.